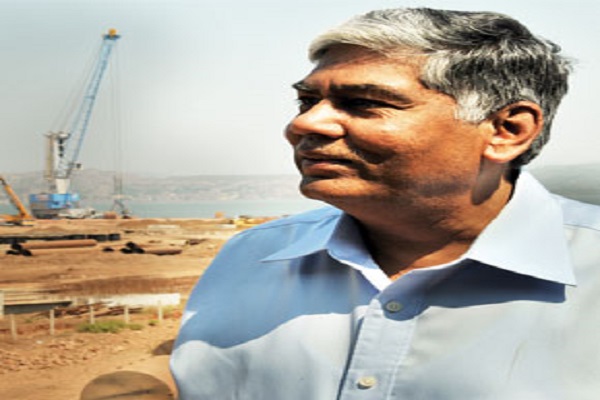 Dighi Port accords great importance to the development of infrastructure, so as to ensure seamless connectivity for cargo transportation, says Vijay Kalantri, CMD, Dighi Port, in an interview with Poulami Chakraborty of Elets News Network (ENN)

How important is the concept of port-led development? What measures are being introduced by Dighi Port to initiate and enhance the module?

It has been estimated that around 90 per cent of the world’s merchandise and commodity trade is transported by ships. This strengthens the importance of ports in international trade. Ports not only facilitate movement of goods into the hinterland, but also cater to the neighbouring land, thereby spurring a host of economic and infrastructure activities, such as roads, railways, telecommunications, power, etc. Ports create jobs and generate large-scale employment, providing fillip to the growth and development of the region it serves.

All mega cities around the world are port cities – a clear example of port-led development.

Dighi Port Ltd is setting up the first private port in the public-private space near Mumbai and is also establishing a Special Economic Zone (SEZ), inclusive of a Free Trade and Warehousing Zone (FTWZ) around the port with modern infrastructure. The port is equipped with state–of–the-art facilities and forms an integral part of the Delhi–Mumbai Industrial Corridor (DMIC) and will have access to the Dedicated Freight Corridor (DFC). The company’s growth prospects hinge on sound infrastructure policy supported by pragmatic investment policy. The speedy infrastructure development in the country in terms of roads, railways, ports, power and telecommunications will provide the necessary impetus to Dighi Port and enable it to improve the overall economy of the region.

How do you view the growing competition in the private port sector?

The entry of the private sector into the port space has no doubt intensified competition among the players. In keeping with the demands of ever-growing international trade, the port developers are trying to keep abreast of the changing needs of port operations. Ports are being equipped with modern and sophisticated equipment in accordance with the international standards and there is increasing focus on streamlining port and logistic operations to ensure speedy and smooth movement of goods.

What steps are being taken by Dighi to ensure seamless connectivity for cargo transportation? What investments are being made for the same?

Dighi Port accords great emphasis on the development of infrastructure to ensure seamless connectivity for cargo transportation. An investment of approximately `1,500 crore in the road and rail connectivity projects is envisaged. The Port has established the following facilities:

With the gateway ports in Mumbai currently working at full capacity and even at stretched capacity, Dighi Port, with its strategic location and well- planned infrastructure, has geared up and is ready to handle the cargo generating from North, West and Central India in a hassle-free and an economically viable manner. The Port offers entire value chain under one umbrella.

What measures are being taken to develop the Port further? How will this ensure progress and development of the State?

Recently, the Dighi Port commissioned the longest operational quay length for a non-major port in Maharashtra that has been developed at an investment of approx `2,500 crore in Phase- I encompassing five berths with an installed capacity of 30 million tonne, 14.5 metre depth across a land bank of 1,600 acre.

Further, it is being developed in a phased manner to facilitate handling of 100 million tonnes of cargo. It is the only port which has got the permission to build a Liquefied Natural Gas (LNG) terminal and also a port-based SEZ, inclusive of a FTWZ giving all the characteristics to become a transshipment hub.

The entry of the private sector into the port space has no doubt intensified competition among the players. In keeping with the demands of ever-growing international trade, port developers are trying to keep abreast of the changing needs of port operations

How does the Dighi Port ensure seamless connectivity to all the economic corridors?

The Ministry of Railways had approved implementation of Dighi Port-Roha Rail connectivity through JV route between RVNL and DPL in February 2015. The estimated cost of the 34 km Dighi Port-Roha Rail project is `800 crore. It will have provision for running of doublestack container trains and heavy freight trains, and will be constructed as a feeder route to DFC linking JN Port with Ludhiana.

The MoU is signed with the Government of Maharashtra for widening and strengthening of 100 km of road (SH-92, SH-96 and SH-97) connecting both the banks of Dighi Port from NH-17 for smoother movement of port cargo.

The development of rail and road connectivity will provide seamless connectivity to all the important economic corridors, such as DMIC, NMIZ, Sagarmala project and Coastal Economic Region to connect the southern, central and northern parts of the country.