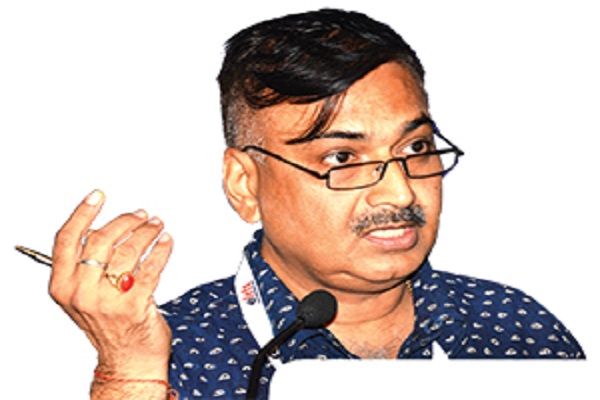 What is the mandate of the Urban Development Department in Andaman & Nicobar Administration?

The overall mandate of the Urban Development Department in A&N Administration is to deal with the activities of the sole urban local body – Port Blair Municipal Council (PBMC). The Council has 18 wards at present, which is now to be extended to 24. The area of the council will increase from 17.74 Sq.Km to 41.26 Sq.Km. The delimitation exercise commenced in February 2015 and was completed on 3rd April 2015.

The Urban Development Department provides budgetary support to the Municipal Council and in turn PBMC provides basic civic amenities, such as water supply, street light, cleaning and sanitation, including management and disposal of municipal solid waste. The Council is also regulating the construction of buildings as per building by-laws and the Master Plan. The Department facilitates Municipal Council to implement centrally-funded schemes as well.

What are the various new initiatives being undertaken by the Urban Development Department?

As part of the recent initiatives, Port Blair has been proposed by the A&N Administration to the Government of India to be picked up as a Smart City. It is a Port City since British times and recently tourism has been laid emphasis on; so, it is required that a new look is given to the city. The overall impression of the tourist when they arrive is that ‘Port Blair is a Clean City, and that it should be kept up’. Under the Swachh Bharat Campaign, more community toilets are being built besides initiatives for scientific disposal of solid waste. Projects proposals worth `3.5 crore have been submitted to the Central Government. Programme and its implementation will commence shortly.

For the upgradation of slums under the centrally-sponsored schemes, the consultant carried out the survey work, and it is expected that at the ground level, work will begin after three months under the Rajiv Awas Yojana.

As per 2011 census, there are 65 persons, who are listed as homeless persons in the towns of entire UT. Recently, we have conducted a fresh survey to ascertain the exclusive details of the urban homeless in Port Blair city for planning and to construct shelter for them with basic services.

At present, there is no sewage disposal system. A sewage disposal scheme for Port Blair town and its adjoining area has been prepared recently and we have proposed for sanction and funding to the Ministry of Urban Development.

The Andaman & Nicobar islands have a high literacy rate. In addition to this, the environment is clean and green. With the proposed undersea cable laying, connecting mainland to the islands, Port Blair is ready for growth in the IT sector

What according to you is the scope to create a Smart City out of Andaman & Nicobar region?

The A&N islands have a high literacy rate. In addition to this, the environment is clean and green. With the proposed undersea cable laying, connecting mainland to the islands, Port Blair is ready for growth in the IT sector. Being a tourist destination, there is tremendous scope for Port Blair to develop as a Smart City.

As one of the key policymakers, what is your vision for building smart cities in India or upgrading existing cities into smart cities?

Smart cities are an opportunity for growth of individuals and infrastructure as well as for businesses. For building a Smart City, we have to move from micro to macro. We have to identify the ‘core competence’ of groups of people and bring them around an ‘activity’ by identifying their natural intelligence and talent. It should provide ease in working, decent earnings, affordable housing and reduced time and cost of travel between home and work place.

We can build a Smart City as an extension of the existing city or building on a green field area. Existing cities can also be refurbished or re-modelled, but it is a costly option. Building a Smart City involves huge funds and the State Government cannot fund this exercise entirely. The private sector participation is also required not only for investment, but also to build communities for a decent standard of living.

Do you see any challenge in creating smart cities?

Challenges are in terms of funding, infrastructure, physical connectivity and e-connectivity, finding market for produce/services and identifying one or more ‘core competence’ and ‘activity’, along with building from ‘micro’ to ‘macro’.

What are your thoughts with regard to bringing about more and more eGovernance in delivery of government services to the citizens?

In today’s world, living without a computer or a mobile phone is unthinkable; in fact, the mobile phone has almost become a part of the human body. An increasing number of computer applications will also come on mobile phone. In fact, many of these functions are now already available on the mobile and its usage will increase in future. That’s why, its speed, memory and battery capacity as challenges are being addressed to by the industry at a fast pace. With the available information, people are becoming more aware and conscious of their rights, leading to a rise in the expectation level of citizens from the Government in terms of quality, speed of delivery, ease of interaction and reduced cost of delivery.

As time passes by, more and more Government services are expected to be dispensed online for easy access of the citizens. With the presence of mobile and RTI Act, the citizens are expecting the services of the Government in a much faster manner. The Government will have to meet this expectation proactively through eGovernance.