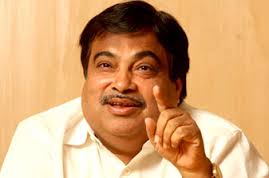 The government has said that it will introduce Motor Vehicles Amendment Bill in the next session of Parliament to end malpractices in Regional Transport Offices (RTOs) across the country.

Union Minister for Road Transport and Highways Shri Nitin Gadkari said here that the Amendment Bill is being made, based on the best practices of developed countries, like the USA, Canada, Singapore, Japan, Germany and the UK.

Gadkari said the Motor Vehicles Act has become obsolete and it needs to be changed for ending corruption in RTO offices. The transport department will be linked to e-governance for bringing total transparency and easy and hassle-free services to the people, he added.

Addressing the Indian Road Congress meeting recently, Gadkari said he had committed to Prime Minister Narendra Modi that Road Transport, Shipping and Inland Waterways will yield 2 percent extra to the GDP of the country. He said that the highways sector is passing through a bad phase and 19 out of 51 road projects had to be dropped for different reasons. He also lamented that not a single kilometre of highway network could be added in the month of July and pulled up officials and other stake holders to speed up the process to achieve the target of building 30 kms of highways per day in the next two years.

The minister urged the Indian Roads Congress to concentrate on Research and Development and Designing as per the global standards. He said this is the right time for the road sector and there will be no dearth of resources including foreign funding but all should focus on time-bound completion of projects.