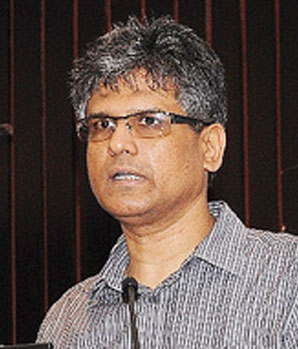 The Government of India’s plan is not only about creating 100 green-field smart cities, but it also entails the vision of making existing cities ‘smart’, Prof Jagan Shah tells Souvik Goswami of ENN

Give us an overview of the overall functioning of the National Institute of Urban Affairs.

The National Institute of Urban Affairs (NIUA) is a think tank that works closely with the Ministry of Urban Development, Government of India. Our mandate is to inform the policy making of the Government of India on matters related to urban development. The Institute also takes up research work pertaining to the housing infrastructure in the country. Our functions include research work as well as advisory on policy matters.
Besides, we also organise networks of stakeholders in the urban sector in India on behalf of the ministry. NIUA manages the ‘India Urban Portal’, which is India’s premier portal on urban development-related matters. In addition to this, we also work closely with international multilateral agencies to do research work on emerging issues like impact of climate change on cities and the effect of migration on cities. I would say that NIUA works with a broad mandate on every aspect of urban development. Personally, I am interested in the concept of smart cities, and ever since I took charge of the Institute as the Director, the institute has started research work on smart cities.

What kind of research work has the NIUA initiated in the field of smart cities?

At present, we are looking at doing focussed research for the City and Industrial Development Corporation of Maharashtra (CIDCO). It is India’s largest development corporation. CIDCO is interested in making all of their cities ‘smart’.
We have to define what that ‘smartness’ is going to be. They have already initiated various measures in Navi Mumbai. We are on the verge of commencing work on the CIDCO Smart City Chair programme, and it will do focussed research on CIDCO’s own development work as well as train the functionaries within the organisation in the field of building smart cities.

The Government of India has envisioned creation of 100 smart cities. Share with us your opinion on that.

Smart city development is no more an option; it is actually a necessity. But let me clarify that the Government of India is not only looking at creating green-field smart cities. In my opinion, the government has also envisioned the concept of making existing cities ‘smart’. We must understand that the existing cities suffer from various endemic problems, such as multiplicity of agencies, overlap of functions between local and state governments, finance, etc. In this kind of scenario and given the rate at which cities are growing, we must realise that we do not have time on our side.
I think that Private Public Partnership (PPP) model is the only way forward. Private sector players, who are interested in investment for building smart cities, they will want balanced book of accounts. They will also look at mitigation of risk and that is only possible if there is intelligent management of urban systems. Smart cities are basically cities which are managed in an intelligent manner.

In this context, will Information Communication Technology (ICT) play a vital role?

The Information & Communication Technology will play an important part in making city management systems more intelligent. Real time data can be generated simply by tracking various systems like transportation, water supply, tax collection, etc., and then that data can be used to inform decision making. We need this kind of smartness and intelligence in our cities. ICT allows us to do things faster and in a more accurate manner. Citizens are not willing to accept discretionary decisions, as they want decisions based on evidence. It brings accountability and transparency. Technology has transformed the world and now it’s is transforming India.

Do you think that the process of creating smart cities should be started with pilot projects?

I believe you are asking me this question because you have a doubt in your mind that if we don’t start with a pilot project and attempt a larger scale, then there will probably be problems. But how do you justify piloting it in just two or three cities, when we are dealing with more than 4,000 cities? Try to understand that pilots take time. By the time a pilot project is finished in 5-10 years, everything will have changed.
There is no reason to hold back. I think that is why the government has planned to create 100 smart cities, and that is not a big deal if we take the number of states in our country. It would work out to an average of three cities per state, but larger states can develop more cities.

“ICT plays an important part in the making of a (smart) city… Real-time data can be generated by tracking various systems like transportation, water supply, tax collection, etc., and then that data can be used to inform decision making”

What according to you will be the main challenge in creation of smart cities?

Willingness of the state governments, I would say. That will be the main challenge, according to me. There will be a kind of fear of the unknown. States will be apprehensive about how will things work out. Uncertainty will prevail. We have to overcome all of that.
We also have to address the issue of relations between the government functions and ICT service providers. Then there will be issues of data privacy. It will be a challenge also. But I think all of these challenges can be addressed efficiently as these exist in the realm of the known. In terms of infrastructures, a lot of them like broadband and mobile telephony are already in place or on the verge of getting implemented.
At the end of the day, I believe that if there is vision and commitment, all challenges can be overcome.

Where do you see India in next 10-15 years in terms of urban development and creating world class urban infrastructure?

We have to provide basic services to every citizen in the country. Even villages need to be smarter and need to be managed in a better way. We have to reverse the distress migration in the country. Minimum standards of services have to be provided to every citizen. I think within a decade India can achieve what it aims for. But it has to be through and in partnership with the citizens.