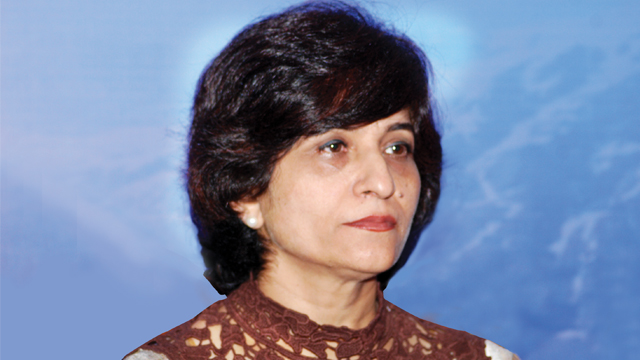 Tell us about the cloud in government initiative, also known as ‘GI Cloud’?
The Government of India has undertaken a major initiative to accelerate the Information and Communication Technology (ICT) procurement process in the country through a cloud initiative, which we call ‘GI Cloud’ or ‘MeghRaj’, wherein ‘Megh’ stands for the cloud and ‘Raj’ means the government. Given the fact that procurement processes are quite lengthy in the government ecosystem, MeghRaj is primarily meant to accelerate the system. If you really want to deliver services fast, it’s extremely important that you are in a position to buy the services, just as we do online shopping now-a-days.

It should be like I go and buy a server…I go and buy an application. So, we are looking at a paradigm shift in the way the government can procure the services fast. We want to move from the current procurement model to a utility-based one, like you pay the electricity bill depending upon the consumption… It is like moving from the Capex to the Opex model. Similarly, through the cloud technology, we are trying to move from the Capex to the Opex. Based on the demand, it will be easier to consume the IT resources. And, it will have a great benefit even in terms of cost saving. In e-governance, every state is a country unto itself. It’s so huge. It has its own administrative setup and own requirements. Here, a cloud enabled application could come in handy as it is highly configurable. They can be liberalized as per the specifics of various states.

We have lots of state- and national-level data centres and what we have realized is that in a State not even 50-60 percent of the departments are on board and the data centres are 60 to 80 percent utilised, as because primarily the model is collocation model. In a collocation model you are having your own license, your own AMCs that is power consumption, whole lot of maintenance issues. Here I give the whole thing in a cloud and in an optimized manner, it is going to save the date centers operation, power, cooling, licenses, AMCs. So with a technology like cloud we are in a position to optimally use the infrastructure and expedite the procurement in the government sector.

What all are you doing for enabling the ground technologies?
In fact we came up with two reports last year. One of them is strategy direction paper, and another, the implementation road map. Both reports talks about the cloud architecture that we are setting up in India. Now we are going to have clouds on our existing data centers that are the national data centres of the National Informatics Centre (NIC) or the State data centres. These are fully owned government clouds. Apart from that we are also trying to have clouds which could be setup by the private sectors, dedicated for the government.

It could be a cloud setup up for specific government department by a private sector or it could be cloud setup for multiple departments, where we will be liberazing the public clouds. So we are trying to have different category of clouds. But all of these will have to adhere to the government initiated policies, standards and frameworks, in respect of security; contractual agreements as well as privacy so that some of the concerns that people have could be taken care of. We are going to have a complete accreditation process. And all the cloud office providers which are accredited under the MeghRaj, will only be allowed to provide services to the government departments. So any user department that wants to see are the cloud service providers could go to one place, where all the service level agreements (SLAs) and necessary security will be made available to them. The government is going to setup a huge system in itself. 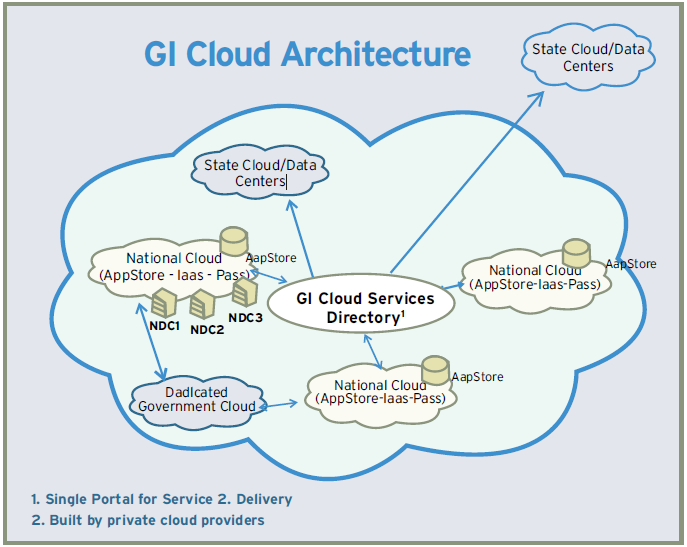 Do you see any role for the cloud auditors in the process?
Yes, we do. In fact, we are going to empanel cloud auditors, who will be auditing the service providers. And based on the sensitivity of the data and demand requirement, there will be a guideline for them as to what kind of a cloud they should use for an application. We have already started working on a risk based cloud assessment framework, which will be made available to the departments in identifying which is the suitable cloud for them. We are going to setup a cloud management office in the country which will have three different groups.

One will be an architecture management group. This group is primarily going to evolve and draft the necessary guidelines, frameworks, standard, and policies on behalf of the government. Then it will be going though necessary process and consultations and the various cloud service providers and the departments will have to adhere to that. The second one will be the empanelment and accreditation group, which will prepare the entire system for the cloud service providers, their accreditation process, etc. And, the third will be the capacity building and advisory group, because there are lots of concerns over cloud.

What have been the benefits of MeghRaj?
We are doing a demand assessment in the country. We are also going to have a workshop to understand what are the requirements and concerns, so that we can have trust building programme accordingly. We can actually bring up more national clouds. As far as benefits are concerned, there are two-way benefits: one is monetary and the second one non-tangible. We have done a study for one of the departments to see if they are following the cloud standards.

Any Public Private Partnership (PPP) business proposals on this?
At present, this is under consultation process. We had a task force where private parties are also working along with the government departments for preparing the reports. The report talks about cloud utility. We have different categories where we are evolving business categories, too. In terms of business models with partnerships, various drafts have been worked out for implementation methodologies, payment methodologies, SLAs, etc. We are working on it and our cloud management office will be operational within the next three months.

You said your vision is to accelerate public services through cloud and optimize the cost. How much progress you have been able to make as of now?
We had a report on cloud in June 2013 highlighting the important strategies and implementation road map. Subsequently, we also launched a national apps store. Initially, it had an NIC application. We are now making the cloud productization guidelines. We will set up an open zone where the private application providers for the government will also be coming in. This is going to change the whole scenario in terms of procurement of application.  We have a national cloud system, which was launched on February 4 by the NIC. In fact, there are lots of demands now and several departments are requesting for cloud services. As far as the cloud management office is concerned, necessary approvals have been done, and now we are in the process of its implementation. Within another three months it will be operational. That is a major step in term of putting the whole thing into the system. Apart from this, we have come up with an entire framework, questionnaire and a tool though which online assessment will be done. So, in less than a year’s time we have gone ahead with major initiatives.