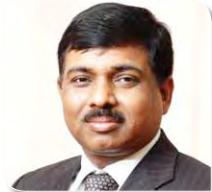 “The Ministry of External Affairs is now looking at expanding further the network of passport service access points in the areas that have been left untouched as of now,” says Muktesh K Pardeshi

The Ministry of External Affairs has decided to celebrate 24th of June every year as the “Passport Seva Divas.” What is the significance of this date?
It was on 24th of June in 1967 that the landmark Passports Act was enacted, thus laying the foundation of a sound legal framework for issuance of Passports and other travel documents in the post-independent India. Today, Passport service is one of the important public services delivered by the Central Government. In 2012, 7.39 million Indian citizens were provided Passport services through the all-India network of 37 Passport Offices and 180 Indian Missions or Posts abroad. The numbers of passport applications have registered almost a three-fold increase since 2000. The Passport Seva Divas is intended to increase public awareness about the significance of passports in today’s globalised and mobile world.

The Passport Seva Project has played seminal role in this success that has been achieved. What is your view of the milestones that have been achieved under the Passport Seva Project?
Also tell us about the other initiatives that you have taken to bring more convenience to the people. The Cabinet-mandated Passport Seva Project was undertaken to comprehensively overhaul Passport issuance and delivery system. As you already know, this project has been a great success. The task of setting up 77 Passport Seva Kendras (PSKs) was accomplished in June 2012. The transformational changes have been brought about with the aim of extending Passport services to the citizens by expanding the network for Passport services and ensuring service delivery with greater security, reliability and defined service levels. Now the Public Grievance Redressal Mechanism has been strengthened. A multilingual National Call Centre is operating round-the-clock; the portal is very user friendly. We also hold Passport Melas and Adalats in different parts of the country to reach out to the people. Improvement in physical infrastructure in Passport Offices and introduction of new security features in Passport are other significant developments.

From June this year, you have made some changes to make it more convenient for citizens to apply for new passports. Please tell us about it.
The process for booking appointments to visit PSKs through Passport Seva Online Portal has undergone a few changes. As per the new process, appointment date or time will be automatically allotted by the system as per the availability of appointment slots at the desired PSK. Prior payment of passport service fee has been mandatory for booking appointments at PSKs. For this purpose, the Online Payment feature has been introduced through the Passport Seva Online Portal. One can log on to www.passportindia. gov.in, and avail the online payment facility. An applicant will be able to cancel or reschedule the appointment only twice within one year of the first appointment date. System will not allow booking of online appointment for that ARN once two reschedule options are exercised or first appointment was scheduled more than one year ago. With this, only genuine applicants will book the appointment and number of no-shows will reduce. All these measures have been introduced to give citizens greater comfort.

The primary reasons for the passports getting delayed is the delay in police verification reports. What are you doing to bring improvement in this area?
The Police Verification system is a core component of the Passport Delivery System. The delay in Police Verification of passport applications often leads to delay in passport issuance. This is a major area of concern. I would like to share with eGov readers that online interface with District Police Authorities has been bringing encouraging results in some States. This model should be implemented across India. The Ministry has taken up this matter with the state governments. At the level of Passport Officers, I feel there is scope for increased coordination with the local police which would greatly help in reducing delay in clearances and improvement of citizen service delivery.

Tell us about the efforts that are being made to expand the reach of the Passport Seva Kendras
The Ministry of External Affairs is now looking at expanding further the network of passport service access points in the areas that have been left untouched as of now. The vision of the government is to set up a Passport service outlet in each State and Union Territory. We are also planning to set up Passport Seva Laghu Kendras in the Northeast over the coming months. We have also requested the National Institute for Smart Government to conduct a feasibility study on the ‘Next Steps’ that can be undertaken to bring about further improvements in the Passport Seva Project.