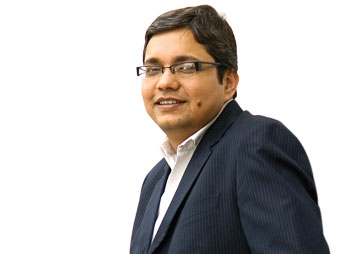 The earliest recorded mention of the name ‘Maharashtra’ dates back by more than two millennia. Since then, the state has been at the forefront of revolutionary social, political and economic change in the country. The Indian National Congress which drove India’s independence movement was first convened in Maharashtra, and the Father of the Nation – Mahatma Gandhi, called one of Maharashtra’s, and India’s greatest sons – Gopal Krishna Gokhale – as his political Guru.

In governance, Maharashtra has led the way through programmes such as the Food for Work programme and the Employment Guarantee Scheme, key features of which one can see in the National Employment Guarantee Act. It has also been at the forefront of adoption of technology in governance. The first Unique Identity, or Aadhar, number was allotted in Maharashtra. The state NRHM office has implemented a revolutionary e-file system and has become a completely paperless office. Everywhere one turns to look, initiatives abound. All across government, technology is being deployed to usher in revolutionary improvements in service delivery, savings in time and cost and increase in general efficiency.

egov magazine has been at the forefront of showcasing the impact that technology can have on day-to-day governance for eight years now. It remains India’s only monthly focusing on e-Governance. In addition to print, we have been organising conferences and symposia to bring together stakeholders to discuss the issues and challenges in the path of e-Governance.

Maharashtra’s capital Mumbai is the financial centre of India. Almost every major company in India has a Mumbai address. Home to the world’s biggest film industry, the Maximum City drives business, culture and life in the country like few other places can do. It is apt that the inaugural eMaharashtra – State e-Governance Summit – meets at Mumbai. Organised with the objective of discussing the e-Governance scenario in the state and identifying a roadmap for the future, the Summit would also recognise excellence and innovations in e-Governance through the eMaharashtra Awards.

This special issue commemorates e-Governance in Maharshtra. The Hon’ble Chief Minister has himself penned an article on the journey of Unicode and its importance to e-Governance, and senior officers from a number of government Departments have contributed articles or shared their experiences on e-Governance. As eMaharashtra discusses the use of technology for better governance, one hopes this issue serves as a chronicle of the possibilities offered by technology.