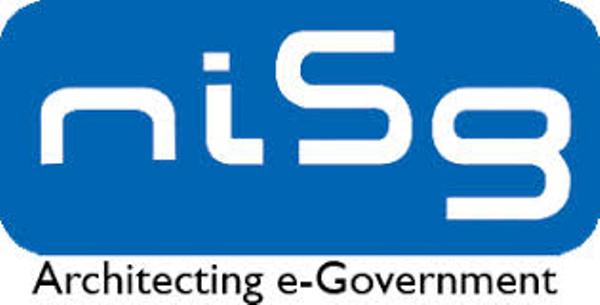 You have recently received 2007 United Nations Public Service Award in the category of “Improving transparency, accountability and responsiveness in the Public Service” for “e- Procurement Project”. Please tell us about this project and how it has impacted the public service?

In terms of the project specifically with Andhra Pradesh, the e-Procurement is now close to 100 percent. The tender system is totally online now. It has brought a lot more transparency and has reduced the waiting time. It has enhanced the competition in terms of bids received for each tender. These are some of the advantages  of the project.

How important is e-Governance for improving public services, especially in context of India?

I think e-Governance is now recognized as one of the strongest tools for advancement in India. Any e-Governance project would be service oriented and citizen centric. One has to be able to identify what kind of services will be eventually delivered through the initiative before going ahead with that initiative.  One has to be clear with what is the service and what is the service level. So this change of the paradigm has happened at place and this is for the good. Its no longer equipment of hardware, software and network to include public service  but it is more with what kind of services you would like to deliver to the citizen.  Thirdly, the structure and design of the whole programme is to be so that everything is service oriented.

How do you rate the current public service delivery in India. Where do you think IT can play a role to help improve this scenario?

There is no actual limit to the number of sectors where IT can  play a revenue pattern role. But I would put this in a broader sense that it is the e-Governance and not the IT that has to play a role. I would like to make a distinction between the two because IT as its connotation, is more of a technology- hardware, software, network whereas e-Governance is beyond all these as it in includes issue like process transformation, re-engineering, change management and then tracing up of corporate implementation model. It is all in domain of management, other than technology management. So e-Government is the right concept to be used as it plays a very vital role in transforming public services. Not really IT.

Public service delivery system varies across the various segments so it is difficult to give a direct answer to this question. But I would say that in sectors where e-Governance has been deployed effectively, like the Ministry of Corporate Affairs (MCA21) project has eventually transformed the way people file company’s details from time to time. It all happens online  today. As a result companies are left with much less hassle and concentrate on other areas and can divert their resources from this aspect. It is only one example. Several other efforts are on  the way like National e-Governance Plan (NeGP) itself has 27 mission mode projects (MMPs).  If all these 27 projects are brought to completion it will make a fantastic difference in terms of  public service delivery. But let me tell that in terms of rating, is a composite number, as some  of the MMPs projects are at the national level, some are at the state level and some at the local  level. So it is a kind of disaggregation and one has to make the best use of these in the country.

What is the vision and mission of NISG and how is it different from NIC which has been involved in IT implementation in government?

NISG mission is to channelize more and more private sector in India. It is basically a kind of  conceptualization and project development that we perform. We do not implement any project  ourselves. But we help the ministries and state government to design project. We are  not in implementation stage per se. We are predominantly in the design and architectural  stage of the project. Since the past four years, we have been associated with over 40 small and  big projects.

We take a project’s idea, blow it up, sell it and document it in such a manner that it is an implementable project. Converting an idea in a project is what we do.

NISG is not in conflict with the kind of work NIC does. NIC infact is all over the country and it takes care of infrastructural requirement of state and central government to a large extent. So there is no overlap between what we are doing and what NIC is doing. We are complimenting each other.

What is your opinion about the NeGP of the government of India? What are some of the opportunities and challenges in its implementation?

NeGP has about 27 offer heads termed as MMPs and they identify a lot of priority areas for  transforming of public services and making them function in service oriented way. We think  NeGP creates opportunities to bring best practices in terms of the service level, in terms of the  processes adopted to deliver those services, process re-engineering and in least taking the  advantage of technology. So this is a great opportunity because there is a vision at the  national level, there is a momentum, there is encouragement and acceleration. The different  departments at the state level could take advantage of this situation and transform  themselves. While some ministries are taking full advantage and poking the head but the  pace is not equally uniform across the states. Some of the projects are programmed at a  fantastic pace like MCA21 or Transport Seva Project currently in some states.

From the citizen perspective, till now we do not see much progress in service delivery. Do you thing that e-Governance has taken off in India or is there still a  long way to go?

The visible impact at the citizen level is not seen much at this point in time except in certain  areas. The most recent is the Common Service Centres which are at Gram Panchayat level  and 100,000s are planned in the coming period.There is a sensible enthusiasm and pace in  implementation of these programmes at various places. The CSCs are providing the delivery  channels which need not be separately created by ministries and departments. There is a  shared infrastructure that has been created.

From the citizens’ perspective, CSC is very benefi cial as they do not have to go to different places for different things. Most of the commonly used services are available here. My own several estimate is that by the end of December, 2008 programmes should be operational in all the states. At village level what is regularly needed is a backend of the various departments, which is encompassed under NeGP and other MMPs.

What according to you are the key barriers and drivers for e-Governance implementation in India?

The single biggest barrier which we face is the lack of adequate capacity in the country.  Implementing an e-Governance initiative requires tremendous skills in the area of project development, that is conceptualisation and documentation before one can think of  implementation, for which capacity building is required. Another bottleneck at this point in  time, is in terms of the policy makers and middle level managers in the government who need to be sensitised, trained and be really convinced about the relevance of the process. As a result  of this, the decision making becomes slower because of lack of trained people to advice the  top-level policy makers on these issues. I do not think resources are that big a problem. Even  outreach of technology becomes a problem many a times. The biggest driver is the lot of  expectation and the hope built around the plan. The environment is amenable and there is  political acceptance, desire and motivation to execute the plan. Second is the capacity that  India has at both in the software and the management sector. The globally spread private  sector is fully variable to craft the appropriate public- private partnership model.

How important in your opinion is the role of PPP in NeGP and how does NISG facilitate establishing the right partnerships to implement the different MMPs?

PPP is a big driver for National e-Governance Plan. Larger number of initiatives are now  being designed in the PPP mode because of its sustainability, cost-effectiveness, effi ciency and  service orientation. As state itself tries to implement various intiatives, in majority of cases  PPP mode should be preferred. Moreover, the mandate of NISG is to promote PPP. In the area of  e-Governance and in all the projects we derive appropriate business model/implementation  model and very signifi cantly we design the Service Level  Agreements (SLAs) for various projects. The private partner gets paid in relation to the  quantity and quality of services delivered to the end customer.

PPP is a kind of a template which can be used for any and every project depending on the  project’s requirement and service level objectives. One has to derive the best of the PPP model  which are feasible, viable and acceptable to the ministry and the department. We have to put  in effort to use PPP model for each initiative and in each sector.

Do you think e-Governance is a hype? Will it burst like the dot com of the 1980s or do you think it is actually here to stay?

It is going to stay. It cannot be exactly compared to dot com because here we are talking in  terms of public services which are going to stay. On the demand side, there is no doubt that demand will exist and probably will increase as the population increases, requirements would  increase. So it is not like dot com kind of situation here. The challenge now is how can we match the supply side to the demand. Secondly, there is the question of pace. It is the felt need  and the felt demand which plays a major role. Where there is felt need, the ministries and  departments are acting pretty fast and probably where the felt need is at surface, then no  forthcoming start is there in the city. From this perspective I do not say its a bubble. e- Governance areas are going to be more sustainable for a very large period of time.