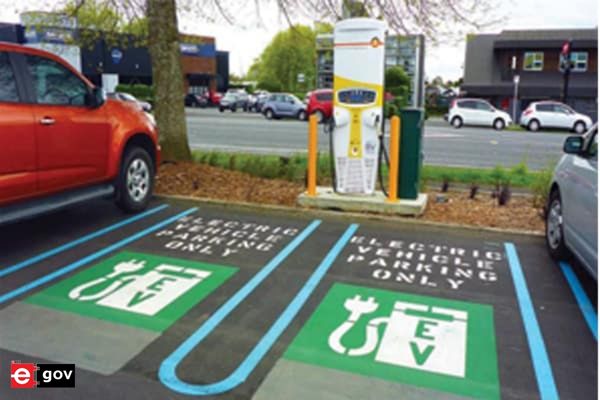 Traffic congestion, a problem that Indian cities are grappling with, has turned catastrophic. The situation is getting worse in major metro cities of India. Lack of parking space is another challenge. In India, the vehicles have increased, and it continues to be, while the parking spaces have remained the same. Vehicles continue to outnumber existing parking spaces, thus clogging roads. Incidences of violence over occupancy, deformed cars due to a space crunch, and overcharging for parking are some resultant problems.

The above quotes stand true in the case of India. The cities of India cover only 3 per cent of land but contribute about 98 per cent to the country’s GDP. So, we need to make our cities best in class and liveability. Our solution should be such that it must not become a problem in itself. It must be sustainable and digitally enabled. As the Indian economy is continuously growing and has recently become the 5th largest in the world, purchasing a car is no big deal. In cities and towns, a single family owns 3 to 4 cars on average. Cars being a symbol of status is what derives the continuous growth in its booming sales. As a result, cities and towns witness massive congestion on traffic and reduce space for parking. The severity of the problem is such that people in cities, generally, are forced to park their car on roads.

Fighting Spirit
Policy formulation, planning and their implementation cannot alone solve the issue of lack of parking space. A world class parking infrastructure which is futuristic in outlook is the need of the hour. The authorities have to, and must, develop new ways and methods to make most of the limited parking spaces available in cities, so that Indian cities can truly be called smart cities. In this regard, construction of multi-level parking spaces which might be conventional or automated can be a good option. Given the Indian condition, the conventional method dotted with modern technology will be suitable for Indian cities as it is cost effective and can be easily managed.

If we really want to solve the issue of parking space crunch, we have to have fewer cars on roads. So, it is quite imperative for the government and the administration as well as for us to reduce the number of cars and vehicles. An efficient and flawless public transport system will play a key role in reducing the number of vehicles on the roads. If the public transport of a city is convenient in availing and comfortable in travelling, people may consequently stop using private vehicles and shift to the public mode. Being affordable, public transport, if made smarter and its infrastructure developed on the international line, has huge embedded potential in tackling problems like traffic congestion and carbon emissions.

Carpooling
The lack of parking space in major Indian cities is caused due to an increase in the number of cars. The sharing of rides for commuting to offices can help in tackling this problem. Carpooling not only can help in quick and efficient commuting but also in effectively checking congestion and unnecessary traffic on roads. It is a very simple concept, but the impact it offers could be significant when it comes to lessening the number of cars on the roads. If we become logical in our approach and look for necessities rather than desire, we can substantially reduce the number of cars on the road. Carpooling which is frequently used in European and western nations can offer effective results in addressing this problem if used in a planned way.

Solar Panel Parking
One of the ways to benefit from excess heat generated from the parking spaces is the use of Solar panels. Solar panel canopy for parking will not only generate renewable energy but also help in addressing the parking challenge. Countries like South Korea, Japan are effectively using solar panel parking.

Solar-powered parking lots can reduce the substantial increase in the energy demand during the peak hours. Therefore, Solar parking panels can be really handy in reducing these demands.

Smart Parking Solution
Leveraging technology, many companies worldwide today offer smart parking. Their Iot-based Smart Parking Platform provides a world class unique set of technologies and data capabilities to solve parking management and congestion in our cities. Technologies like Artificial Intelligence, Data Analytics, Drones and Robotics offer endless possibilities in solving the parking or traffic problems in the country. Smart cities like Indore are using such technologies in dealing with such problems.

Way forward
The demand for parking spaces is rising sky high and it is very important to realise that our resources are limited and we have our own limitations in meeting the demand of our population. We must leverage emerging technologies in developing global-standard parking solutions.

Countries like Australia, Ireland, Dubai etc. have invested both time and resources in order to reform parking strategies. They have devised efficient technological solutions like mobile applications and parking metres which makes finding parking space in such countries easy and convenient. In order to effectively do away with these problems, India needs to emulate and strategically implement best practices and global standards.

With ever increasing population and their inclination to buy their own cars as a status symbol, the parking and traffic problem has become more pronounced. If they are not effectively and strategically dealt with, they could turn cataclysmic. In light of this, Gustavo Petro’s quotes- “A developed country is not a place where the poor have cars. It’s where the rich use public transportation” must be the guiding principle for individuals as well as government officials in the country.