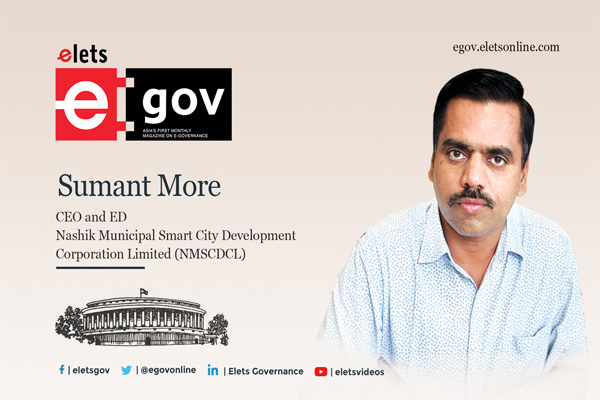 What are the prime challenges in transforming a city into a smart city?

The Smart Cities Mission of Government of India is to promote cities that provide core infrastructure and give a decent quality of life to its residents. In the Smart City challenge, the development of the city basically aims at two components – area-based development (developing a specific area in the city) and pan city initiative. Nashik Smart City operates in Gaothan and commercial-densely populated areas of central Nashik city. This is a major challenge with reference to execution. Also, when the road works were started in the city, the citizens started to feel the impact on the business and the traffic problem. During work execution, old lines of water distribution and sewage were found in the most populated areas of the city. It was challenging not to damage the old infrastructure and lay the new one by keeping all services live.

Nashik Municipal Smart City Development Corporation Limited (NMSCDCL) is implementing Godavari rejuvenation projects to maintain the heritage value of the ghat area which includes rejuvenation of 17 ghats. The de-concretisation of some of the ghats and demolition of some old structures is also a part of these projects. There is an apprehension from some stakeholders while others are for the said demolition works. NMSCDCL is committed to implementing these projects with least hindrances to common people and stakeholders.

Integration of all IT-enabled services is another challenge as it will break the monopoly of different vendors with 100 per cent capacity enhancement of urban local bodies (ULB) itself, as a new data centre is now available with ULB through Smart City project. NMSCDCL will ensure all these issues are tackled smoothly and to complete projects in timely manner.

What in your opinion is the role of digital intervention in making a smart city successful?

One of the verticals of Smart Cities mission planning is to create state of the art ICCC and CCC with backup of data centres and all smart elements which will act as a brain of the city in the upcoming future with integration of all ULB services in subsequent manner. The Nashik Smart City has taken projects to improve the proper usage of ULB services with much efficiency and less human intervention.

ICCC of Nashik Smart City played a vital role in COVID management for ULB with complete top end contact tracing and co-morbid survey for citizens by means of in-house developed “Sanjivani” app. In the coming times, all Smart Cities will be ahead of time in management of any disaster like flood, fire, crowd management as well as provision of services to common citizens, as those will have state-of-the-art IT infrastructure with them.

What are the major achievements on the Smart City front?

If we go through package wise details and the impact they have created so far, the details can be summarised as follows-

a) Recreation package- Nashik Smart City has successfully completed four projects in this package which has given a very good state-of-the-art infrastructure for the use of citizens i.e. Kalidas Kalamandir Auditorium, Mahatma Phule Kaladalan, Pandit Paluskar Auditorium and Nehru Garden.

b) Basic amenities– The basic aim of the Smart City mission is to implement pilot projects and once implemented, replicate them at larger scale in the whole city. Nashik Smart city has implemented projects related to basic services, to be provided by the ULB like installation of electrical crematorium (phase 1 and 2), Smart Pilot Road with smart elements in it, and procurement of trash skimmer.

c) River rejuvenation- Five different projects are taken up in the Smart City projects for rejuvenation of river and works pertaining to riverfront like Goda beautification, Goda civil works, desilting of river, procurement of trash skimmer, and installation of mechanical gate.

d) Area-based development- One of the parameters of Smart City projects is to take up a city area of around 500 acres and improve it with respect to provision of basic infrastructure. Same to be replicated in the remaining part of the city in subsequent time. Nashik Smart City has taken up projects which are fulfilling this parameter. These are ABD major and minor roads with water-sewer-storm-utilities provision (with the learnings from implementation of Smart Pilot road projects), redevelopment and capacity augmentation of two WTPs with SCADA and automation of pan city water infrastructure (source to ESR) and pilot water metres (7800) for non-residential connections, construction of 03 no. of ESR and 01 no. of GSR with 9.3 km water transmission network, GIS mapping of all infrastructure of ABD area. This will facilitate good quality CC roads with all underground utilites with provision for future utilities, streetscaping with “Divyang” friendly footpaths. 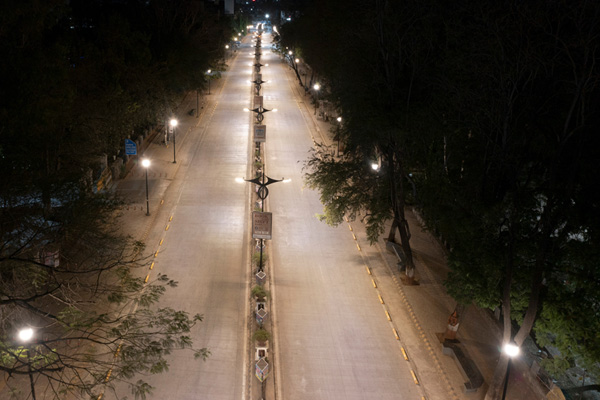 e) IT initiatives- One of the verticals of Smart Cities mission planning is to create state of the art ICCC and CCC with backup of data centre and all smart elements which will act as a brain of the city in the upcoming future with integration of all ULB services in subsequent manner. The Nashik Smart City has taken projects like Nashik Smart and Safe city project, implementation of SCADA and automation for all water infrastructure from source to ESR with Water Command and Control Centre, smart street light project with replacement of 99,000+ streetlights, LED street lights with assured savings of 60 per cent electricity which are auto- dimmable with Streetlight Command and Control Centre, GIS mapping of all assets and services and utilities in ABD, which will help to monitor these services with much accuracy and can be worked upon, bus service project with ITMS facility. All these projects will help to improve the proper usage of ULB services with much efficiency and less human intervention. ICCC of the city will be very helpful in the organisation of “Sihansth Kumbhmela” in 2026-27 in Nashik.

Many projects implemented by Nashik Smart City are on public– private partnership (PPP) model, which has given the opportunity to private stakeholders to invest in Nashik in public service projects at a very large scale. Smart City mission has made this possible to ensure provision of such services with best quality and minimum human intervention with least capital investment of ULB i.e. Nashik Municipal Corporation. Projects like city bus service and allied services, smart streetlight, solar rooftop project, and smart parking project made this possible.

What are the upcoming projects in smart city and what is the road ahead?

The road of Smart City mission is very clear i.e. to successfully complete all the ongoing projects, handover them to parent organisations like ULB etc. Moreover, NMSCDCL has floated tender for project Implementation and Maintenance of Integrated Surveillance & City Operations Platform (ISCOP) for Emergency Operating Centre (EOC) in Nashik, and in the process to float two more tenders for Smart School project and implementation of smart bridge surveillance system for 120-year-old Rani Ahilyabai Holkar Bridge on Godavari river.

The building of Smart-Sustainable Cities will be a continuous process. At the same time growth of the Indian Urban spaces has its own challenges. These challenges can be tackled only through long term planning, hand to hand work by Administration and Government, Citizens active participation, use of best possible means like IT time to time. Smart Cities Mission of GOI is a milestone in this continuous process.