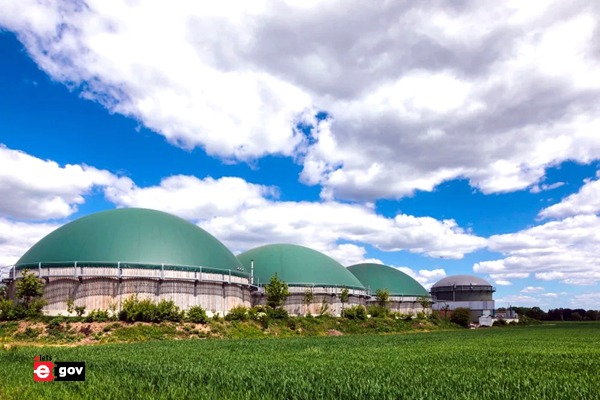 The construction of Uttar Pradesh’s largest biogas plant, which will boost production and utilisation of bioenergy in the state, as per the vision of Chief Minister Yogi Adityanath, is underway in Barsana, Mathura. With the operation of this plant with a feedstock capacity of 600 tonnes per day, Barsana and other adjoining areas of the state will become one of the major contributors of bio-energy to not only the country, but also the world.

It may be recalled that Uttar Pradesh ranks fourth in the country on the basis of the number of biogas plants. To ensure increased production of bioenergy, CM Yogi is also emphasising on promoting biotechnology in the state. The project has begun in collaboration with Mataji Gaushala, Barsana.

The upcoming biogas plant in Barsana will lead to the generation of employment opportunities as well as encourage economic activities in the region and adjoining places. Simultaneously, it will promote the development of a sustainable economy capable of meeting its energy needs. This will significantly improve and maintain the SDG index of the state.

MoPNG has set a target of setting up 5000 biogas plants with the help of oil and gas marketing companies. At the same time, the government has so far issued over 3400 Letters of Intent (LOIs) for setting up Compressed Biogas (CBG) plants across the country, most of them in Uttar Pradesh. Uttar Pradesh has the capacity to set up about 500 CBG plants, which will also bring in capital investment of about Rs 50,000 crore and generate direct and indirect employment opportunities for about 5 lakh people.

Adani Total Gas has entered into a unique public welfare partnership with Mataji Gaushala. Under this, the market price of the cattle dung along with the land on rent from the gaushala and the purchase of the entire quantity of dung has been assured. Also, a unique provision has been made by dedicating 10 per cent of the income to the Gaushala.

The government has also planned to improve connectivity by developing roads under the Biogas plant project for better transportation of feedstock and cow dung from nearby areas.