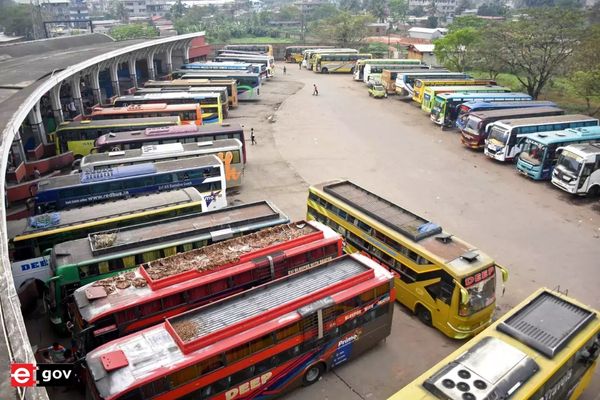 Haryana’s first hi-tech bus terminal, developed under the Public-Private Partnership (PPP) model, set up on four acres of land in Faridabad, is ready to be operational and will soon be dedicated to the public. This bus terminal will also have a commercial hub. Facilities including rest rooms, waiting rooms, canteens, etc. for officers, drivers and conductors will be available in this terminal.

This was revealed in the Committee of Administrative Secretaries chaired by Chief Secretary Sanjeev Kaushal on Tuesday to review the projects of over Rs 100 crore. About 22 projects of nine departments costing about Rs 8,000 crore were discussed in the meeting.

It was apprised that the tender has been floated for installation of CCTV cameras in all police stations and police posts of the state, which will be completed in six months as soon as the financial bids are opened. There will be control rooms in the districts for recording these CCTV cameras and they will also be connected to Dial-112. It was also apprised that a project of 576 multi-storey houses in Gurugram for the police personnel costing Rs 106 crore will be inaugurated soon.

Kaushal directed the officers to visit the spot and review the progress of such big projects so that the implementation meets the deadline. He further said that strict directions should be given to the concerned contractor to complete the projects in the stipulated time period. He said that expeditious and timely completion of these projects is the priority of the state government.