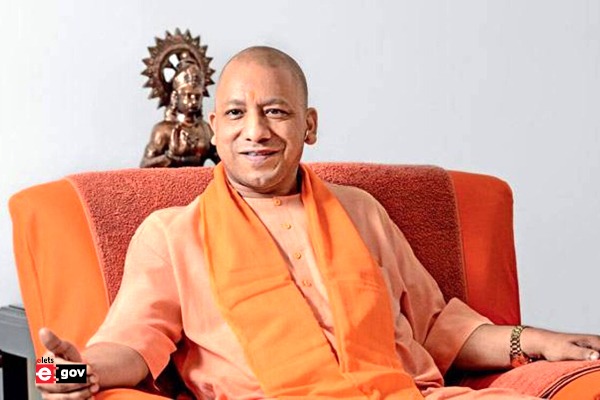 On Tuesday, Chief Minister Yogi Adityanath reviewed the efforts made by all the industrial development authorities of the state and the Uttar Pradesh State Industrial Development Authority to increase investment. The Chief Minister also reviewed the current projects and future action plans with the Chief Executive Officers of UPSIDA, NOIDA, Greater Noida, YEIDA, BIDA (Bhadohi), SIDA (Jaunpur), and GIDA (Gorakhpur).

It was noted that Uttar Pradesh is a state with infinite possibilities. There is opportunity in every district. The role of industrial development authorities is crucial in converting these opportunities into development projects. At the first investor summit in February 2018, we received investment proposals worth Rs 4,68,000 crore. The state has set a target of Rs 10 lakh crore for the upcoming Global Investor Summit. The industrial development authorities should make all necessary preparations in this regard.

Under the guidance of the respected Prime Minister, the industrial development-friendly environment of the state has attracted investment from other countries. Our policies to attract foreign direct investment are yielding good results. Foreign Direct Investment of more than Rs 3200 crore has been received from seven countries in the last two years through UPSIDA alone. This includes about Rs 1250 crore from UK and USA each, Rs 250 crore from Italy, Rs 125 crore from Canada, and more than Rs 300 crore from France. Consequently, employment for more than 9000 people has been created in the state.

– UPSIDA is the first authority, where industrial plots are allotted through e-auction. The simplification of the system with the help of technology has resulted in the allocation of 587 industrial plots in the last two years. In the midst of Covid-19, this is the first time in the last two years, that reputed units from Delhi, Haryana, Maharashtra, Kerala, Telangana, Tamil Nadu, Karnataka and West Bengal have invested more than Rs 3700 crore in the state through UPSIDA. As many as 2749 new industrial units have become functional under UPSIDA in the last five years, while more than 2400 units are under construction.

– Authorities must ensure Ease of Doing Business in their day-to-day dealings. If every process right from signing of the MoU to the establishment of the unit is completed smoothly and investors get a good road network, street lights, and drainage in the Industrial Area, it will create a good impression of the authority in the minds of the investors.

– In the future, all the authorities will have to work in mission mode for landbank expansion. Before the upcoming Global Investor Summit, we need to expand our Industrial Land Bank as much as possible. There is no shortage of land for industrial units useful for the development of the state. UPSIDA alone has a landbank of more than 12000 acres. Noida Development Authority has reserved about 915 acres of land bank for allotment for industrial, commercial, group housing. These efforts should be intensified.

– The state government is providing incentives to encourage industrial units to invest in the state. All such cases should be thoroughly reviewed and resolved without any delay. the state has to intensify efforts for export promotion. A policy will have to be made for this in every district. An action plan should be prepared and presented in coordination with MSME and Planning departments. Their action plan should be continuously discussed with the industrial units for export promotion. Similarly, it should also be our endeavour that the companies setting up units in the state invest their CSR funds in the interest of Uttar Pradesh. Entrepreneurs and investors should be encouraged for this.

– A good effort has been made by the Bhadohi Industrial Development Authority to give an industrial look to the local craftsmanship. The role of BIDA’s units is important in terms of export promotion. The International Carpet Expo is going to be held in October. The authorities should try that the carpet units of Varanasi are also attracted towards Bhadohi. BIDA will have to make concerted efforts to increase its land bank.

– 7 cluster-based industrial parks including the Apparel Park, MSME, Toy Park, Medical Device Park, Logistic Park, Data Center Park, and Medical Device Park are being developed in Yamuna Industrial Development Authority. Uttar Pradesh will be the first state where a toy park is being set up. For this, the representatives of the Toy Association of India should also be contacted. More than 80% women will be employed in Apparel Park for women empowerment. These parks will be very useful from the point of view of employment generation. The work should be completed in a time-bound manner. There should be no unnecessary delay in the allotment of land to the investors.

– Gorakhpur Industrial Development Authority should explore possibilities for Dhuriapar. The land will be available here at a reasonable rate. The establishment of industrial units on both sides of the Gorakhpur Link Expressway should be encouraged. The process of land acquisition in Dhuriapar should be started by the authority as soon as possible.

– Several manufacturers of lithium-ion batteries have expressed their willingness to set up their units in Jaunpur and adjoining areas of Varanasi. This is a good opportunity for the Satharia Industrial Development Authority, Jaunpur (SIDA). Hawkins Company has been investing in SIDA for a long time. The authority should attract such investors through dialogue. Action should be taken to expand the land bank by acquiring land around Purvanchal Expressway under SIDA Phase 02.

– The growth of Noida and Greater Noida region from residential and industrial points of view is commendable. The state government is encouraging both types of activities in these areas. In Noida, only 63 hectares of land were allotted to industrial units between 2012-17 while 196 hectares were allotted between 2017-22. This condition is good. Such efforts should be continued.

– Projects like the proposed Itra Park, Mega Food Park, and Baheri Bareilly in Kannauj will be very useful in terms of promotion of local enterprise and employment generation. Their installation process should be completed expeditiously. In these special industrial areas, facilities should be developed as per the need of the entrepreneurs.

– There is a need to speed up the development of Infotainment City (Film City) equipped with state-of-the-art facilities. For this, globally reputed studios, production houses, and experts should be consulted. This infotainment city, which is going to be developed on the basis of PPP model, will be the gift of Uttar Pradesh to the art-entertainment world.

– The ‘Gangajal Project’ under the Greater Noida Development Authority will prove to be very useful in terms of easy availability of drinking water to the general public. This should be carried forward in a timely manner.

– In group housing projects, there is often a dispute between builders and buyers. The authorities will have to make special efforts in this regard. It should be ensured that the housing projects are completed on time, as per the agreement with the buyers. Registry of accommodation should be done in time.

– It was noted that there is a significant increase in the number of residential plots in 2021-22 by 242%, capital investment by 377%, and 452% in employment generation in comparison to 2017-18 in UPSIDA. So far, 126 residential plots have been completed in the current financial year, while a capital investment of Rs 6908 crore has been made already. In the last two years, there has been a significant increase of two and a half times in the investment flow as compared to the last three years, while the employment generation has more than doubled. This achievement is satisfactory even after the Covid-19 pandemic. The financial support given by the Noida Authority in the past should be released for the Gautam Buddha University established in the Noida region. This cooperation will be necessary for the development of the university.