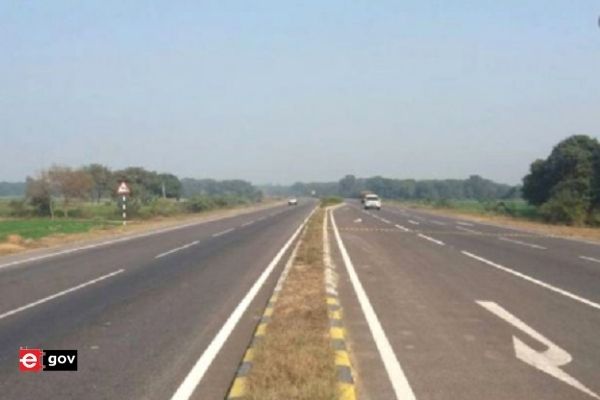 In its ongoing mission to upgrade infrastructure and give the much needed push to the rural economy, the Uttar Pradesh government led by Yogi Adityanath has started construction of 19,000 km of roads under the Pradhan Mantri Gram Sadak Yojana (PMGSY).

The state government is sparing no effort to improve the infrastructure to make Uttar Pradesh the number one economy. In the last five years, construction of more than 12,000 kilometres of roads, connecting the villages with the main road, at a cost of over Rs 6,500 crore has been completed. Now, the construction of 19,000 km of roads at a cost of Rs 15,000 crore will be completed by the year 2024-25.

Since the Yogi government came to power, UP’s focus has shifted to roads. Earlier, it was not easy to reach villages. The Pradhan Mantri Gram Sadak Yojana seeks to transform villages. With the construction of new roads, ambulances and other medical facilities will be able to reach villages easily. Along with this, due to the introduction of public transport, the common people are able to reach their destination easily.

In the Lok Kalyan Sankalp Patra 2022, the Yogi government has decided to strengthen the economy of the villages. To fulfill the same, roads have been considered as the first parameter of development. Better roads will ensure better connectivity between villages and cities and will provide a platform to the villagers for selling their goods. Roads have been the priority of the Yogi government in order to augment infrastructure and improve the lives of villagers. Even during Covid, the construction of roads did not stop.

The present government is committed to inclusive development and the welfare of the people. The construction of roads under PMGSY will boost growth, create jobs and raise the standard of living of hundreds of millions in rural areas. The road projects taken up by the government are also generating direct and indirect employment as the manpower is engaged in the construction works.