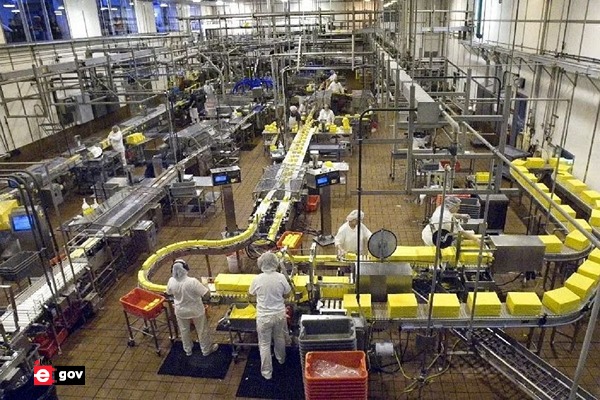 According to a monthly survey released on July 1st, India’s manufacturing sector activity decreased to its lowest level in nine months in June as production and sales growth both slowed down in the face of significant price pressure.

The S&P Global India Manufacturing Purchasing Managers’ Index (PMI), which is seasonally adjusted, decreased from 54.6 in May to 53.9 in June, representing the slowest rate of growth since last September.

For the twelfth consecutive month, the June PMI statistics indicated an improvement in overall operating conditions. In terms of the PMI, a score above 50 indicates expansion and a print below 50 indicates contraction.

In June, factory orders and production increased for the twelfth consecutive month, although the rates of expansion in both cases slowed to nine-month lows. Stronger consumer demand was frequently cited as the cause of increases. However, some survey respondents claimed that growth was constrained by intense inflationary pressures, according to the report.

Monitored companies indicated increases for a range of different factors, including chemicals, electronics, energy, metals, and textiles, which they partially passed on to customers in the form of higher selling prices, shows the survey.

Lima said that there had been a general slowdown in growth across a range of indicators, including factory orders, production, exports, input purchases, and employment, as consumers and businesses curbed their spending due to high inflation.

“Yet, there was a broad-based slowdown in growth across a number of measures such as factory orders, production, exports, input buying, and employment as clients and businesses restricted spending amid elevated inflation,” she noted.

The survey found that worries about inflation kept business confidence down, with sentiment falling to a 27-month low. Input delivery times decreased elsewhere for the first time since Covid-19 started.

“Fewer than 4% of panelists forecast output growth in the year ahead, while the vast majority (95 %) expect no change from present levels. Inflation was the main concern among goods producers,” the survey said.

Employment increased for the fourth consecutive month, albeit at a slow rate that was generally consistent with those observed throughout this time.

In the meantime, as the ongoing war and sanctions take a toll on economies, the Reserve Bank of India (RBI) warned in its financial stability report released on Thursday that persistently high inflation will remain around the world for a longer period of time than expected. Thus, this could result in a further slowdown in global trade volumes.
The prolonged conflict in Europe and the speed at which central banks are tightening monetary policy in response to escalating inflationary pressures have cast a shadow over the outlook for the world economy, according to the RBI study.