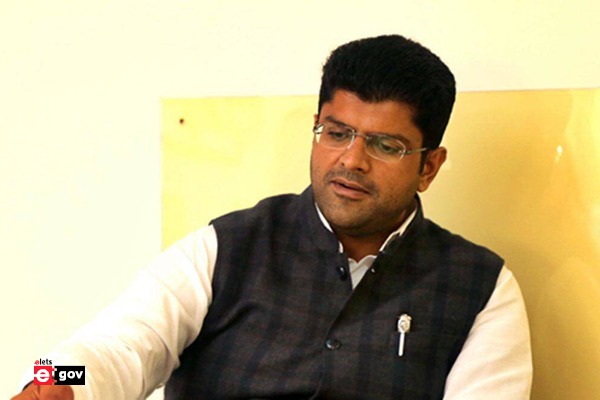 Haryana Deputy Chief Minister Dushyant Chautala said that the state government will soon implement the ‘Haryana Atmanirbhar Textile Policy 2022-25’ in the state. While this will help in giving wings to the textile industry in the state, MSMEs will also get a boost.

The deputy chief minister, who also holds the charge of Industries and Commerce department, said that the state government is coming up with ‘Haryana Atmanirbhar Textile Policy 2022-25’ to promote textiles. He said, “It is our endeavour that more and more youth of the state should join MSMEs so that they become employable and can provide employment to other youths also.”

Chautala said that in the last few years, investors are coming forward to set up industries in the state, as the government has taken several major steps to improve the industrial environment, due to which Prime Minister Narendra Modi has also recognised Haryana for the remarkable work being done in the field of MSME. In this field, the state has got the third position at the national level, and has also been ranked in the top achievers category in the fifth edition of ‘State Ease of Doing Business’ released by the Ministry of Commerce and Industry, which is a matter of pride for any state.

He said that Haryana government’s commitment to provide a conducive ecosystem to the industries has resulted in the state getting excellent ranking in Ease of Doing Business, Ease of Logistics and Export Readiness. Apart from this, the state has been ranked first in Export Readiness Index (Land Closed Category)-2021 and second in ‘Logistics is Across Different Status Survey’-2021.

The deputy chief minister said that while the state government is creating employment opportunities through various schemes like the Prime Minister’s Employment Generation Programme (PMEGP), launched by the Central government for entrepreneurship development and employment generation, and Pradhan Mantri Formalisation of Micro food processing Enterprises (PMFME). Haryana has also extensively taken advantage of various initiatives like formalisation of PMFME etc. The activities of these schemes and programmes have been intensified at the grassroot level in the state.

Chautala informed that there are many effective policies of the state government such as Haryana Enterprises and Employment Policy 2020, MSME Policy 2019, and Haryana Agri-Business and Food Processing Policy 2018 etc.