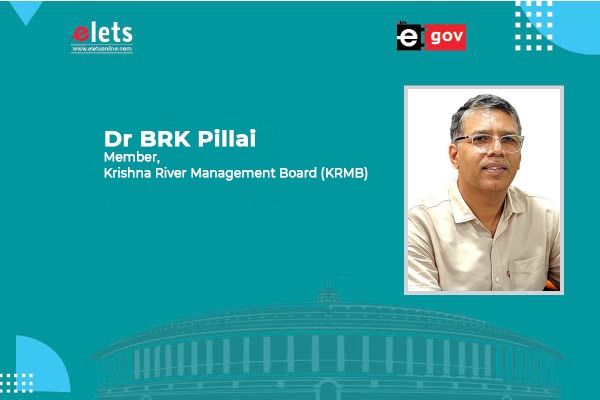 Inequity in water distribution is one of the major causes of India’s water conundrum. Issues ranging from varying rainfall patterns to inter-state river disputes, there is a lot that needs to be addressed. In an exclusive interview with Nisha Samant of Elets News Network (ENN), Dr BRK Pillai, Member, Krishna River Management Board (KRMB) shared his views on the distribution and management of Krishna river water between Andhra Pradesh and Telangana.

Recently, issues of drinking water shortage in Srisailam reservoir have surfaced. What is the genesis of such issues and how is KRMB working to resolve them?

The current water year – beginning (from 1 June 2021) with the onset of the monsoon – has been good for the Krishna basin with the Srisailam reservoir receiving inflows of the order of 1092 Thousand Million Cubic feet (TMC) which is over one-and-half times the average annual flows of last 10 years (690 TMC). Since Srisailam was essentially conceived as a ‘carryover reservoir’ by the Krishna Water Disputes Tribunal (KWDT-1), the favourable conditions of the current year should have enabled us to have enough storage even to cover shortfalls (if any) of the next monsoon. Yet, by March (2022) itself, the reservoir was depleted to a precarious level hampering its capacity to meet even drinking water needs during the summer months ahead. Undeniably, this scenario has emerged from the mismanagement of the Srisailam reservoir.

Reasons leading to present mismanagement are rooted in the very nature of operational controls for the Srisailam reservoir. The boundary between the bifurcated States of Andhra Pradesh and Telangana passes through the Srisailam dam and its reservoir, and the operational controls of different outlets – involving two powerhouses, one canal head-regulator, and three lift irrigation schemes – are divided amongst two States. Both States are engaged in a heightened (bad) competition for water, which inevitably leads to combined withdrawals above the sustainable limits of the Srisailam reservoir. The water that passes through the Srisailam powerhouse also augments irrigation coverage under the downstream projects of Nagarjuna Sagar and Prakasham Barrage. However, the unchecked operation of the Srisailam powerhouse – not in tandem with the irrigation demands of downstream projects – often leads to the spilling of unused water into the sea. In the current water year, about 500 TMC of Krishna water was spilt into the Bay of Bengal, of which the substantial quantum could have been put to beneficial use.

Focusing on the key issue of operational control, KRMB in its 15th Board meeting (in October 2021) has taken a consensus decision whereby direct outlets of the Srisailam (and, also Nagarjuna Sagar) reservoir are required to be handed over by respective States to the KRMB. The Government of Andhra Pradesh has issued needful orders in compliance with this decision; the cooperation of Telangana is now needed for the meaningful implementation of the decision.

KRMB was created under the Andhra Pradesh Re-organisation Act 2014 to play a vital role in managing the water resources of the Krishna basin. What measures KRMB is taking to fulfil this role? 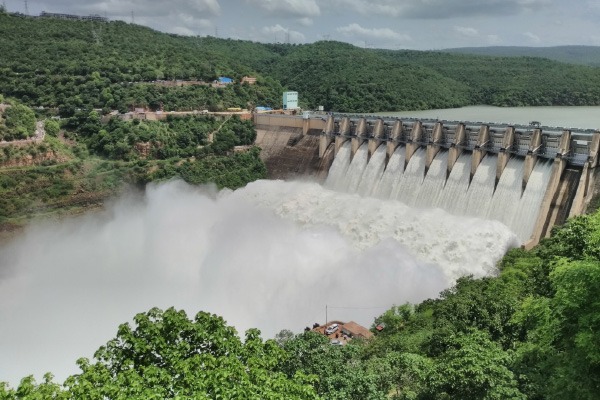 KRMB is essentially a joint body of the officials of the Andhra Pradesh and Telangana Governments and the Central Government, and the issues before the board are required to be resolved largely through consensus. Since the allocation of Krishna water between bifurcated States is yet not affected, the key challenge is in administering amicable sharing of Krishna’s dependable flows as well as its surplus waters. Since larger conflicts are centred around the commonpool projects of Srisailam and Nagarjuna Sagar, the Board has decided by consensus for the transfer of direct outlets of these two projects to KRMB. The KRMB is also establishing a robust network of data collection for monitoring the distribution of Krishna water across two States.

As per you, what are some of the best practices that KRMB and other river management boards should adopt to help tackle the water crisis in the country?

ssues of river water sharing between States emanate from three factors, namely: asymmetry of resource distribution; ambiguity in the shared data or information; and antagonism rooted in the past. Effective and timely interventions of river boards can mitigate these (3A) factors thereby helping the country in overcoming the most ticklish component of its water crisis. 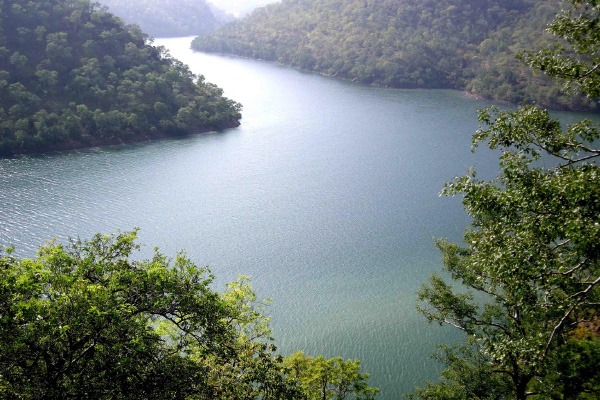 The factor of antagonism is the most difficult to handle because of its political connotation. However, the river boards should evolve as active platforms for cooperation building thereby subduing antagonism (if any) amongst party States. For the fulfilment of this intent, the river boards should also become transparent and media-friendly disseminating positive vibes about their roles and functions. The ambiguity in data should be eliminated altogether with the boards directly gathering data (as primary source) using state-of-the-art technologies and archiving them systematically for long-term use. Unlike the present situation of KRMB (and also of GRMB), the fundamental issues of asymmetry of resource distribution generally stand settled (by awards of river tribunals) before the formation of river boards. Nevertheless, new issues of asymmetry also emerge because of the everincreasing demand for water. Relying on the strengths of unambiguous data the river boards should impress upon party States about the futility of supply-driven competition for water in stressed river basins and thereby channelise their energies towards improving demandmanagement. River boards should explore the possibilities of establishing water tradability amongst party States so as to incentivise the demandmanagement, and also generate good competition for water.

What are the climate change-related challenges that the country is facing and what could be some of the urgent reforms needed to address these challenges?

Water is essentially a stochastic resource – whose availability can at best be guessed but not assured – and therefore India’s water resources are developed for probabilistic estimates of dependable river flows. With climate change, the rainfall patterns in future years are likely to undergo a large variation in the extent as well as frequencies of extreme events (i.e., droughts and floods).

The emerging conditions are thus likely to undermine the estimates of dependable flows in the rivers of the country, thereby denting operations of dam reservoirs built on these rivers. At the same time, greater dependency on the waters of these reservoirs will be called for because of the increasing demand for frequent irrigation (as agriculture fields will encounter higher losses of soil moisture with increasing temperatures). The condition of water stress coupled with variation in estimates of dependable river flows may also open up new issues of river water conflicts amongst riparian States. Such issues will have to be addressed timely by the river boards, wherever existing. The deficit management will require interventions of supply-side management (through the restoration of depleted storage, creation of new storage, and efficient operation of storage projects) as well as demand-side management (through micro-irrigation, reuse of waters, volumetric pricing, etc.).

Apart from issues of acute water stress, the country may also face extreme and frequent flood events. This will call for interventions of surplus management involving coordination in operations of cascading reservoirs, improved dam safety, creation of flood cushions in dam reservoirs, management of flood plains, and improved flood forecasting. The river boards are essentially conceived for the purpose of deficit management; however, in the emerging conditions of climate change, they will be required to develop capacities for surplus management as well.