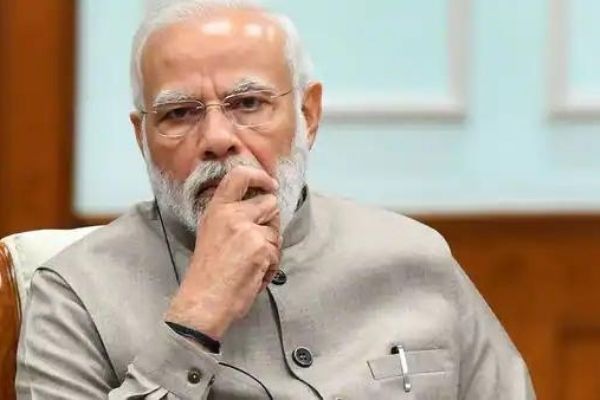 It has been the constant endeavour of the Prime Minister to work for the development and economic progress of his constituency, Varanasi. Moving ahead in this direction, Prime Minister Shri Narendra Modi will visit Varanasi and kickstart multiple development initiatives on December 23, 2021, at around 1 PM.

Prime Minister will lay the foundation stone of ‘Banas Dairy Sankul’ at UP State Industrial Development Authority Food Park, Karkhiyaon, Varanasi. Spread across 30 acres of land, the Dairy will be built at a cost of about Rs 475 crores and will have a facility for processing 5 lakh litre of milk per day. This will strengthen the rural economy and help farmers of the region by creating new opportunities for them. Prime Minister will also digitally transfer about Rs 35 crore bonus to the bank accounts of more than 1.7 lakh milk producers associated with Banas Dairy.

Prime Minister will also launch a Portal and Logo dedicated to the Conformity Assessment Scheme of milk products, developed by the Bureau of Indian Standards (BIS) with the help of the National Dairy Development Board (NDDB). The unified logo, featuring logos of both BIS and NDDB quality marks will simplify the certification process for the dairy sector and will reassure the public about dairy product quality.

In another effort to reduce the land ownership issues at the grassroots level, the Prime Minister will virtually distribute the rural residential rights record ‘Gharauni’ under the Swamitva scheme of the Union Ministry of Panchayati Raj, to over 20 Lakh residents of Uttar Pradesh.

The programme will also witness the Prime Minister inaugurating and laying the foundation stone of 22 developmental projects worth over Rs. 870 crores in Varanasi. This will further strengthen the ongoing 360-degree transformation of Varanasi.

Prime Minister will inaugurate multiple urban development projects in Varanasi. These include six projects of the redevelopment of Old Kashi wards, a parking and surface park at Beniabag, beautification of two ponds, one Sewage Treatment Plant at village Ramna and provisioning of advanced surveillance cameras at 720 locations under Smart City Mission.

Projects in the education sector that will be inaugurated by the Prime Minister include the Union Education Ministry’s Inter-University Centre for Teachers Education, built at a cost of around Rs 107 crore and a Teachers Education Centre at Central Institute of Higher Tibetan Studies, built at a cost of over Rs 7 crore. Further, residential flats and staff quarters at BHU and ITI Karaundi will also be inaugurated by the Prime Minister.

In the health sector, a project comprising a Doctors hostel, a Nurses hostel and a shelter home amounting to Rs 130 crore, at Mahamana Pandit Madan Mohan Malviya Cancer Centre will be inaugurated by the Prime Minister. He will inaugurate a 50-bed Integrated Ayush Hospital at Bhadrasi. He will also lay the foundation of Rs 49 Cr Government Homeopathic Medical College in tehsil Pindra under the Ayush Mission.

In the road sector, the Prime Minister will lay the foundation stone of two ‘4 to 6 lane’ road widening projects for Prayagraj and Bhadohi roads. This will improve the connectivity of Varanasi and will be a step towards resolving the problem of the city’s traffic congestion.

To give a fillip to the tourism potential of the holy city, the Prime Minister will also inaugurate the Phase-1 of Tourism Development project related to Shri Guru Ravidas Ji Temple, Seer Govardhan, Varanasi.

Other projects being inaugurated by the Prime Minister include a Speed Breeding Facility at International Rice Research Institute, South Asia Regional Centre Varanasi, a Regional Reference Standards Laboratory at village Payakpur and an Advocate building at Tehsil Pindra.