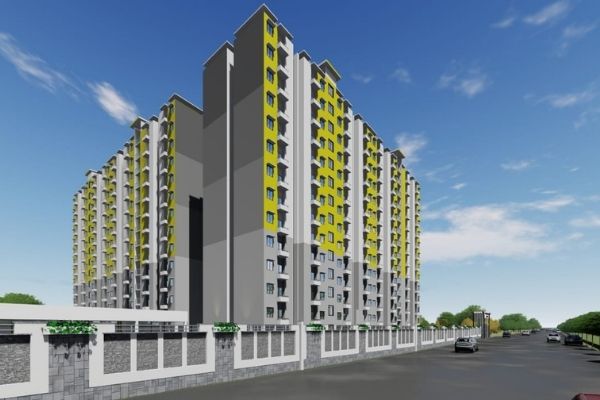 Aiming to provide sustainable, environment-friendly and disaster-resistant houses built through modern construction practices to the homeless, Chief Minister Yogi Adityanath has directed an elaborate study of the Light House Project. The Light House Project is one of the PM flagship programme.

Issuing directives in a high-level meeting with the senior officials on Wednesday, the Chief Minister said, “The Light House Project launched by the Prime Minister on January 1, 2021, will prove to be a milestone in providing resilient, affordable and comfortable houses to the needy. As the project has been introduced in six cities including Lucknow, an elaborate study should be conducted.”

The Chief Minister said that the central and state governments are determined to fulfil the dream of every poor and 43 lakh families of the state have got houses in the span of the last five years. As houses being built under the LHP will take less time to complete, a study must be conducted to expedite the pace of the project.

He further directed that a special 5-member team of experts should be constituted, which would include experts from the Civil Engineering Department of HBTU-Kanpur, AKTU-Lucknow and MMMUT-Gorakhpur, along with these, two other experts should also be included. This committee will understand the specifics of the lighthouse project and give its report for use in the context of the state.

It may be mentioned here that Prime Minister Narendra Modi laid the foundation of six Light House Projects, in Indore, Rajkot, Chennai, Ranchi, Agartala and Lucknow.

In Agartala, the steel-frame technology would be used for constructing earthquake-resistant houses and pre-constructed wall technology from Canada would be used in Lucknow. Other governments schemes would also be linked to these projects to provide facilities such as water supply, electricity and LPG connection to the beneficiaries.