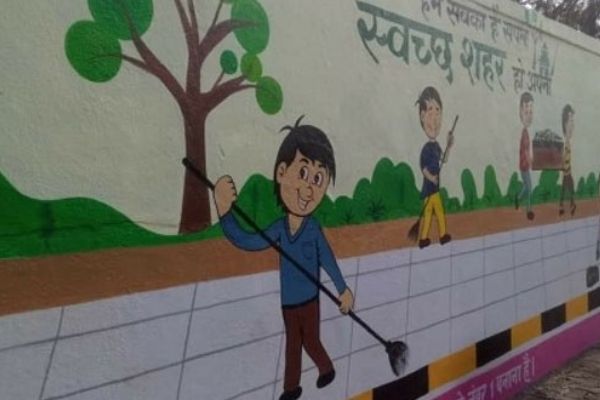 As many as 18 cities of Uttar Pradesh have been awarded for maintaining cleanliness, hygiene and sanitation in ‘Swachh Survekshan’ for the year 2021. This comes in as a strong indication of the work of the state government in making UP a cleaner state.

Swachh Survekshan is an annual survey of cleanliness, hygiene and sanitation in cities and towns across India.

In all, 18 UP cities, including Varanasi, Meerut, Noida and Ghaziabad, won awards in different categories. Awards were given away to respective mayors and other officials of respective cities by Union Housing and Urban Affairs Minister Hardeep Singh Puri and the Minister of State Kaushal Kishore.

The efforts put in by the Chief Minister Yogi Adityanath-led government in ensuring a clean Uttar Pradesh ranging from constructing 2.61 crore toilets across the state under Swachh Bharat Abhiyan to constructing around 69,265 community toilets and 652 pink toilets for women and girls have delivered the desired results as the state’s overall ranking has also witnessed significant improvement.

The manner in which the Yogi government converted the Swachh Bharat Abhiyan into a mass movement, has been widely appreciated by the experts. The government implemented a door-to-door garbage collection system in 11913 wards out of 12007 wards of municipal bodies to keep the streets and roads of the cities clean. The slogans of ‘Gaadi wala aaya ghar se kachra nikal’ were raised at every door by the municipal vehicles. As a result of this, Lucknow bagged awards in ‘best state capital in citizen feedback’ and ‘garbage-free cities’ (for cities with over 10 lakh population) categories in Swachh Survekshan 2021.

The government also made all the 75 districts open defecation free (ODF) by constructing more than 2.61 crore toilets across the state.