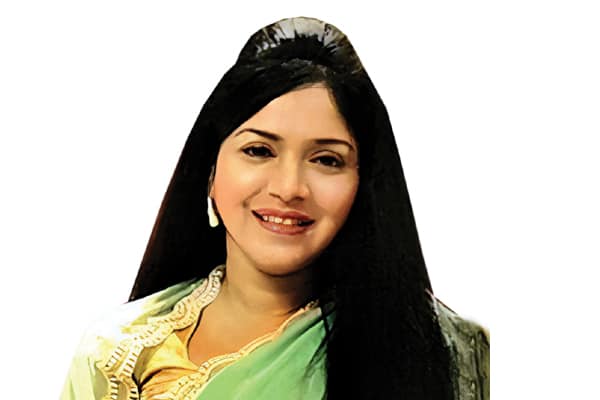 Architectural development can change the cultural scene of any landscape even if the geographical context remains the same, hence it is important to understand the cultural value of a place. Culture is a non-tangible entity with no single methodology to affect its continuity. The ambience of a historic area to some degree has culture generating properties. An effective method would therefore be to have a comprehensive inventory of the significant architectural features of an area. Whatever vicissitudes the passage of time may bring to a site, a complete and accurate heritage record permits the survival of the site meaning forever, writes Vipul B Varshney.

Large-scale migration and big investments in the infrastructure with a political heat suddenly transported this oriental town of Lucknow to a city of national importance with train and air links to other parts of the country. The expansion was so fast and enormous that the original character and face got lost and marginalised in the process. The need to pursue development opportunities with which to sustain the local economy at optimum levels eclipsed the urgency of heritage concerns. In some cases, the heritage had to bow out of existence to literally pave the way for the modern. Clearing of the old has not eased the movement of the traffic, on the contrary, it has sealed the option to explore alternative ways of dealing with it. Kaiserbagh – the once palace precinct which was surgically cut open by the British after the first war of Independence but had vastitude of heritage buildings lost its grace and elegance in this race of development lately.

Protection of national-level monuments by the Archaeological Survey of India (ASI) and the state level monuments by the State Archaeology Department is proving to be inadequate with a large-scale renewal of the inner cities that have taken place in the recent past. The loss of heritage fabric of our cities is severely damaged and unless some drastic action is taken immediately we may not have much to conserve. Although legally the position has not altered much, yet the public and administration’s response towards the issues of heritage has softened and the urgency of the situation is rapidly dawning upon them. The environment in favour of conservation is much more favourable today than ever before.

In this situation, INTACH with its over 40 years of experience has a vital role to play. It is the largest single body outside the government with technical, emotional and managerial capacities to suggest solutions to tackle heritage issues. What is most important is that it has a membership and people who have heritage concerns in mind can join the organisation. This way it represents the general public who expect it to be more effective in the field of heritage conservation.

One of the most important early steps in any conservation project is the preparation of an as-found record. Heritage recording may be carried out to many levels of detail and information and may employ a broad range of techniques. The determination of appropriate levels and methodologies requires a clear understanding of recording needs within the agency or individual authorising the work. INTACH has been currently preparing a national register of heritage buildings and monuments in the country and under this program listing of several cities and towns has been completed. In Lucknow, heritage listing was done in 1997 and then again in 2015 with a better understanding of the technique, level and methodology. This created an authentic record of not only the existence of such monuments at a particular time but also the status and loss of the heritage monuments over the years. There is, however, a need to develop and refine the recording process with inventory linkages to some of the physical and cultural attributes which establish the city’s character. Therefore aerial mapping carried out by using stereo photogrammetric cameras to establish three-dimensional plots to go with the listing, which hand-records the document and notes down the features, materials and conditions, would raise the level of inventory to a higher plane and increase the chances of its incorporation in the development plan documents. The restoration and redevelopment of Chattar Manzil Palace complex into a City Cultural centre where amenities from a food court to arts and crafts bazaar – Meena Bazaar, museum, cultural interpretation centre and to add a Boat trail on River Gomti is proposed by INTACH Lucknow Chapter and is underway. It would also place the monuments in their larger context and enlarge the conservation vision beyond monuments to streetscapes, areas and regions. Placing the historical research, which the listing is, in its geographical realm would root it better in the development planning framework and the chances of its incorporation in large reality would be improved.

Most of the old cities of India such as Lucknow, Ahmedabad, Jaipur, Indore, etc. have areas (usually bullion markets or sarafa bazaars) that get converted into eating joints in the evening. Myths associated with the culinary specialities such as the exact quantities made by so-and-so, or the fifth generation of such-and-such recipe etc. attract customers to these joints. 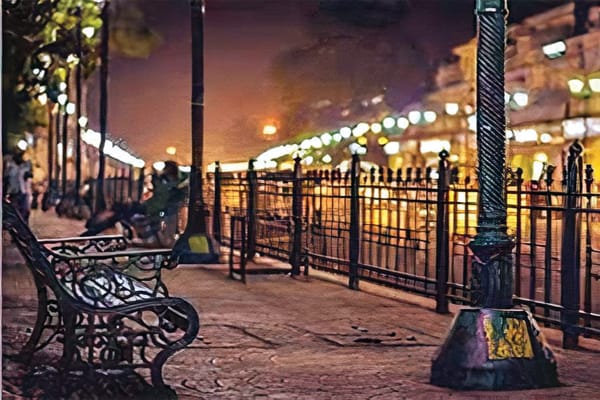 At Lucknow’s Chowk, especially Hussainabad – the Moharram processions have a special meaning to the people and of course Imambaras. The matams and the jaloos with sozkwani drown this city part in total gloom whereas, at Khirniwala Maidan in Bhopal, people get together to play chess every evening. Sometimes there are twenty to twenty-five chess boards placed along a ledge in an evening. People come great distances on their scooters to participate. The popularity of the event can be seen from the graffiti on the wall that warns chess players to end their game before twelve.

Heritage areas are also decaying areas and have been considered as slums in the planning documents. This may be because the inner cities that house most of our heritage have a human scale and treat with sympathy the not-so-abled. The meandering narrow streets provide corners of shelter to the tired and the weak. Socially disabled and discards often seek shelter in the decaying body of the old structures.

The concept of the BID is based on the lines of areas like Times Square in New York, where local businesses get together to assist the government in cleaning up their area, improving public facilities, installing street furniture, creating better security and thereby enhancing their own neighbourhood. This model could be quite successful in Indian cities, given the limitations of the municipal agencies in our country. The restoration and redevelopment of a business district of Hazratganj in 2011 in Lucknow is one of the finest examples of public participation. The case of encroachment brings to the fore the importance of a legal framework for the protection of the heritage buildings and areas that are not in the possession of the government. What is also required is the preparation of development plans for heritage areas, buildings and precincts by bodies other than the government. The concepts like heritage Zones, Archaeological Parks and others may have to be deliberated upon with the legal framework in mind. Experience of Mumbai, Delhi, Chennai, Pondicherry, Ahmedabad, Hyderabad etc. can provide frames of reference for other towns and cities to work out their specific cases.