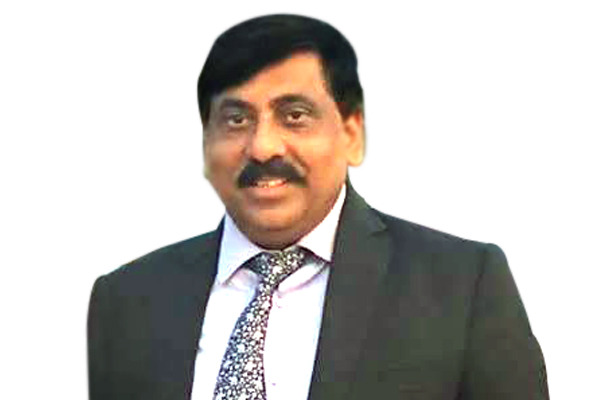 “The Indian water crisis is a recurring issue, however, with effective management at both the supply and the demand sides, and behavioural change among the people, the situation can see huge improvements”, says U. P. Singh, Secretary, Ministry of Jal Shakti, Department of Water Resources, River Development & Ganga Rejuvenation, Government of India, in an exclusive interview with Nisha Samant Purbey and Adarsh Som of Elets News Network (ENN).

Sir, how true is it that India gets more water than required but still faces a water crisis?

What are the challenges faced while taking corrective actions? In India, we have 4 percent of the world’s water available, whereas, our population is around 18 percent of the world. So, it really would not be correct to say that we get more water than we need. Secondly, 4000 bcm which is the precipitation in India, 50 percent of that is not available as it is in the form of snow or ice in the glaciers and also a lot of water gets evaporated. Now, most of this water comes in the form of rains. The rainy season is there for three months and due to climate change, the rainfall pattern has seen variations. Also, during the three months, it does rain every day but only for 20-30 days. We see it rain only for 20-30 days. Hence, what is necessary is to store the rains we get.

Now, when we talk about storage, people generally think about dams. Though in India, we have the third-highest number of dams across the globe there are certain limitations to where these sites can be constructed. There are various clearances, permissions and other issues that come up. So, increasing the number of large dams is not a feasible option. The other big storage which can be utilised is underground aquifers and for this, we need to allow more and more water to percolate underground. The next comes the small decentralised storages like ponds, lakes, tanks, wetlands which again play a very important.

However, in the case of India’s water crisis, the most important is demand-side management. We need to look at the availability of water and its judicious usage. Hence, we need to focus on that aspect as well. Today in Agriculture itself around 89 percent of the water is consumed. Moreover, most industries take up freshwater and throw out wastewater. There should be a system where wastewater should be treated and reused rather than utilising freshwater. Besides this, in urban water supply, the non-revenue water is very high.

So the issues are both on the supply side management and the demand side management as well. So rather than big storages like dams, we should focus on a very large number of traditional water bodies.

Sir, please throw some light on ‘Catch the Rain Project’ by the Ministry fo Jal Shakti. To what extent is the project expected to resolve India’s water crisis if successful?

‘Catch the Rain, Where it Falls and When it Falls’ is a recently launched mission. For this, we are working with various district authorities, state governments and many private players as well, as the scope of catching the rain, is almost everywhere. For example Airports Authority of India (AAI), there are huge lands under the authority and a huge potential for harvesting rainwater. However, the AAI is already taking some commendable measures to catch the rain. Similarly, we can take the case of ordnance factories, cantonment areas, etc. In Vadodara, around 1000 schools have opted for rainwater harvesting. If we are able to catch the water where it falls and when it falls, then this can be a decentralised solution for a decentralised problem.

The Hon’ble Prime Minister Narendra Modi in one of the episodes of his ‘Mann ki Baat’ gave a clarion call on how ‘Jal Andolan’ should become ‘Jan Andolan’. And, last year we launched the ‘Jal Shakti Abhiyan’. We conducted the Jal Shakti Abhiyan in the selected blocks of 256 districts which were more water-stressed. The movement created a buzz. In addition, we had a plan to conduct the Abhiyan again on April 15, 2020, and we were aiming to cover the entire country this time. Unfortunately, due to the Coronavirus pandemic, we have not been able to do the Abhiyan the way we had planned but still, we hope that by the end of this year we would be able to do something about it.

What are the possible measures taken by the Ministry, apart from rainwater harvesting, to improve the groundwater situations in the country?

The green revolution which brought self-sufficiency of food grains in India is today facing a problem of sustainability in some parts of the country. In certain parts, the groundwater is being extracted more the standards and hence the groundwater levels are being slumped. One of the ways in which we can reduce the pressure on the groundwater is by altering the cropping pattern. Today, around 80 percent of the groundwater used for agriculture goes to only three crops – paddy, wheat and sugarcane.

There are certain policy measures required as currently, the policy framework is such that it allows procuring more and more such crops. So, we need policy reforms for the adoption of alternative and less water consuming crops. Similarly, there is subsidised electricity, especially for farmers in many areas. Hence, farmers extract more groundwater. So, we need to work on improving the efficiency of water usage in the agriculture sector. Further, there are other measures and agro practices which can help to reduce the water usage in the fields such as micro-irrigation or drip irrigation, etc.

To control the depleting groundwater levels, the Government of India launched the ‘Atal Bhujal Yojana’ wherein we are emphasising on participatory ground water management. So, rather than the government solely managing the water resources, it will be now on the community to do the water budgeting and manage the water so that they should know how much water is available and how should they manage to cater to their needs. Therefore, basically we are emphasising on the demand side management and groundwater management in a participatory mode.

Please throw light on river rejuvenation works and what should be the way forward?

It is a common notion among the people that cleaning of the rivers or river rejuvenation can be achieved by installing sewage treatment plants or effluent treatment plants. Though the treatment plants will reduce the pollution load on different rivers but the most important aspect in the river is the flow of water. Hence we need to focus on improving the flow in rivers. If we exploit the aquifers so much that the river loses its flow then the river tends to run dry. Therefore, we need to ensure that the river gets water for its own survival and survival of mankind. Moreover, the focus should be on smaller rivers as these form the large rivers. So, if we talk about the rejuvenation of river Ganga, we must also focus on the rejuvenation of Yamuna. Similarly, we need to rejuvenate Hindon for cleaning the Yamuna and so on and so forth. We need to somehow ensure that the water flows into these rivers.

Is the river interlinking project which the Ministry of Jal Shakti is looking forward can be an answer for India’s water woes?

However, river linking does not mean that we connect both the rivers with a canal. During monsoons, both the rivers will have sufficient water but during the dry season, one of the rivers will go dry. So, there is a need to store surplus water in the other river somewhere before supplying the water to the dry river. This means there is a need to create dams. So, dams are a part of the project. In this, the surplus water will be stored first and then accordingly the water will be released to the water deficit river. However, there are issues while implementation of such projects, especially regarding consensus with the states. As per the data, no state wants to agree on that they have surplus water and the water can be transferred to other states when in need. So, while connecting intra-state is easier but interstate links pose a tough job. Also, there are certain clearances and other permissions that need to be acquired before implementing such projects. In some cases, there are tribunal orders for not transferring water out of the basin or the state. Hence, we are trying to build a consensus with the states so that the projects can be realised in time to improve the current water status of the country.