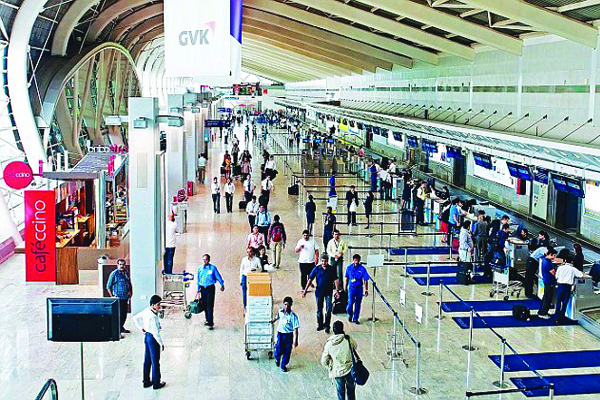 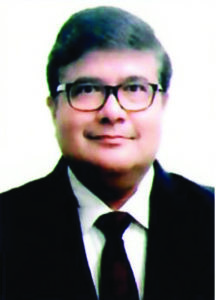 Though aviation is a capital intensive industry, airport operator has to provide the capacity well ahead of the demand. Therefore, investment in the airport infrastructure projects has to be made prudently and judiciously, says Anil Kumar Pathak, Member (Planning), Airports Authority of India (AAI), in this exclusive interview with Sanghamitra Mohanty of Elets News Network (ENN). Pathak talks at length about the plans of AAI to develop the infrastructure of the airports across different tiers, as well as Greenfield airports.

With increasing passenger load and exposure to air travel, how are the expectations of passengers for top class infrastructure at airports, even in smaller cities, being met and how realistic are these expectations?

Indian aviation is on the high growth trajectory during the last four to five years, especially India’s domestic traffic witnessed double digit growth for continuous 52 months till December 2018. As a result, all Indian airports taken together handled 345 million passengers during 2018-19 registering the growth of 11.6 percent over the previous year. In CAGR terms, total passengers have witnessed the growth of 15.3 percent during the last five years.

In the last five years, modernisation and upgradation of various existing and operational airports has been completed by AAI. The construction of Terminal Buildings in these airports is mostly steel and glass structures with large spans, so as to ensure smooth movement space for the passengers. The facilities in these Terminal Buildings are state-of-the-art and are aimed to improve the passenger safety and comfort. Care has been taken to facilitate differently abled, elderly persons and children by providing user-friendly ramps, separate toilets, child care rooms, etc.

New airport has been developed at Kishangarh. The airports at Hubbali, Belagavi have been developed for operation of A-320 type of aircraft. New terminal buildings have been inaugurated at Bikaner, Chandigarh, Tirupati, Khajuraho, Vadodara, Vijaywada, Jammu, Gorakhpur and Goa. A greenfield airport has been developed at Pakyong, Sikkim. For addressing the infrastructure issue, Government has granted in Principal approval for construction of 20 greenfield airports, out of which three airports in Durgapur, Shirdi and Pakyong have been commissioned. Development and upgradation of airports is a continuous process and is undertaken by AAI from time to time. In India, capacity is being created ahead of the demand.

According to you, which are India’s best and worst airports in terms of infrastructure?

To evaluate the satisfaction of the passengers with the service provided at the airport, two types of surveys are conducted at airports depending upon the throughput of traffic at the airport. ACI-ASQ survey is carried out at airports having throughput of 1.5 MMPA or more, this threshold has recently been raised to 3.5 MMPA or more. While at the other operational airports, Customer Satisfaction Survey (CSS) is conducted through independent agency.

In the year 2018, ACI-ASQ survey was carried out at around 346 airports across North America, Latin America and Caribbean, Europe, Middle East, Africa and Asia.

The unrelenting pursuit for excellence in concert with conviction for providing world-class airports by AAI has been acknowledged with four AAI airports getting the top honours in the recently announced ASQ awards. The four airports viz. Ahmedabad, Bhubaneswar, Chandigarh and Indore won nine awards in different categories.

“In the last five years, modernisation and upgradation of various existing and operational airports has been completed by AAI. The construction of Terminal Buildings in these airports is mostly steel and glass structures with large spans, so as to ensure smooth movement space for the passengers.”

What are the new concepts and initiatives being worked on for the betterment of airport infrastructure?

With the introduction of technological advancement, the following initiatives are being undertaken at AAI Airports:

(i) CUTE, CUSS services have been introduced at major AAI airports.

The AOCC is the command, coordination and control centre for the whole airport which integrates the diverse processes relating to the three major operational areas — passenger, baggage and cargo, and aircraft. Essentially, it is the brain and the nervous system of the airport in the sense that it gathers, processes, generates and disseminates all kind of information; in the epicentre of the activities of the centre, the decision making and initiation of action, relevant to planning and real-time management of resources and airport operations.

(iii) DIGIYATRA is likely to be introduced in the next six months at four airport viz., Kolkata, Varanasi, Pune and Vijayawada airports.

Digi Yatra is Digital processing of passengers at the airports. Passengers will be automatically processed based on facial recognition system at check points like; Entry point check, Entry in to Security Check, Aircraft Boarding, Additionally, this will also facilitate self-Bag Drop and Check-in, using facial recognition to identify pax and data recall. Digi Yatra will facilitate paperless travel and avoid identity check at multiple points.

Once the new smart security lane system is commissioned, families can all be screened together, thereby reducing wait time and congestion at security checkpoints. As well as improving passenger experience, the technology such as body scanner will boost the airport’s efficiency.

(vi) The government plans to revise the regulatory framework for airports as well as look at having multiple aerodromes in metros as part of long term efforts to boost capacity amid rising passenger numbers. An appropriate framework for the next 15 to 20 years would be worked out under NABH Nirman for creating capacity ahead of demand.

Also Read: How UDAN is A Game Changer in Aviation Sector

Which airports in tier II and III cities are being revamped for better connectivity?

Though aviation is a capital intensive industry, airport operator has to provide the capacity well ahead of the demand. Therefore, investment in the airport infrastructure projects has to be made prudently and judiciously. The infrastructure and aircraft requirement to meet the growth in the air traffic demands huge investments in Civil Aviation Sector. Around one lakh crore of investments are expected to be pumped into Airport Sector in the next five years out of which AAI alone will invest 25,000 crores for infrastructure creation.

AAI has drawn up an ambitious infrastructure development plan. There is a CAPEX outlay of Rs. 25,000 crore up to 2022-23. New Terminal Buildings and expansion of Terminal Buildings has been planned at Agartala, Guwahati, Vijayawada, Leh, Patna, Imphal, Chennai, Trichy, Srinagar, Pune, Lucknow, Mangalore, Dehradun and Jaipur to directly augment passenger capacity of these airports.

For addressing the infrastructure issue Government has granted in Principal approval for construction of 20 green-field airports, out of which three airports Durgapur, Shirdi and Pakyong have been commissioned.

“AAI is not just building new greenfield airports but is also upgrading its airside infrastructure at a rapid pace with works like runway extension, strengthening and resurfacing of runways, setting up adequate ground installations like Instrument Landing System (ILS) etc.”

How can airport infrastructure in smaller cities be made more cost effective?

AAI has developed a model for No Frill airports for smaller cities, which will provide essential services needed to operationalise the airports, without in any way compromising safety and security. The criteria of population, distance, potential, tourism, industry etc. has been taken for selection of locations for these airports. This will result in less cost of operation and make it viable for the airlines with smaller aircraft to run their services.

Due to less infrastructure and operational costs, no-frills airports would help incentivise lower ticket rates resulting in higher air passenger volume. It has to be a collaborative approach by the State and Central governments as well as airlines for the no-frills airports to succeed.

What is the major thrust on in current scenario in airport development?

For addressing the infrastructure issue, Government has granted in Principal approval for construction of 20 green-field airports. Second airports are being constructed and planned in the cities where the scope of further expansion at existing airports doesn’t exist. AAI is also planning to create 10 water aerodromes under RCS-UDAN Scheme.

According to research institute Oxford Economics, all the top 10 fastest-growing cities by GDP between 2019 and 2035 will be in India. Fast growing cities will have to have commensurate growth in infrastructure. Therefore, AAI is not just building new greenfield airports but is also upgrading its airside infrastructure at a rapid pace with works like runway extension, strengthening and resurfacing of runways, setting up adequate ground installations like Instrument Landing System (ILS) etc.