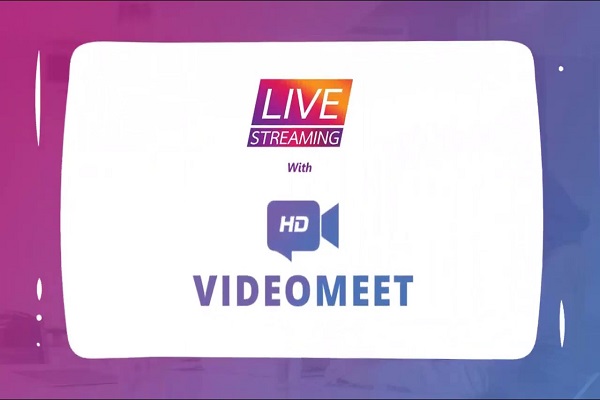 VideoMeet, an indigenously developed video conferencing application, has introduced a new feature of live streaming webinars on Facebook and Youtube platforms. This integration came as a result of a growing user base and feedback. The webinars once shared on social media platforms help the organizer garner higher views and shares.

Dr Ajay Data, Founder & CEO, Data Ingenious Global Ltd, the parent company for VideoMeet said, “Live Streaming is a popular and efficient tool for the promotion of webinars, and therefore it was integrated for our users. We are constantly improving our software. Our unique framework helps the user to regulate their data consumption, unlike other virtual conferencing platforms.”

VideoMeet has been progressing and serving lakhs of conferences/webinar minutes every day. The Jaipur-based organisation is planning to expand pan India with priority touchpoints in four states – Maharashtra, Gujarat, Tamil Nadu and West Bengal for uninterrupted video calling service to its users.

The app was developed as an invitation to the Ministry of Electronics and IT’s ‘Made in India Video Conferencing Challenge’. The application was one of the top ten contenders and has received great appreciation from the officials. The competition by the Government of India was aimed to seek out an alternative to foreign applications.

The platform promises full data security and complete privacy to every user with its end-to-end encryption. Some of the other unique features of the application are screen recording, screen share, music share, flip cameras, chat during video calls, etc.