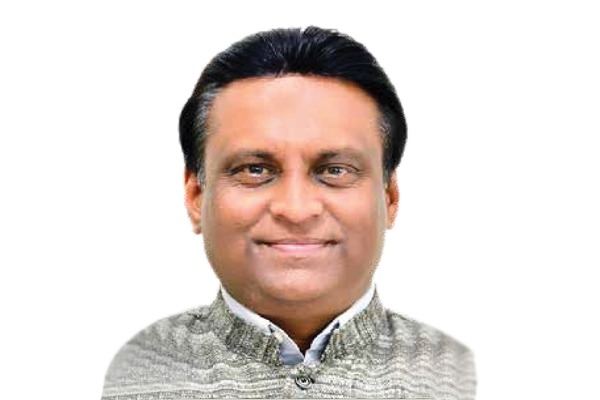 Started in 2002, many years before the Swachh Bharat Mission and Atal Nirmal Gram Yojana were even conceived, Shubrata as a local initiative to improve quality of life of the poor in the then Andhra Pradesh’s Nizamabad district, is a shining example of what effective leadership with earnest efforts and right intent can achieve. A brainchild of Asok Kumar G. of 1991 batch IAS, who is known for his out-of box thinking, the sanitation drive resulted in construction of over 1.2 lakh pucca toilets in 6 months in 2002! He is currently serving as the Additional Secretary and Mission Director, National Water Mission and Executive Director (Projects), National Mission for Clean Ganga.

In March 2003 a headline in the Deccan Chronicle newspaper read ‘Loo and Behold!’ in big bold letters. This extraordinary story had documented how lives of lakhs of people had changed forever in Andhra Pradesh’s Nizamabad district—thanks to an initiative by the district administration which undertook the gigantic task of building more than one lakh toilet-cum-baths for the poorest of the poor in the district. In the words of the programme’s architect Asok Kumar G., Shubrata had brought in “a kind of social reversal”. “The poor now have a facility which the better off do not,” he was quoted as saying. Seventeen years later, the Indian Administrative Service officer of the 1991 batch recalls how this unique initiative, which was perhaps the first in the country in terms of scale and reach, proved to be a blessing for the people of Nizamabad.

“Shubrata was a part of my initiative as the District Collector to improve ‘the quality of life’ of the people in Nizamabad. The quality of life envisaged good health, drinking water, education and entertainment for all.”

According to Asok Kumar G., Shubhrata was conceived and launched on 1st June 2002. By 30th June 2002—in just one month—100,500 Individual Sanitary Latrines (ISLs) were sanctioned; and markings for construction were done on ground. By 31st December 2002, 105,500 latrines sanctioned were completed and were being put to use.

So, in a country where government schemes often get stuck in the bureaucratic maze how did this dynamic officer managed to get it completed in record time of just six months? “Shubrata was my own potpourri scheme—combining central government’s Total Sanitation Programme (TSP) and state government’s sanitation programme to provide a subsidy of Rs 350 for every Below Poverty Line (BPL) family in the rural areas for construction of Individual Sanitary Latrines (ISLs). I proposed to give 200 kgs of rice from ‘the Food for Work programme’ in addition to cash subsidy on completion of ISL. Under TSP 1,44,444 ISLs were sanctioned to the district,” says the IAS officer.

The beneficiaries were encouraged to take up a “bath-cum-latrine” structure to get twin advantage of having a bathroom and a toilet. This found a positive response from the women who were feeling shy about the invasion of their privacy every day when they were forced to go out in the open for defecating and taking bath. A detailed estimate accommodating these two structures was prepared and pamphlets printed in Telugu and Urdu (local languages) by the Rural Water Supply (RWS) department. The cost of each structure worked out to be about approximately Rs 2,100.

At the village level, the scheme piggybacked on the state government’s Janmabhoomi programme to hold scheduled gram sabhas in all the villages. “Nodal teams formed were asked to identify eligible people Below Poverty Line (BPL) to sanction ISLs and to get the work started. Printed pamphlets giving technical and other details of the scheme were distributed in every gram sabha. Panchayat secretaries (the government officials at the village level) were made responsible for the implementation of the programme,” Asok Kumar G recalls.

The Strategy to Overcome Challenges

Before embarking on the programme, brain storming sessions were conducted with all those concerned with this program in the Collector’s chamber. A detailed plan of action was prepared working out the resource and technical requirements and identifying various bottlenecks that are likely to come up in executing the programme. Strategies to tackle these were discussed.

Some of the major challenges identified during this process included shortage of rings, pans, etc; inadequate number of masons to take up the works; and exploitation by masons/ring makers/ material suppliers due to the spurt in demand. However, according to the IAS officer, “Motivating people to take up the work was the biggest challenge.”

“To motivate people, women were primarily targeted. They were made to feel the necessity of protecting their self-pride (Atma-Gauravam) and privacy. A meeting was called on 8th June 2002 with all the NGOs working with the UNICEF-assisted School Sanitation Programme. NGOs were asked to take up the campaign in the 200 villages where bore, toilets and compound wall were constructed,” Asok Kumar G adds.

Additionally, the ANMs and health supervisors of the Health Department, and Angan Wadi workers were asked to take up the campaign as hygiene and sanitation has a direct bearing on their job. Mandal Resource Persons (MRPs) of the Education Department were also asked to motivate the villagers during their rounds in the villages.

Ensuring Transparency and Accountability The Shubrata scheme also pioneered a new way of involving general public in government initiatives to ensure transparency. “Nationwide tenders from the manufacturers of cement and toilet-pans were invited. This helped in reducing the rates of ceramics pans from about Rs 250-300 to Rs 120-150 range. The short-listed companies were asked to display the (8) selected models coded A,B,C to H in every MDO office so that villagers could select the pan of their choice. This cafeteria approach was for transparency and to give beneficiaries the chance to make their own choice,” says Asok Kumar G.

The selected models of the pans were to be delivered at the site in good condition, so that beneficiaries were not burdened with the cost of transportation and any broken pans while transporting through the kutcha, uneven village roads (about 8,000 broken pans were replaced). Cement companies also agreed to reduce the rate of the cement to be used in this project.

Reducing the Cost of Project

One of the biggest bottlenecks of the scheme was the shortage of rings and the paucity of masons to take up construction in such large numbers. To overcome this challenge, MDOs/MROs were asked to identify all the Tapi Mestries (people who can make concrete structures) in the mandal and request them to supply rings in the range of Rs 40-60. To avoid breakages and reduce cost of transportation, masons were encouraged to come to villages itself to cast the rings and cement bricks. The heavy demand for moulds and masons created a healthy competition for their services. Many villages offered them free accommodation and food to come and stay in their villages till completion of the work.

This in-situ casting of rings helped in reducing cost and to sustain the momentum in the villages. In the mandals bordering other districts/ states, the people were asked to procure rings and get services of masons from the neighbouring districts/states. People in Bhiknoor, Domakonda procured materials from Medak district, those of Kammarpally/Morthad from Karimnagar district, those from Balkonda/Nandipet from Adilabad district and Bodhan/Madnoor/Jukkal from Maharashtra state.

Every alternate day, starting from 3rd June, 2002 teleconference or wireless conference was conducted by the Collector with the Nodal Officers/ MROs/MDOs. (Those were the days when cell phones were not available and internet was a luxury.) In these conferences detailed information as to the number of sanctions given (beneficiaries SC, ST, Others & Total), stages of completion (pit, wall, roof levels, total completion) was collected, analyzed and problems sorted out.

Special meetings with Nodal Officers and MDOs were also held to get regular feedback and to give them technical guidance. From day one, emphasis was placed on proper documentation and record maintenance to ensure transparency. Number coding format was specified and all data computerized from the beginning. A register was opened for opened in each mandal, with pages dedicated to each beneficiary. In it the photos of the beneficiary, weekly progress of work, materials supplied, payments made, remarks of the inspecting officer etc were recorded.

On completion, the photo of the beneficiary, along with the ISL was pasted. The entire data was computerised and a copy mirrored in a central database in the collectorate. Press and NGOs were encouraged to critically monitor and comment on the implementation. Collector would ask feedback from the callers who used to phone-in to the weekly “Dial Your Collector” (DYC) programme held by him every Monday mornings. DYC was an extremely popular innovation started by the Collector in 2001 August to receive grievances and feedback on administration directly from the public on every Monday. This programme was attended by the district level officers of all departments.

Shubrata programme evoked tremendous response from public. The successful completion of the campaign was due to the overwhelming participation of the people. This picked up as a people’s movement, with total involvement of leaders of all political parties, elected representatives, caste elders, NGOs, voluntary organisations, press and media and above all, the womens’ self help groups.

The availability of good toilets in BPL houses triggered demand in other sections (non-BPL) of the society. They were also forced to construct toilets in their houses. In some villages, volunteers stood with sticks to deter people from doing open defecation in the fields.

Technical studies conducted by independent agencies during the implementation of the project and after one/two years of the completion of the project showed over 87% utilisation of these toilets and a remarkable reduction of water borne diseases in the district. The participatory drinking water management and the increased usage of toilets had a significant salutary effect in the health profile of the people. On public demand, another 70,000 ISLs were sanctioned which were completed in due course of time.

Assuming a daily output of 1 kilogram of solid waste from an average family of five members a day, due to the over 100,000 ISLs constructed, the environment was saved from pollution of 100 tonnes of human excreta per day!

A team, under the leadership of a Director, Rural Development Department of Government of India, visited the district in 2003 to assess the programme and acknowledged its success. Perhaps this may be the first time such a large number of individual sanitary latrines were built in such a short time anywhere in the world.

As a mark of their appreciation, the loving people of Nizamabad district were magnanimous to rename a historical lake near Nizamabad city as “Asok Sagar” after Asok Kumar G, the man behind this unique initiative.