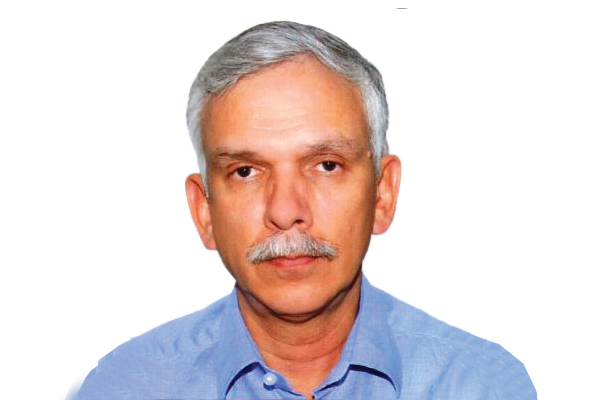 Kindly give us an overview of the Department of Animal Husbandry & Dairying.

The Department of Animal Husbandry & Dairying has been recently formed by Government of India by separating it from the Ministry of Agriculture. This was done to bring the sector in further focus. The Animal Husbandry and Dairy sector has a huge potential not only in terms of increasing farmers’ income but also ensuring livelihood and food security in the country. Therefore, the whole focus is on how we can contribute to the growth of the country’s economy and increase farmers’ income through various initiatives that can be supported or facilitated by Government of India.

As per you, special attention has to be given to the industry. Is that the need of the hour?

Do you think that National Livestock Mission (NLM) is a game changer for the sector?

The National Livestock Mission launched in 2014 encompasses a 360 degree growth in the livestock sector. The Mission was launched to ensure that we address all the aspects of reducing the input cost and make the cost of production competitive. If we achieve competitiveness and reduce input cost, the profit margins among the farmers would increase, and profit margins of the businesses for those who are aspiring to invest in the sector would rise.

This input cost efficiency is the key to the growth of the sector. Initiatives taken by the department to bring down input cost and to make the cost of production competitive are playing a crucial role to bring about growth in the sector. This will not only drive investments by cooperatives and private sector into the sector but will also lead lndia towards becoming the world leader in exporting food products from the livestock sector whether it is milk, other dairy products, or meat.

Do you think Information and Communications Technology (ICT) is going to play a major role in the success of this flagship programme and build a comprehensive ecosystem for the livestock and dairy industry?

In September 2019, our Honourable Prime Minister launched the national animal disease control programme from Mathura. This programme has two major aspects: (i) vaccinating 537 million animals of five species for disease like Foot and Mouth Disease (FMD) twice a year; and (ii) tagging each and every animal with a unique ID number. This tag or Pashu Aadhaar contains a unique number on the body of animal which can be read in the form of barcode. The unique ID numbers will be fed to a platform named as Information Network for Animal Productivity and Health (INAPH) which is managed by the National Dairy Development Board (NDDB).

In this particular portal all the information regarding the animal such as the name of the species, its productivity, lineage, health condition, symptoms in case of diseases would be uploaded. So, once you have this unique ID related to a particular animal with all its details available online then this can be a game changer in terms of traceability of the animal and animal products like meat, milk or other dairy products.

This unique ID number can be traced through the Blockchain technology once a product is linked to a particular animal. Therefore, if we get the dairy products or meat packaged with a unique ID number printed on it the consumer can use the same to know every detail about the animal from which the product has been extracted. It gives credibility to the livestock products and also ensures the traceability.

“ICT in terms of value addition and marketing of food products and their export is going to be a game changer. The process of tagging has started already and we will be allotting a number to 537 million animals across the country in the next one to two years.”

The process of tagging has already started and we will be allotting unique numbers to 537 million animals across the country in the next one to two years. Hence, Pashu Aadhaar is going to be a reality very soon. 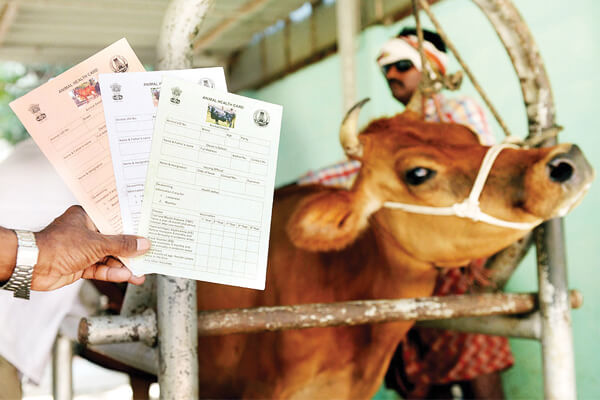 There are a lot of other things on the technological front like using genomics, which is helpful in increasing productivity in terms of breed improvement or other related aspects. Hence, emerging technologies in the sector with reference to traceability, breed improvement, disease prevention, better food and water availability to the livestock are going to drive the sector’s growth.

What are the challenges from the farmers’ perspective when it comes to deploying more technology?

With farmers getting used to smartphones, WhatsApp, video streaming, and more, they are no more stranger to the technologies that are being made available to them at their doorstep in terms of using them and getting benefit out of it. Technology is now easily being adapted by the farmers across the country, whether it is related to crop production or dairy production. Therefore, I don’t think it is a major challenge for the farmers.

Can you shed some light on the Rashtriya Gokul Mission?

Rashtriya Gokul Mission was launched in 2014 when the new government took over. This was primarily launched to increase the productivity of indigenous population of cows and buffaloes in the country. In terms of the productivity increase of cattle 3 factors play major role: (i) Health through vaccination and disease reduction; (ii) Fodder availability for the cattle at affordable prices with high nutritional value which is being taken care by the National Livestock Mission; and (iii) the breed improvement which is primarily being addressed by the Rashtriya Gokul Mission.

There is a need to increase the reach of artificial insemination across the country. Presently, artificial insemination coverage is 30 percent countrywide and our target is to reach 100 percent of the cattle population which can breed by the end of five years. In order to help the cause, in September 2019, the Prime Minister launched the National Artificial Insemination programme under which resources are being made available to the farmers at their doorstep. This particular service is being 100 percent funded by the central government.

“The National Livestock Mission launched in 2014 encompasses a 360 degree growth in the livestock sector. The mission was launched to ensure that we have all the aspects of reducing the input cost and to make the cost of production competitive.”

Further, to enhance breed, latest technologies like embryo transfer and invitro fertilisation (IVF) are also being used. Experiments using such technologies for further improvement have been carried out and recently we have achieved a record of almost 56 pregnancies in six months out of one Gir donor cow. This idea of technology to increase the productivity can turn out to be beneficial in addition to the traditional breed enhancing techniques like pedigree selection and progeny testing.

When we talk about enhancing entrepreneurial skills of the farmers, what all have been done yet and what more has to be achieved?

As far as the entrepreneurial development in this sector is concerned, in the last five years, the compound annual growth rate of more than eight percent shows that this particular business is prospering in terms of productivity increase. In terms of milk production, the sector is registering a growth of almost over six percent. Therefore, a whole lot of entrepreneurs are there in the sector already. While the crop cultivation gives the return in three months to six months, depending on the crop, but in livestock sector the working capital invested starts giving returns by the end of the day. Any farmer who in addition to crop cultivation is engaged in livestock farming or dairy farming never commits suicide because they have a daily income which they generate out of livestock. We are trying to redesign our schemes in such a way that we get a good number of entrepreneurs in the community to ensure fodder availability for dairy farming or breeding.

In addition to that, we are running various programmes for entrepreneurs who are trying to do business in the industry in which they will be given loans with reduced interests that would result in more private stakeholders joining the sector.

What is the Ministry’s vision when it comes to using innovation technology for the growth of the animal husbandry sector in the next five to 10 years?

Innovation, research and development are the key factors to ensure development of any sector. In September 2019, we launched our Startup Grand Challenge where we identified six major problems in the livestock sector.

We will give awards to selected startups coming up with solutions and will also handhold them through incubation support, assistance in finding equity funding and help them to grow their businesses further.

Additionally, we are also trying to build a special component in our programmes where we will fund any innovation or research and development initiatives not only by the government institutions but by privately-owned startups and institutes as well.