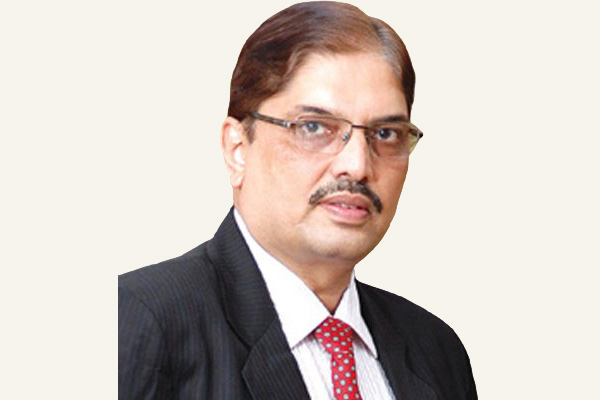 In the war against Corona, Dr Vishwas Mehta has commanded the state of Kerala under the leadership of Pinarayi Vijayan, Chief Minister, Kerala as a model state.

Amidst the Coronavirus pandemic, Kerela, also known as the ‘God’s Own Country’ and famous for its medical tourism, is in discussion these days for its effective measures taken by Dr Vishwas Mehta, Additional Chief Secretary, Department of Home Affairs, Kerala, to contain COVID-19 pandemic under the leadership of  Pinarayi Vijayan, Chief Minister of Kerala.

Dr Mehta, a 1986-Batch IAS officer, is a native of Dungarpur town in Udaipur division of Southern Rajasthan. Dr Mehta talks about the success story of Kerala to fight COVID-19 stating that in recent years the state has faced tough times like the floods claiming many lives. These days Coronavirus has impacted the state hard and since then we have been taking strict measures to fight the pandemic. And, the combined efforts of the CM; KK Shailaja, Health Minister; Tom Joss, Chief Secretary; and Dr Rajan N Khobragad, Principal Health Secretary among other key representatives have made it possible to control the viral pandemic.

Dr Mehta said, as early as in January we got our first case. A few medical students who returned from the city of Wuhan, China were showing symptoms of COVID-19. As soon as we got the information, the Government of India, as well as the Government of Kerala, immediately came into action and the suspected students were quarantined. We began their medical treatment and after a few days of social isolation and medical treatment they recovery and were discharged from the hospital, he added.

The State upscaled the efforts to contain the pandemic after two deaths were reported due to COVID-19. Although, Kerala was one of the worst-hit states but our effective efforts and strict measures the number was brought down by more than 50 percent. Also, we have been successful in preventing any further deaths. Also, Dr Mehta said, there are four control rooms in the state functioning round the clock. The control rooms help in monitoring medical equipment, food, vegetables and ration supplies, also the movement of people and social distancing.

The approach with which Kerala is fighting the pandemic has set an example for other states. Also, prior experiences of Dr Vishwas Mehta had been of great help in the fight against COVID-19. Earlier, he had taken proactive and effective measures at the time of swine flu outbreak and Ebola and had also served as the Principal Health Secretary of Kerala.

During the lockdown period, the state has been constantly focusing on monitoring the lockdown norms and contact tracing of people found positive of the viral infection. Dr Mehta said that around kept 1.72 lakh people were under surveillance. Extensive and continuous testing was conducted and as a result, the people under surveillance are reduced to 88,885 today. This was possible only because the 14-day quarantine was strictly followed in the state, Dr Mehta added.

Out of the total 394 cases in the state, only 147 cases were found positive. Hence, as of April 16, there are only 147 cases under medical supervision and being treated. Whereas, 245 people have recovered and reached their homes safely. Despite over 42 lakh people above 60 years of age in Kerala, only 2 deaths have been reported as of yet.

Kerala has a long list of achievements when it comes to fighting COVID-19. The state reports 0.58 percent death rate which is the lowest death in the world. Also, the state has conducted the most tests in India based on the population density. Moreover, Kerala is the first Indian state to establish Covid Testing Kiosks (WISK) and also is the first to try Plasma Therapy even before many countries. In Kerala, every district has at least two Special hospitals for COVID-19. Kerala is also the first state to make law on epidemic control – Kerala Epidemic Diseases Act. It is also the first to start Telemedicine service.

In this critical time of COVID-19, Kerala started ‘No one without Food’ campaign and opened 1,400 community kitchens across the state becoming the first Indian state to do so. In addition, the state also houses over 5,500 Migrant Labour Camps which is highest in the entire country. Kerala has been proactive in fighting the pandemic and was the first state to deploy over 300 doctors and more than 400 health inspectors on a war footing within 24 hours. Kerala is also the first India state to declare stimulus package of Rs 20,000 crore as financial aid.

Kerala, in its efforts to spread awareness among people regarding the significance of hygiene in fighting COVID-19,  started ‘Break the Chain’ campaign for handwashing, sanitizing and social distancing. Furthermore, Kerala was the first in India to provide Mid Day Meal at home for Kindergartens (Anganawadi’s) and the first to expand Internet bandwidth and connectivity during lockdown.