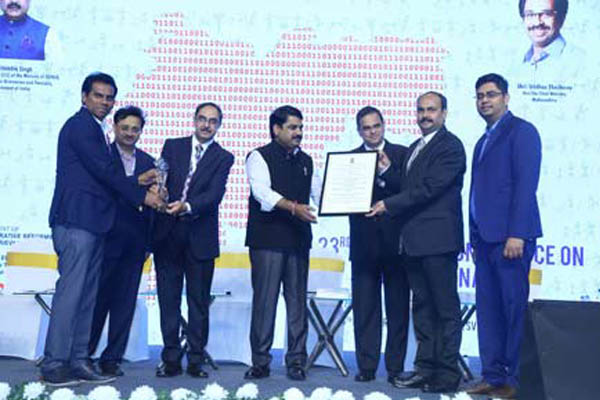 The Government of Odisha’s Single Window Investor Facilitation & Tracking popularly known as GO SWIFT has won the National e- governance Silver award for the year 2019-20 under the Category-1 ‘Excellence in Government Process Re-engineering for Digital Transformation’ by the Department of Administrative Reforms & Public Grievances of the Government of India (e-Governance division). The award was presented during the 23rd National conference on e-governance currently on in Mumbai.

The, GO SWIFT portal provides the necessary support to the investors in the entire investment lifecycle. One of the USPs of this portal is the GO-PLUS tool which is an online GIS-based Industrial Land bank which helps investors select suitable land parcels for their projects and GO SMILE, which ensures seamless Synchronised Inspection of Industries by different departments in the same time frame, saving time and resources for the investor companies.

The incentive administration is also online through this portal, so also the post allotment services by IDCO through GO-iPASS.

Odisha is one of the few states in the country which has extended the industrial facilitation to the CSR administration by the Industries, through the GO CARE portal which is part of the GO SWIFT.

According to the Odisha Government, the GO-SWIFT system has reduced the single window approval time to 20 days on an average from 390 days a few years back.

Odisha has cornered 18 percent of the virgin investments drawn by all states and also edged past Maharashtra as one of the most attractive destinations for investments during H1 or the April-September period of FY20 which is a huge achievement for the State.