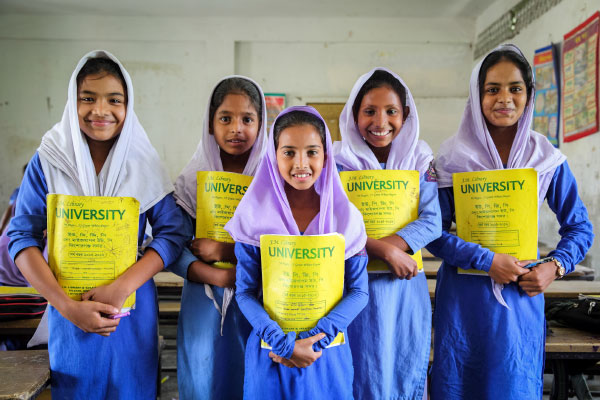 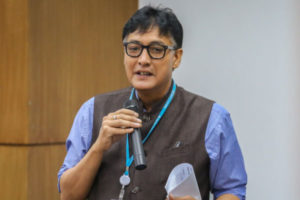 Sudipto Mukerjee is an Architect & Townplanner with nearly 25 years of international development experience. He has previously worked for the Government of India, and the UK Department for International Development. He is presently working as UNDP Resident Representative in Bangladesh.

UNDP has been closely engaged with the Planning Commission of Bangladesh to strengthen alignment with the 7th Five Year National Development Plan. 14 goals (82%) are thematically fully aligned, while three goals (Goal 14, Goal 16 and Goal 17) of the SDGs (18%) and remaining are partially aligned

Bangladesh is one of the promising countries towards attaining SDGs on action to end poverty, protect the planet and ensure that all people enjoy peace and prosperity by 2030. As part of the UN Development System, United Nations Development Programme (UNDP) has put in place four dedicated streams of work to support Bangladesh in their efforts to coordination, localisation, design policy, plans and programmes for the sustainable future, access and generate finance, source and analyse data, and drive innovation and learning– supporting in integrating 17 SDGs. These are important building blocks to guide strategies to achieve the SDGs. UNDP is proud partner of the General Economics Division of the Planning Commission to run the Secretariat for the Committee to coordinate implementation at the policy level along with monitoring and reporting SDGs status. This is in continuation of the previous UNDP, Government of Bangladesh partnership on the Millennium Development Goals in which Bangladesh’s performance was praiseworthy.

Under the present partnership, UNDP has been closely engaged with the Planning Commission to strengthen alignment with the 7th Five Year National Development Plan – 14 goals (82%) are thematically fully aligned 3 goals (Goal 14, Goal 16 and Goal 17) of the SDGs (18%) and remaining are partially aligned. Thus, achievement of Plan objectives and targets will contribute towards achievement of SDGs. Bangladesh is moving steadfastly towards ensuring access of 100 per cent households to electricity well ahead of the target of (SDG 7) time in 2025; it reached 85.3 per cent in 2017 (91% in 2018 December). Compared to other neighbouring countries of South Asia, the improvement in sanitation and reduction in open defecation is impressive. Currently 87% of population has access to safe water sources (Target 6.1) and 61% population has access to safe sanitation. Access to improved sanitation improved by 26% while open defecation has reduced by 33%. It is also noteworthy that the average annual growth rate of GDP per employed person has already reached the 2020 target in FY2017.

Progress on expanding coverage of social protection and proportion of government expenditure on services (health, education and social protection) as share of total government expenditure are also on track. According to Global Gender Gap Index of 2017, of the seven countries from South Asia, Bangladesh has emerged as the top performer by reducing its overall gender gap to about 72% with a global ranking of 47.

Bangladesh has acquired credible capacity in disaster management. This is widely recognized by the world community. In facing the climate change impact, the country has made solid progress. A number of climate change related programmes, strategies, plans and actions have been formulated and mitigation measures have been operationalized. The progress on reducing extreme poverty measured by $1.90 a day or by national poverty line (LPL) is on track (SDG 1: end poverty). Similarly, progress on expanding coverage of social protection and proportion of government expenditure on services (health, education and social protection) as share of total government expenditure are also on track.

Healthy lives and Well-being (SDG 3) can be evident from the child related indicators, namely, under 5 mortality rate (U5MR) (31 per thousand live births) and neo natal mortality rate (NMR) (17 per thousand live births) have already reached their 2020 milestone targets ahead of time. Some of the women related targets such as number of medically-trained care providers during child birth, proportion of currently married women who use modern contraceptive method (59.2%) are very close to reaching their targets in 2020. The proportion of female members in the Parliament at 20.3 percent(including with reservations) in 2019 is low and needs to be significantly improved. While, gender wage gap in Bangladesh is the lowest in the globe, as it came down to 2.2% in 2018 against the world average of 21.2% , overall female participation in the formal labour force remains low at 36% compared with 87% for male.

The share of manufacturing value added in GDP has been steadily increasing and has already exceeded 2020 milestone in FY2017. The proportion of population covered by mobile network has reached close to 100 per cent in case of 2G technology. In case of 3G technology the 2020 milestone has already been achieved in 2017. Bangladesh has got access to 4G technology.

Employment and quality education are the biggest challenges for Bangladesh in attaining the SDGs. It is also important to give emphasis on challenges like improving skill levels, preventing violence against women, and mitigating economic impacts of natural disasters. It is also important to give proper attention in favour of greater tolerance by way of human rights, and zero tolerance in the face of corruption. Finally, as the country continues with impressive economic growth and poverty reduction, creative policies to rein in the growing inequality are urgently required to maintain peace alongside prosperity. All of these areas will remain in focus of the UN’s development cooperation in Bangladesh, bolstered by the determination of both partners to ensure an equally impressive achievement of the SDGs by 2030.