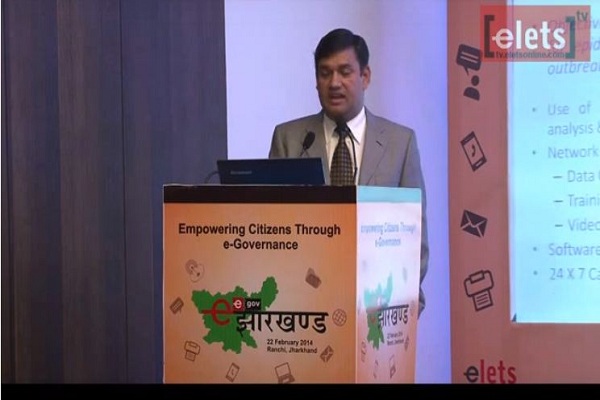 In an exceptional achievement, Manish Ranjan, a 2002-batch IAS officer of Jharkhand cadre, has scored over 100% as he completed a course at the prestigious University of California, Berkeley.

Ranjan, who is currently serving as the Additional Chief Electoral Officer of Jharkhand, scored a remarkable 104.44% in the Statistics course he is pursuing from UC Berkeley.

Ranjan took to social media to share his happiness, dedicating the feat to his late father and crediting his teachers for the same.

The IAS Association, formed by the serving members of the Indian Administrative Service, also lauded Ranjan’s achievement on Twitter. “Some IAS officers excel beyond what many will consider impossible.!! Manish Ranjan IAS from Jharkhand scores more than 100% in Statistics course at UC Berkeley!!” the IAS Association posted on Twitter.

Some IAS officers excel beyond what many will consider impossible.!! Manish Ranjan IAS from Jharkhand scores more than 100% in Statistics course at UC Berkeley!! #Awesome #BeatThat #IAS pic.twitter.com/jmAxpw3cUQ

Ranjan also graced our first eJharkhand summit, in 2014, organised by Elets Technomedia. He joined us as one of the key speakers being the then MD of National Health Mission. He talked about key e-Governance measures undertaken in the state as part of the programme.

Ranjan completed his study in Sociology and Economics from the Delhi University’s Hindu College in 1996. He then pursued MBA as well as a Post Graduate Diploma in Rural Management from the coveted Institute of Rural Management, Anand (IRMA).

Post that, Ranjan joined the National Dairy Development Board (NDDB) in 1998 and worked as an Assistant Executive (Institution Building Group).

It was in March 2000, while he was still working for NDDB, that Ranjan decided to go for the Civil Services. Two years later, Ranjan made headlines as one of the toppers at the UPSC CSE. He secured AIR 4 in the 2001 CSE with a score of 225/275 marks in the Personality Test, the third stage of CSE.