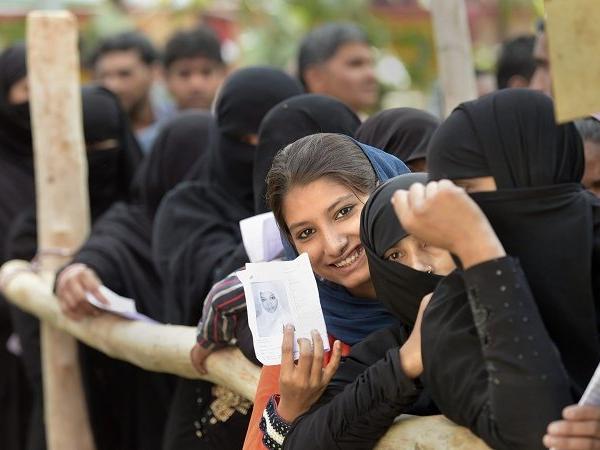 The third and biggest phase of the Lok Sabha 2019 elections has witnessed 65.71 percent voter turnout. The Election Commission of India has recorded the final turnout after the conclusion of the polling process.

The following table brings the data from the 14 states and Union Territories.

Voter Turnout across States and UTs

The voting in two polling booths of Odisha was cancelled owing to wrong pairing of EVM and VVPAT. Odisha Chief Electoral Officer (CEO) Surendra Kumar has recommended fresh voting in these two booths.

In Gujarat, as many as 25 complaints were filed with the Gujarat CEO on grounds of delay in commencement of poll procedure in Ahmedabad, bogus voting and MCC violation.

Read more: 1640 candidates to contest in the third phase on 23 April

In West Bengal’s Murshidabad district, a voter identified as Tiyarul Kalam, 55, was killed in a clash between Trinamool Congress (TMC) and Congress party members. In Motiganj, North 24 Parganas district of West Bengal, clash between TMC and BJP workers were reported.

Clashes were also reported from Anantnag, Jammu & Kashmir where polling agents from PDP and National Conference were engaged in brawl. However, no deaths were reported.

As many as 116 constituencies were covered in the third phase of Lok Sabha elections 2019 with a total number of 1640 candidates.