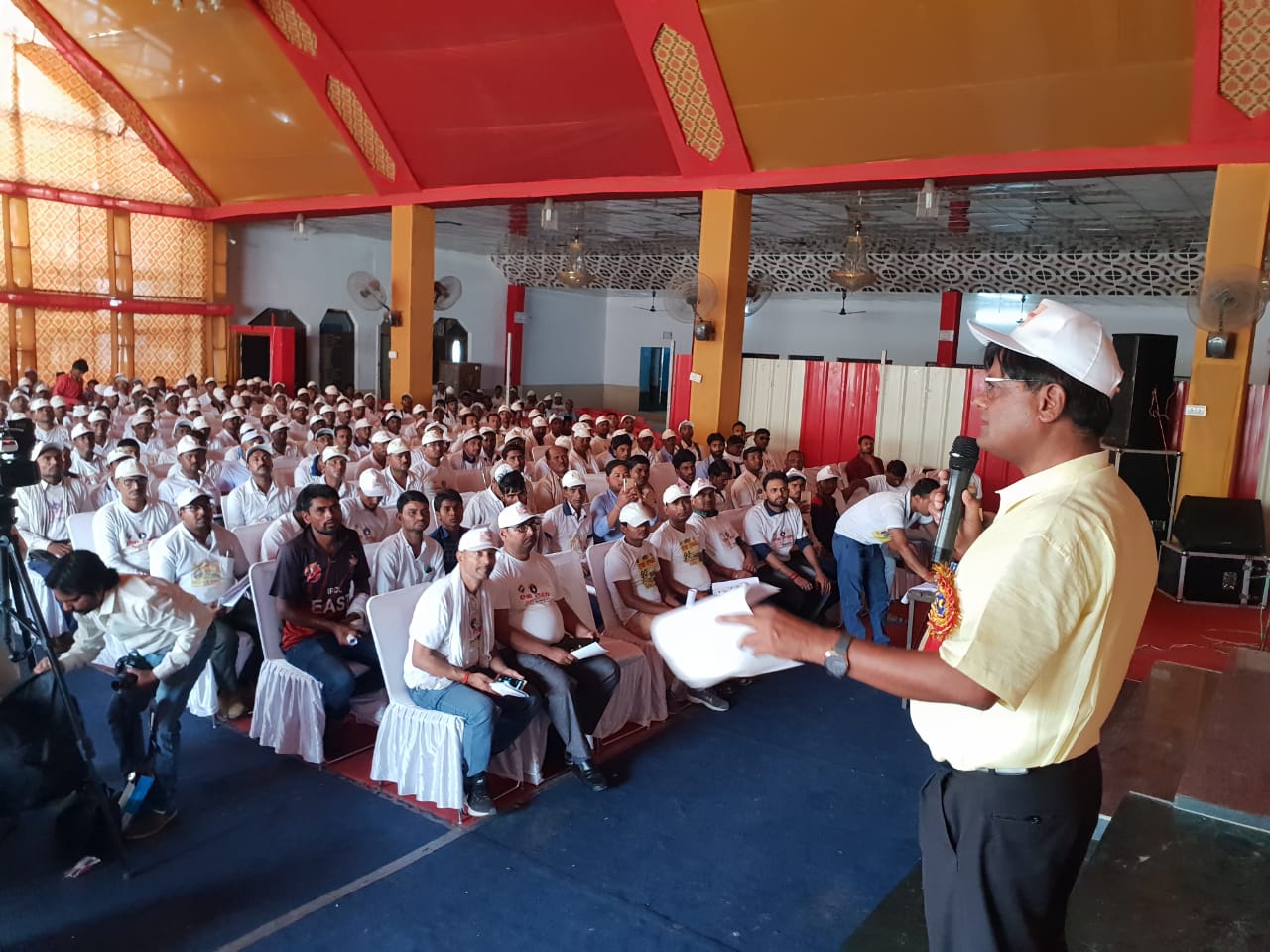 Taking a cue from more than 90 percent voter turnout in two gram panchayats of Banda district in the 2015 Panchayat elections, District Magistrate Heera Lal has embarked on a mission to create history by repeating the previous success in the Lok Sabha Elections-2019, finds out Arpit Gupta of Elets News Network (ENN).

In every election, district magistrate scramble to record high voter turnout but Banda’s District Magistrate Heera Lal has this year pushed the target to a seemingly unimaginable level, reaching which won’t be an easy task for other DMs. He has taken it upon himself to achieve more than 90 percent voter turnout in the district and has devised a unique strategy that includes many attractive features to help him reach this goal.

How did the Banda DM Come Up With This Idea?

The Banda district magistrate says that he analysed the voting trends of various elections in Banda and was quite taken aback when he found that in the last Panchayat elections, Kolaval Raipur panchayat witnessed 91.80 percent voting and Shahpatan panchayat in Naraina Block saw 90.70 percent voting, compared to 52.69 percent voting on four parliamentary seats in Banda in the 2014 Lok Sabha elections and 60 percent in the Vidhan Sabha polls in 2017.

This led him thinking that when two panchayats can witness more than 90 percent voting then why not all panchayats can achieve this feat. Keeping this in mind, he started the ‘90 Plus’ mission for the upcoming Lok Sabha elections.

The solutions offered by Lal are interesting ones. To increase the voting percentage, BLO can make a significant contribution. In this view, he named each BLO as a ‘Booth God’ and left no stone unturned to inspire every voter to come out to vote. He entrusted every officer and important government official in the district with the responsibility to take care of their respective voting booths.

District Magistrate Heera Lal’s mind is a treasure trove of ideas and his communication skills are so powerful that he leaves people spellbound, making his task of motivating them an easy one.

In Banda, banners with a message in Hindi that roughly translates to: ‘90% Voting to Make Banda Pride of India’ can be seen everywhere. Further, the message printed on thousands of leaflets has been distributed across the district. ‘Voting Motivators’ have been given a white cap and uniform, which has been adorned by the DM himself. This has inspired his thousands of followers in the district to adopt the white attire, which has taken the shape of a revolution of sorts.

All tehsils of the district organised extensive voters’ awareness programmes from March 8-11. Heera Lal, the only district magistrate in the country who has resolved to achieve the target of 90 percent voting in the 2019 parliamentary elections, has left no stone unturned to achieve his goal.

This unique initiative was definitely a break away from the tradition.

Steps taken in Banda to Reach the ‘90 Plus’ Voting Target.

Cultural programmes have been developed as a medium to communicate with common people and voters. Local artistes have been roped in to give performance in order to create awareness about voting at as many as 471 villages in a planned manner. These artistes are creating awareness among people on the request of the district magistrate.

The district magistrate has selected three brilliant girls — Kr Shivani, Kr Anjali Verma and Kr Vijayeta — as brand ambassadors. These three brand ambassadors are creating awareness about the polls through cultural activities of their own.

Booth ambassadors have been appointed for all 1,454 booths in the district. This responsibility has been given to first time voters and other vigilant people in villages. These people will encourage local voters and convince those who reside outside the district to come back home on the polling day to cast their vote.

Students from educational institutions like ITI, Polytechnic, KCNIT, and Government Engineering College have been given the responsibility of one booth each as part of their internship programme. Students will collect voters list of their chosen booth from BLO and connect with each voter to encourage them for voting. After the polls will get over, the district magistrate will award these students internship certificates.

The district magistrate has been writing letters to government officials and vigilant citizens on attractive letter pads. In the 20,000 letters he has written so far, he has been presenting an analysis of facts and figures from the past elections to encourage voters in an impactful way. According to Lal, there have been precedents of more than 90 percent voting recorded in the district.

Voters have been allowed to take their two-wheelers and four-wheelers to the voting booth, which was not the case earlier. This will facilitate voters to reach their polling booths easily, which will prove to be an effective move as patients and infirm will also be able to cast their vote.

All the 843 voting centres will be designed as voting fairs. Every tent put up at the fair will be able to accommodate 100 people. The voting centre will have seating and refreshment facilities. Voter would be allowed inside the voting booth one at a time so that they do not have to wait in long queues. Moreover, the voting officials deployed at the voting site would help and welcome the voters.