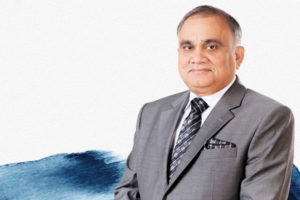 Chairman of Yamuna Expressway Authority chairman and Divisional Commissioner of Meerut Prabhat Kumar has been appointed as the Agriculture Production Commissioner (APC) and has replaced RP Singh, who has taken voluntary retirement.

He will also hold the additional charge of Basic Education department.

Similarly, Sanjiv Saran, Additional Chief Secretary, Employment, IT and Electronics, has been posted as Chairman of UP State Road Transport Corporation.

Principal Secretary, Excise, Kalpana Awasthi has been given the additional charge of Forest and Environment department.

Anita C Meshram has been made the new Divisional Commissioner of Meerut.

Anil Raj Kumar has been appointed as the new as Divisional Commissioner of Moradabad.

Special Secretary and Staff Officer of Chief Secretary, Mohammad Shafakat Kamal has been posted as Vice-chairman of Bulandshahr-Khurja Development Authority.

Jitendra Kumar is given the additional charge of Cultural Affairs department, while Principal Secretary, National Integration, Anita Singh has been shifted to Minor Irrigation department.