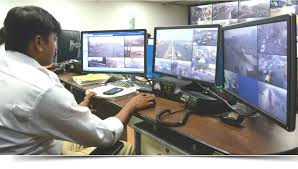 Now, traffic control in Gurugram district will be on the pattern of Chandigarh city, and challans will be directly sent to the home of violator of any traffic rule from the CCTV Control Room.

This was disclosed by the Additional Principal Secretary to Chief Minister, Dr Rakesh Gupta, while presiding of over a review meeting on implementation of various government schemes through video-conference, today.

He said outlines of the project had jointly been prepared by the Gurugram Police and Gururgram Metropolitan Development Authority (GMDA).

With the support of Municipal Corporation, Gurugram, 64 CCTV cameras have been installed in Gurugram city and a comprehensive plan to install such cameras all over the city is being planned by the GMDA.

e-Challan has already been initiated in Gurugram and the tradition of issuing of challan from the challan book has been ended in Gurugram. After installation of CCTV cameras, the traffic police would not stop the violator of traffic rule. It would rather send the challan through post to his or her house.