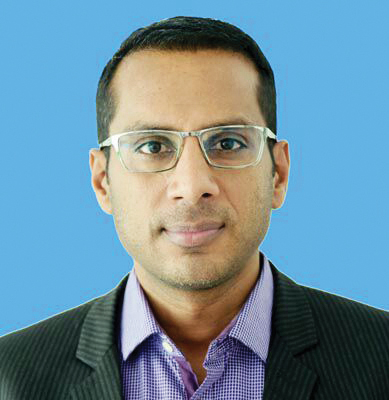 Naya Raipur will be the first Greenfield capital city equipped with all the modern planning and infrastructural methods and yet will keep firmly ensconced in its spirit the culture and values of Chhattisgarh, writes Mukesh Bansal, Chief Executive Officer, Naya Raipur Development Authority (NRDA), Government of Chhattisgarh.

Naya Raipur will be a sustainable and vibrant city that will fulfil the needs and aspirations of the people from all walks of life. It will be the administrative capital of the State and also cater to the infrastructural needs of industry and trade in the region.

It will have state-of-the-art technology, cherish traditions and core values, and conserve the prevailing man-nature symbiotic culture as well as abundant natural and cultural assets in the region. There has been no compromise on the quality in any of the projects that had been taken up in the city. We not only want the city to look beautiful but it shall have state-of-the-art landscape which is sustainable eminently. NRDA decided to inculcate and evolve a new civic and work culture from the initial stages itself. People who are going to live there will have a better and peaceful living style in a pollution-free green environment.

Naya Raipur is just an example of good governance wherein inclusive development is envisaged appropriately. It is being developed in accordance with the provisions of Development Plan-2031 being finalised after a series of consultation at different levels.

Naya Raipur is divided into 40 sectors of which 21 sectors are residential and, three are for Government offices and staff housing, others are earmarked for commercial, industrial, semi-public and recreational activities. Currently 8,946 housing units have been constructed in the city’s Sector 17, 27, 29 and 30 with 7,000 housing units currently available for residential purposes. Reputed private players like Parthivi, Aarti Group, Avinash Group, GT Homes and Ultra Homes have already made investment in residential sectors of Naya Raipur. NRDA is in the process of selling plots to the interested buyers and builders.

It is a matter of pride that the existing villages in Naya Raipur are an integral part of planning with a mandate to raise their amenities at par with the new development. It is the first city in India to adopt and implement TOD (Transit Oriented Development) approach with easily accessible transit nodes planned as per TOD guidelines.

It is a Zero Discharge City with five decentralised Sewage Treatment Plants (STP). The recycled water is used for watering the greens of the city.

It has 72 km of centrally controlled smart LED street lighting. It has an intelligent public transport system with 13 BRT shelters and 30 AC BRT buses. BRTS is ITS controlled.

It is also a home to premier health and educational institutes like Satya Sai Sanjeevani Hospital, Vedanta Cancer Research Institute, IIIT, IIM, Hidayatullah National Law University (HNLU), and ITM etc. Currently, an integrated Command and Control Centre is being developed at Sector 19 through which all the city operations shall be monitored and controlled. This is an NRDA initiative. With Naya Raipur now included in Smart Cities Mission, it will help in channelising new projects like community schools, upgradation of schools, affordable housing, green compliance on existing buildings, vertical gardens for public building, parks etc. All this is aimed towards community on one side and infrastructure reinforcing projects like micro grid and solar energy, smart metering, rain water harvesting, real time water quality monitoring on the other side.

This will help Naya Raipur to offer standards which no other brownfield city currently offers and no other Greenfield City is prepared to offer. Moreover, after selection of Naya Raipur in the Smart City list, SPV is being formed currently.

For the Naya Raipur, SPV will be Single Point of Contact (SPOC) for all project developments, infrastructure improvements, operation of utilities and services and to carry out regulatory works like approval of building plans, advertisement and property taxation etc.

“Naya Raipur is divided into 40 sectors of which 21 sectors are residential and, three are for Government offices and staff housing, others are earmarked for commercial, industrial, semipublic and recreational activities.”

Pi Datacentre will be investing Rs 198 crore approximately in Naya Raipur over a period of five years to develop a state-of-the-art tier-4 data centre with many first-of-itskind offerings like hosting, cloud, managed services and colocation services. It is built on an area of 10 acres. The facility will result in employment generation accompanied with strong CSR and being environment friendly. This creates an IT ecosystem for new companies in Naya Raipur and region where companies can quickly start their businesses tapping into Pi’s infrastructure with lower capex.

Naya Raipur also caters to the infrastructural needs of industry and trade in the region with abundant 24X7 underground power supply with ring mains and adequate water CSIDC, in supporting DRDA to boost ESDM sector in the State. It is establishing a Green field Electronics Manufacturing Cluster (EMC) in Sector 22, Naya Raipur.

The Government is giving 80 per cent subsidy on total land premium through Chhattisgarh IT department CHiPS (Chhattisgarh InfoTech and Biotech Promotion Society). The EMC cluster is being setup as per the EMC scheme of Ministry of Electronics and Information Technology (MeitY), Government of India. This is the first electronics cluster in the State.

There are many who have moved into a new city and saw the place grow. For them it’s an amazing journey. However, rarely you would come across people who can say the same thing about moving into a city. Many generations don’t get such opportunities. People who do grab that opportunity can script a story of a lifetime. This is your chance to write your own story by witnessing a city unfold.

At present, the NRDA is a special area development authority constituted under the Chhattisgarh Nagar Tatha Gram Nivesh Adhiniyam 1973, as the nodal agency responsible for the planning and development of Naya Raipur. At present, the entire area of 237.42 sq km is under the jurisdiction of NRDA which encompasses 41 revenue villages within three development blocks.

Moreover, after selection of Naya Raipur in the Smart City list, SPV has been formed. For the Naya Raipur Smart City Mission, SPV will be single point of contact (SPOC) for all project developments, infrastructure improvements, operation of utilities and services and to carry out regulatory works like approval of building plans, utility management, advertisement and levy of user charges etc.

The land being offered by NRDA to the investors and developers is litigation free. NRDA has acquired the land and has developed the infrastructure for the further usage. Whenever an investor would seek investment, the infrastructure development charges would be levied on case to case basis.

Similarly, the rate of plots will be decided before calling the applications. Land diversion fee will be borne by NRDA. It is the sole agency that will provide – land, layout, diversion, building permissions etc.

Naya Raipur’s importance is growing considerably as the major node in trade network and a host of industries in adjoining areas. It is expected that Naya Raipur will set an example of phased development for all the smart greenfield cities across the globe.

The most important aspect in the development and sustenance of Naya Raipur is based on continuous citizen engagement. The citizens are engaged with the State authorities through various channels that include social media apps (Facebook, Twitter, and YouTube), MyGov app, survey forms and direct citizen engagements.