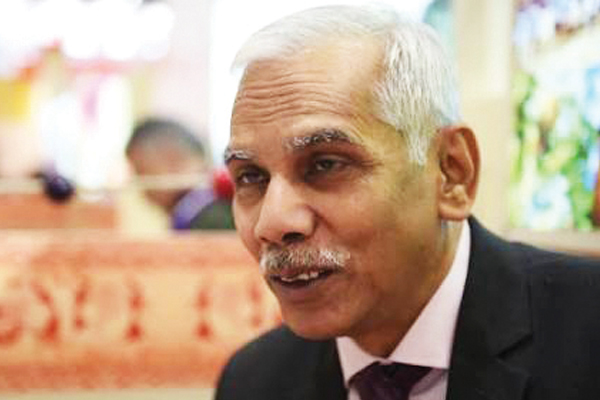 What steps have been taken to ensure an inclusive development of the North East?

The Ministry of Development of North East Region is a coordinating ministry. We have taken several initiatives for an inclusive growth of the Northeastern states. One of the recent initiatives have been the setting up of inter-ministerial committee because we found that people are working in isolation whereas more synergies towards the same effort will deliver better results.

We have started an inter-ministerial committee on ayurvedic and medicinal plants which will be chaired by Secretary DoNER and Secretary of the AYUSH Department. We plan to take all the stakeholders together on one platform so that maximum benefit can be derived. We have groups on roads, tourism etc also.

So our core job is of coordination. We are also trying to bring the North East Council (NEC) and the DoNER Ministry together into an institutional sector arrangement. We are also proposing that for education, primary and secondary education will come to DoNER and all other issues pertaining to education will go to NEC.

Similarly, all tertiary healthcare issues will go to NEC and others will come to us. We have a North East Venture Capital Fund. We expect more people to apply for that.

What initiatives are you taking to streamline the distribution of funds to the State Governments?

We have changed the entire guidelines now. According to the earlier guidelines, 40 per cent of the amount was given at the time of the sanction. Now at the time of sanction, only Rs 10 lakh is given, and a bigger amount is given later. Earlier, projects use to remain pending for 5-10 years. It is now reduced to six months. Now money is released once the work starts on the project.

We have also started the monitoring of projects. We also have digitised many operations. The speed of the case disposal has increased. We have created an e-office here. All the data is available online. It is very easy to track the documents. All the old files have been digitised. No documents are lost now. States have been very cooperative in all our initiatives. Priority is also given to online projects.

Also, we have issued fresh guidelines that after release of Rs 10 lakhs, if the work order doesn’t start, we will cancel the funding. Earlier, Detailed Project Report (DPR) use to come from the State Government. Now, we have digitised it. The slogan of ‘Minimum Government, Maximum Governance’ is being implemented. The entire exercise has been handed over to the Chief Secretary. This has brought the system into a tight loop and ensured timebound disposal.

What is your take on the infrastructure and communication network in the North East?  What initiatives DoNER is taking in this direction?

There is a system of high-level reviews of important infrastructures projects in the North East to which we are a part. We do the coordination meeting at various levels. We do keep a tab on all the happenings. We don’t look after the roads which come under the Pradhan Mantri Gram Sadak Yojana (PMGSY). We have a new scheme in the road sector called North Eastern Road Development Scheme (NERDS), which is meant for inter-state roads, usually called the ‘orphan roads’ and we are developing them. Three roads are under construction and we are looking to build more projects.

What is your perception about the railway connectivity of the North East?

The investment by Railways has increased manifold in the North East. The construction of railway line to Sairang near Aizawl and near Imphal in Manipur is in full swing. In the next two years, the projects will be completed. The line to Sabroom is being made in Agartala. Some more lines are being constructed. The broad gauge network has touched the entire North East.

The Pakyong Airport in Sikkim is already complete. With the Udan scheme in place, all the non-operational and under construction airports will become functional. In fact, Assam is one of the States with the highest number of airports in the country. Please brief about the Akhaura Agartala railway line project which is going to connect IndiaBangladesh. We are funding the Indian side of the project and the other side is being funded by Ministry of External Affairs (MEA).

The project is not seamlessly on broad gauge. The line in Bangladesh is both meter and the broad gauge, at some stages. The more linkages we have with the other neighbouring countries, the better it is. The Barak waterway is on board now. Once it becomes operational, it will be easier for the people of Assam to commute because they will have the option of taking the Brahmaputra route and the Barak route. The Indian side of the work is already in progress. Both the countries are in close coordination to complete this project.

What challenges are you facing for implementing the projects?

The main challenge is of mindset and perceptions. People from various parts of India have never visited North East. The challenge is to increase the tourism beyond Guwahati. The same is for investment and for that we are trying to hold various events to create awareness about the growing opportunities there. People in the country must know about the beautiful seven sister States. The North East Tourism Council should build specific packages according to nature, wildlife, adventure etc. I always request people to go to North East and do their meetings. Every capital city boasts of good hotels which should be utilised. The second challenge is of the bankers. They are scared of giving funds to the first generation of entrepreneurs. People of North East are risk lovers. Banks are generally very hesitant to give loans in the north eastern region. Access to the credit should be provided to the people for the economic growth of the region.