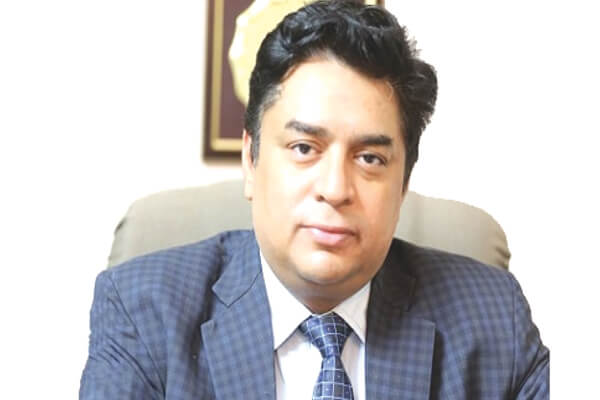 How e-governance is relevant to the Medical and Health Department of Rajasthan?

What are the key benefits the department can draw from e-governance initiatives? Rajasthan is geographically a sizable state and the Medical and Health Department has its presence in almost all villages of the state. Because of the lack of required manpower as well as to ease the monitoring part, it is very important that e-governance be used effectively and I must say it has been done religiously by the department. In the last three years, many new applications and software have been designed and implemented, and desired results have started pouring in. There is a mobile application also that facilitates recording of inspections done by all the officers of Medical and Health Department when they go to the field.

What are the new initiatives undertaken by the department to help patients?

Although many initiatives undertaken are government to government, that is from hospital to their employees; for example Asha Soft. But there are also several software to cater to the needs of patients and the general public by and large. The first example of such intervention is pregnancy and child tracking system through which we keep all the records of pregnant women when they come for their antenatal check up. We follow them up for their institutional delivery and then immunisation of their children is carried out. It is all done through a single integrated system. Based on Pregnancy, Child Tracking and Health Services Management System, it was decided that payments for Janani Suraksha Yojana (JSY) and Rajshee Yojna, which is a state scheme, should be made to the beneficiaries directly into their bank accounts under Direct Benefit Transfer. I am very happy to reveal that the Rajasthan Government and NHM have introduced software called OJAS through which all payments are made directly into the bank accounts of the beneficiaries and this is happening without any problem and crores of rupees have been paid via this mode to lakhs of beneficiaries so far. The facilities available up to the level of Primary Health Centres (PHCs) and even the births which are taking place in sub-centres are recorded at PHCs, so that it is ensured that all the beneficiaries get their due payments. It is also a direct benefit transfer scheme. We have also introduced e-Upkaran, an application software for internal use, to monitor performance of medical equipment so that repairs and maintenance can be carried out in time, helping the general public directly and indirectly. Many software are used by the government to ease monitoring. If we monitor our ASHAs well, if we pay them well, definitely they will provide better services in future. So in Medical and Health Department, it is very well understood that when you develop some application, directly or indirectly it benefits the masses.

Many software are used by the government to ease monitoring. If we monitor our ASHAs well, if we pay them well, definitely they will provide better services in future. So in Medical and Health Department, it is very well understood that when you develop some application, directly or indirectly it benefits the masses.

Rajasthan has been the first state in India to integrate all its ambulances and IT software was built to run the show very well. Can you please elaborate on this?

We have been using management techniques to think differently. We are generating out-of box ideas. We observed that there were various types of ambulances run by different development partners or by different PPP partners and whenever there was a disaster we could not integrate their services. Despite having a good number of ambulances, we were not able to tackle emergency situations very well. Keeping this challenge in view, we decided that it was time to integrate all ambulance and medical advisory services into one. But the system with more than 1,400 ambulances and a 100-seat call centre needed a very robust IT software infrastructure. The specifications were prepared by the team at the NHM (National Rural Health Mission) and the RFP (request for proposal) was advertised.

Rajasthan is geographically a sizable state and the Medical and Health Department has its presence in almost all villages of the state. Because of the lack of required manpower as well as to ease the monitoring part, it is very important that e-governance be used effectively.

I personally sat with my team to decide all the parameters and after putting in hard work of six months, we were able to get the desired software and application. I can assure you that now whenever there is a refusal to offer ambulance services in Rajasthan, our system can catch it. We have ensured that GPS, navigation and mobile app, are used in a coherent manner so that the system becomes very easy for the beneficiaries, as well as there is effective monitoring of activities carried out by the vendor company.

Rajasthan has also adopted a health insurance system. You launched a scheme know as Bhamashah Swasthya Bima Yojana in December 2015. Can you tell us about the software architecture of the scheme and how is it beneficial for the common man?

Bhamashah Swasthya Bima Yojana was launched in December 2015. The biggest achievement of this scheme was that it was offered to one crore families of Rajasthan. It was decided that no new card would be issued and the scheme would be based on an earlier issued Bhamashah Card. So, the software was made in such a way that it captures the detail of Bhamashah Card well. Whenever a patient is referred to an IPD, the well-trained Swastha Marg Darshak who sits at the hospital reception, verifies the patient using the software to ascertain whether the patient is really a beneficiary or not. Then he selects the packages, and if required, sends the request for preauthorisation. The software is seamless. When the patient is discharged after the treatment, it facilitates submission of the claim and then the insurance company processes it and the payment is made directly to the hospital. So, it is a cashless health insurance scheme. The software has evolved over a period of one year and now it is one of the most user-friendly software. There are many reports which are generated through this software and it has been able to fulfill the demands of the scheme. I believe this scheme and the software are now very much part of discussion in other states and the credit goes to the user-friendly features of the software.

You have been serving the state for a long time to help better delivery of healthcare services and many states have replicated your ideas. How has been the journey all this while and what is in store in near future?

I do not see e-governance as a separate part of governance. I think whenever there is governance, e-governance is its natural extension. In Rajasthan, which is a big state with a very limited trained manpower, e-governance is not a luxury, rather it is a necessity. I tried to simplify the systems. I also tried to convert all the registers into e-registers and make analytical reports digital. While trying to understand all the processes, I found there were many repetitions and avoidable steps. I thought like a common man who needs a service at a swift pace. We have removed all the unnecessary steps and have been able to simplify the software procedures. I will rather say I have not invented or I have not discovered anything new, rather I have reengineered the entire process – the word is business process re-engineering. If you can re-engineer your processes then definitely you are going in the direction of e-governance.