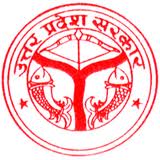 In a major bureaucratic reshuffle, the Uttar Pradesh Government has transferred 11 IAS officers. IAS Navneet Sehgal, Principal Secretary, Information has been given the additional charge of Sports and Youth Development.

Rishikesh Bhaskar Yashod, Special Secretary, Infrastructure has been made staff-officer to the Chief Secretary.