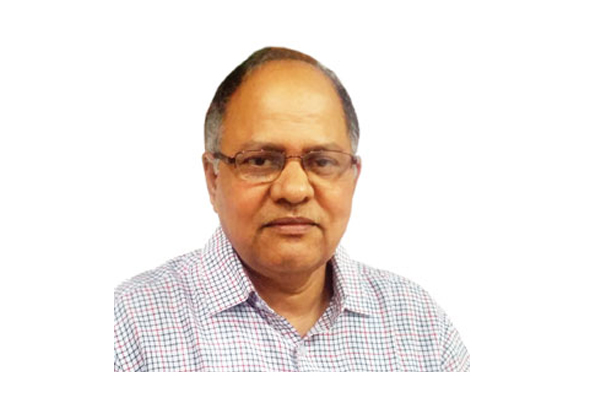 In an interview with Arpit Gupta of Elets News Network (ENN), Ajay Deep Singh, Managing Director, Uttar Pradesh Development Systems Corporation Ltd. (UPDESCO) talks about the 325-seater Mega Call Centre which was inaugurated by the Chief Minister of Uttar Pradesh Akhilesh Yadav on 27th September 2016 in Lucknow with a vision to get an independent feedback from the beneficiaries

What is the vision of the Government behind establishing a Mega Call Centre?

The Uttar Pradesh Government has envisaged establishing a Mega Call Centre in the State Capital with a vision to get an independent feedback from the beneficiaries and other stakeholders related to various citizen centric schemes being run by different Government departments of the State. This is an outbound Call Centre only wherein calls will be made to the beneficiaries by Call Centre executives not only to get the feedback on successful running of the schemes on a predefined questionnaire but also to make them aware about the benefits of these schemes.

The Mega Call Centre established at Lekhraj Dollar, Indira Nagar, Lucknow, will bring in transparency in the schemes run by the Government and empower people through technology. This will also help in generating the employment for the youth of the state.

How many government departments and schemes are covered under this initiative?

In the first phase, the Mega Call Centre would be used to take feedback from beneficiaries of 20 schemes run by 13 state government departments and to further calibrate the schemes in best interests of the people. The schemes of departments like Social Welfare, Rural Development, Medical & Health, Secondary Education, Minority Welfare, Animal Husbandry, Revenue, Agriculture, Urban Employment & Poverty Alleviation, Energy, Labour, Handicap Welfare etc. are presently covered in this initiative.

The Mega Call Centre is established not only to sensitise the citizens about different government schemes being run for their benefits but also to remove bottlenecks, if any, for timely execution/ disbursement of the benefits, bring in required changes by way of policy amendments for smooth execution of these schemes etc. This also aims to find individual lapses, if any, during the implementation process of the schemes. Further, it will collate feedback and share with relevant stakeholders and identify opportunities for improvement in design and delivery of schemes.

The idea is that the Government will go to the beneficiaries under all the schemes where benefits are provided to the people, the government would like to contact them, talk to them and obtain useful feedback asking them whether they are satisfied with the services and if they are not, please let the Government know how can the improvement be made in execution of these schemes.

Uttar Pradesh Development Systems Corporation Ltd. (UPDESCO) has been appointed as the nodal agency for the successful implementation and execution of this Mega Call Centre project 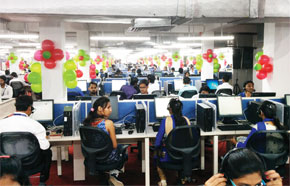 Who are the key stakeholders in this project?

The Government and beneficiaries are key stakeholders. Apart from that, the Uttar Pradesh Development Systems Corporation Ltd. (UPDESCO) has been appointed as the nodal agency for the successful implementation and execution of this Mega Call Centre project. M/s Ernst & Young (EY) is the consulting agency for selection of System Integrator and overall monitoring of the project. M/s Karvy Data Management Services Ltd. has been selected as System Integrator for setting up of Mega Call Centre and the responsibility of running the Call Centre has been entrusted upon the company in the month of August, 2016. The services of Third Party Audit company is also to be taken to ensure the quality of the calls and feedback received from beneficiaries through the Mega Call Centre.

Initially, there are 325 seats working and the number is likely to go up to 500 so that in a short span, maximum and direct feedback from people can be taken. This call centre has created job opportunities for more than 500 youngsters of the State so far.

How has been the response so far and what are future plans?

The Mega Call Centre has been live from 21st September 2016 and test calls were being made to the beneficiaries. In the span of 5 days, more than 3 lakh beneficiaries were called and feedback received on multiple schemes.

In the trial of calls, heartening feedback has come from the people on many schemes including the Samajwadi Pension Scheme, 108 Ambulance, Kanya Vidya Dhan etc. As per the feedback received from beneficiaries for Samajwadi Pension scheme, 98 per cent of beneficiaries were satisfied with the scheme and 93 per cent have said that there is no issue in getting the money from the bank. For scheme like Kanya Vidya Dhan, more than 96 per cent of beneficiaries are completely satisfied with the scheme.

The establishment of this “Mega Call Centre” has been a leap forward to ensure transparency and public involvement. The beneficiary oriented schemes of other departments are also being identified and data is being collected so that they can also be analysed for the purpose of qualitative improvement. This will also help the Government in bridging the gap with the citizen of the State and establish better connection between them.