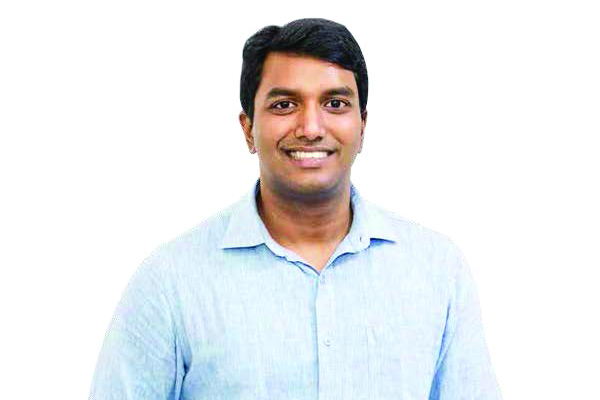 The Government of Uttar Pradesh is digitising its processes to make the administration quick, sensitive, transparent, problem-free, simple and facilitative, along with managing administrative inefficiency and reducing expenditure, says G S Naveen Kumar, Special Secretary, Department of IT & Electronics, Government of Uttar Pradesh, in an interview with Arpit Gupta of Elets News Network (ENN).

“The main objective of the Uttar Pradesh IT and Startup policy is to facilitate all stages of startups/ entrepreneurs.”

The Government of Uttar Pradesh has set up a startup venture capital fund of Rs 1,000 crore recently, how is it going to help the youths of the State?

We are creating opportunities of employment for the youths of the State so that they can scale new heights in life and ensuring in their own villages, towns and cities.

Startup venture capital fund of Rs 1,000 crore will be utilised to promote unemployed youths in the direction of self-reliance, industrial development and for developing small and mini-scale, khadi, and rural industries. This funding will provide support to the entrepreneurs and build a strong foundation for startup ecosystem.

Uttar Pradesh has unlimited possibilities in the areas of export because of its distinguished customs and capabilities. The Government is committed to the development of modern information technology, services sector and infrastructure, and will work primarily to address problems of the entrepreneurs and businessmen of the State to expand their work.

How is e-tendering system helping the Government of Uttar Pradesh departments?

It will bring transparency in tender process and also ensure a good number of participants in the process of allotting a tender that will result into getting a cost price for it. Officials of more than 50 government departments have been trained under it. Around 1,000 officials and around 2,000 tenderers have obtained their digital signatures under the scheme. How are IT parks going to help in making people digitally literate in the State?

The Government is keen to develop IT parks across the State which will also help young entrepreneurs in setting up their ventures. Currently, seven IT parks are proposed in the State. These IT Parks will be established in Agra, Meerut, Gorakhpur, Kanpur, Lucknow, Bareilly and Varanasi. It is expected that all seven IT Parks will provide direct employment to approximately 20,000 people. An indirect employment to approximatley 6,000 people will also be generated.

The land for the development of IT Parks in Agra, Meerut and Gorakhpur has been provided to Software Technology Parks of India (STPI) free of cost. The boundary wall for the Agra and Meerut IT Park has been constructed and soon the work of the main building will be started by STPI. Within next six months, the construction work for Gorakhpur will also commence.

HCL IT City, Lucknow, will be developed on Public Private Partnership (PPP) model with the investment of Rs 1,500 crore under the UP IT & Startup policy 2016. It is expected that total employment generation through this project will be 75,000. Also IT/ITeS companies like Northshore Technologies, Veatives Labs, Amartech, Newgenapps, have been provided a “Letter of comfort” to facilitate them under UP IT and Startup policy.

How technology is helping the State Government to eradicate corruption?

What is the plan of Government to provide digital literacy to the last mile? A mega call centre has been set up under the supervision of Uttar Pradesh Chief Minister’s Office. The operators at the call centre will help the common man in resolving their every kind of corruption related complaints.

“Startup venture capital fund of Rs 1,000 crore will be utilised to promote unemployed youths in the direction of selfreliance, industrial development and for developing small and mini scale, khadi, and rural industries.”

What is the idea behind ‘Infuse’ model, through which the UP Government is trying to inculcate the startup culture in Uttar Pradesh?

The main objective of the Uttar Pradesh IT and Startup policy is formulated to facilitate all stages of startups/ entrepreneurs. The Government succeeded in its effort of supporting and creating the incubators in the State by providing fiscal incentives to four premium institutions namely Kamla Nehru Institute of technology (KNIT) Sultanpur, Indian Institute of Technology (IIT) Banaras Hindu University (BHU), Indian Institute of Management (IIM) Lucknow for their Noida campus and iB-Hubs Lucknow (in collaboration with UPDESCO).

All these incubators are operational and startups are getting enrolled in these incubators, where they are getting mentorship and financial support. To nurture the fund of funds model in the state, the Government is establishing an initial Rs 100 crore startup corpus under ‘fund of funds’ model and for professional management of corpus.

What is the motive behind setting up an incubation centre at Hindustan College, Mathura?

The educated but unemployed youth of the area are likely to establish themselves as young entrepreneurs through this incubation centre. They will also generate employment and help others to earn livelihood.

India’s largest incubator centre is going to be established in Uttar Pradesh. Please give some details about it.

The newly elected government has promised to set up the world’s largest incubator in the city of Lucknow. The incubator is proposed on the land of IT and Electronics department near the Amausi Airport of Lucknow. The proposed incubator will help in boosting the startup culture in the State.