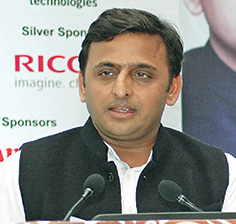 In a major administrative reshuffle, the Uttar Pradesh Government has transferred 21 IAS officers.

However, interestingly, laying all speculations to rest over the ouster of Rama Raman, who is currently CEO – Noida, and Chairman – Noida, Greater Noida and Yamuna Expressway Industrial Development Authority (YEIDA), a State Government order declared that he will continue to function as the CEO, Noida.

Earlier this month, in response to a public interest litigation (PIL), the Allahabad high court had seized the powers of Raman.

Pravir Kumar, the Agriculture Production Commissioner, has been made Chairman – Noida, Greater Noida and YEIDA. He has also been made the YEIDA CEO.

Dr Arunvir Singh, CEO – YEIDA, has been made the Additional CEO, NOIDA.

Pramod Chandra Gupta, Additional CEO – Greater Noida, has been shifted to Mainpuri as the District Magistrate.

Nidhi Kesarwani, the Firozabad DM, has been appointed the Ghaziabad District Magistrate.

R K Tiwari, Principal Secretary – IT & Electronics, has been given the additional charge of Labour & Employment Department.

Ramveer Prasad, Commissioner & Director – Handicraft & Textile Industry, has been given the additional charge of Labour Commissioner.

Suryapal Gangwar, the Rae Bareli DM, has been made the Special Secretary – PWD.