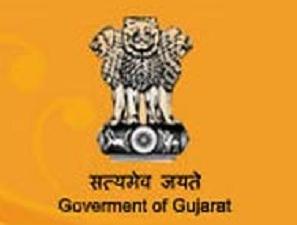 In a major administrative reshuffle, the Gujarat Government has transferred 31 IAS officers.

According to a notification issued by the General Administration Department (GAD), the following officers have been transferred:

D Thara, an IAS officer of 1995 batch and currently Ahmedabad Municipal Commissioner, will now be the Vice President & Managing Director of the Gujarat Industrial Development Corporation (GIDC). Thara has been replaced by 1996 batch IAS officer Mukesh Kumar, who has been serving as the State Project Director of the ‘Sarva Siksha Abhiyan’.

Anita Karwal, a 1988 batch IAS officer, who was awaiting posting after being relieved as the state Chief Electoral Officer in March, has now been appointed as the Principal Secretary in GAD’s NRI and Administrative Reforms & Training division.

A 1986 batch IAS officer, Sanjay Prasad, currently Principal Secretary in the Labour & Employment Department, has been transferred and appointed in the same capacity in the Agriculture & Cooperation Department.

Vipul Mitra, a 1986-batch IAS officer and currently serving as Director General of the Sardar Patel Institute of Public Administration, Ahmedabad, has been appointed as the Principal Secretary in the Ports & Transport Department.

L Chuaungo, an IAS officer of the 1987 batch and Principal Secretary in the Energy and Petrochemicals Department, has been transferred to the Labour & Employment Department in the same capacity.

D N Pandey, an IAS officer of 1985 batch, who was awaiting posting after being relieved from the post of Commissioner – Relief and ACS in Revenue Department in April, has now been appointed as the Rehabilitation Commissioner – Sardar Sarovar Punarvasvat Agency, Vadodara.

Vice President and Managing Director of GIDC Manoj Aggarwal, an IAS officer of 1990 batch, has been appointed as the Development Commissioner.

Mona Khandar, an IAS officer of 1996 batch and Secretary in Agriculture & Cooperation Department, has been transferred and appointed as Secretary (Economic Affairs) in the Finance Department.

Anju Sharma, an IAS officer of 1991 batch, currently holding the post of CEO – Gujarat State Disaster Management Authority, has been appointed as the Principal Secretary in the state Agriculture & Cooperation Department.

Manish Bhardwaj, a 1997-batch IAS officer, serving as Secretary in Sports, Youth & Cultural Activities Department, has been appointed as the Commissioner of Relief and ex-officio Secretary in the Revenue Department.