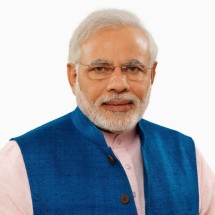 Prime Minister Narendra Modi has asked for immediate integration all the land records with Aadhaar in order to monitor successful implementation of the Pradhan Mantri Fasal Bima Yojana or crop insurance scheme.

The Prime Minister emphasised on Aadhaar integration while examining the progress of digitisation of land records under the Digital India programme at a monthly PRAGATI (Pro-Active Governance and Timely Implementation) meeting recently. Aadhaar has been made mandatory for residents to avail any public service.

Modi also asked for a district-wise review of the number of services actually being delivered online while checking the progress of citizen-centric services electronically and handling and resolving public grievances, a statement from the Prime Minister’s Office said.

The PM also urged the officers to further accelerate work in this regard, it added.

Modi also requested to increase investment and efforts to enhance ease of doing business, which is very necessary to create a positive perception, the statement said.