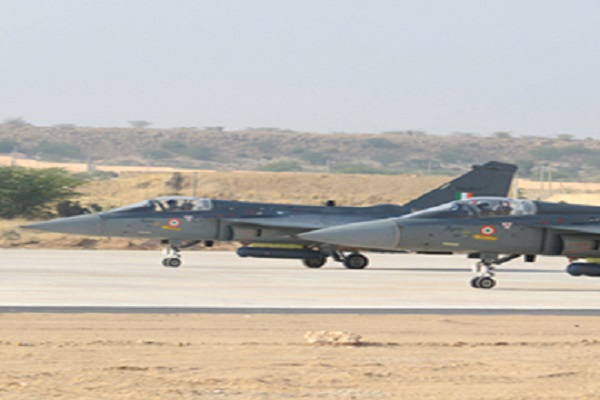 With technology spreading its wings across the industries in the country, the Aerospace sector is also pushing itself for high-tech methods of manufacturing and operating aircraft under tough conditions. The need of the hour is to raise the bar by shifting from pilot-driven aircraft to pilot- less ones, write Arpit Gupta and Jessy Iype of Elets News Network (ENN)

Indian aerospace is one sector that is known to be fully equipped to combat adverse situations and geared up well to face the challenges during the war times or natural disasters. But, as times have shown, now the sector requires some innovative solutions to help it come at par with the best across the globe, with special focus on technological advancements to become better equipped for both commercial and military purposes.

The aerospace industry is striving towards realising India’s long-cherished dream of self-reliance by catalysing itself through the Prime Minister’s vision of ‘Digital India’ and ‘Make-in-India’. It caters to mainly two areas, military and commercial, and both have their own dynamics. However, there are many private players handling the civilian needs of passengers and cargo influx. The sector is witnessing a welcome change on account of usage of modern technologies to transform conventional aircraft into stealth ones. The need of the hour is to raise the bar by shifting from pilot-driven aircraft to pilot-less flying machines, which may serve varied requirements from defence to agriculture, topology survey to scientific data collection, gathering information on enemies to disaster management, among others.

With digitisation picking up in all sectors and technology moving at a rapid pace, it is only imperative for the aerospace sector to innovate solutions to increase efficiency. One such organisation is Hindustan Aeronautics Limited (HAL), a fully-owned Government of India undertaking that works under the administrative control of the Department of Defence Production, Ministry of Defence, and mainly caters to the defence needs of the country.

HAL takes up maintenance and overhaul services to cover the lifecycle requirement of all the old and new crafts. At present, 13 types of aircraft/helicopters and 17 types of engines are being overhauled here. The PSU has a rich experience in design and manufacturing of a diversified range of aircraft and its systems.

With the new wave of skilling India being the trend of the day, and the government initiating to help execute it for the unemployed youth, it is vital for the aerospace sector as well to follow the suit

With the new wave of skilling India being the trend of the day, and the government initiating to help execute it for the unemployed youth, it is vital for the aerospace sector as well to follow the suit. The industry constantly requires trained professionals with specific skills to maintain the quality of its products and services.

Today, the aerospace sector is in dire need of skilled manpower, advanced infrastructure and basic material. In line with the ‘Make in India’ initiative, HAL, along with the Society of Indian Aerospace Technologies and Industries (SIATI) and the National Skill Development Corporation (NSDC), has set up an Aerospace and Aviation Sector Skill Council (AASSC) to fulfill the skill requirements of the sector. AASSC has drawn a plan to certify around 5,20,000 trainees and groom 6,000 trainers over a period of 10 years. As many as 30 courses will be introduced in the first three years to ensure greater relevance of skills in the Aerospace sector fighting for talent in various disciplines. In other words, AASSC has been given shape of an independent organisation with three stakeholders — HAL, SIATI and NSDC. HAL holds 50 per cent stake in it, while SIATI and NSDC hold the remaining.

According to Raju, about 30 courses will be introduced in the first three years to ensure greater relevance of skills in the aerospace sector battling for talent in various disciplines. “We also have a challenge to set up new institutes and centres of excellence. As an immediate step, we have now decided to appoint a CEO of AASSC with clear role for him,” he added.

Building vital infrastructure is essential for growth and achieving excellence in any sector. HAL too aspires to achieve excellence in aerospace sector through development of its own products, like fighter crafts and other high-tech and advanced crafts. There are very less civil aircraft and helicopter Maintenance, Repair and Overhaul (MROs) centers in our country and there is an urgent need to create one to curb the practice of sending Indian planes abroad for their maintenance and repair. More high-tech infrastructure to serve aeronautical needs of international standards is required, so the PSU had established the capacity for overhaul of 15 Su-30 MKI and eight Jaguar aircraft per annum. Incidentally, it is the only facility for overhauling Su-30 MKI in the world.

CMD Raju feels indigenisation of advanced materials is required for the success of Aerospace industry in India. “When it comes to Aerospace raw material, be it aluminium, titanium, plastics or composites, there is wide capability gap in the country and therefore industries, especially in private sector must come forward to boost aerospace manufacturing in the country,” he said.

“One can achieve this dream by taking strategic materials research in mission mode in niche areas such as electronic materials, advanced high temperature alloys for propulsion systems and composite material,” he added.

The HAL chief opined that there should be synergy between efforts of various governments and non-government establishments in defence, space and atomic energy to ensure that resources are not wasted due to duplication.