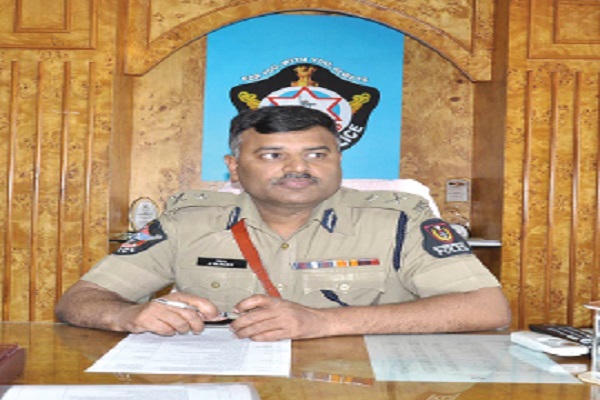 What IT-based initiatives have been undertaken by the Hyderabad Traffic Police?

In a whip to crackdown on traffic rules violators, the Hyderabad Traffic Police have introduced three major initiatives. We launched an integrated eChallan system in January 2015, which generates electronic form of a challan on the basis of traffic violations committed by a road user captured on camera and collects online fines for violation of traffic rules. Currently, physical copy of challan is not issued to the traffic violators on the spot; instead digital challans are generated based on the photographic evidence.

A penalised vehicle owner can request the photographic evidence from the Traffic Police to ascertain his violation. eChallan copy with details after generation is sent to the address available against the vehicle in the RTA database. None of the traffic cops collect challan in cash. Citizens can pay eChallan through various payment gateways like Netbanking or by swiping their Credit/Debit card on the PoS machine available with traffic personnel. They can also deposit the fine at post offices, MeeSeva kiosks or at our official website.

Use of these mediums has brought transparency and discipline in the Department. In case of non-payment of challans within deadline, the matter is taken up in the appropriate law court. As per the directions of High Court, as many as 17 special courts have been set up to resolve traffic offences. The court may punish the offender by imposing heavy penalty or imprisonment.

Traffic Police have equipped toeing cranes with digital cameras, which captured the image of wrongly-parked vehicles before toeing them. As soon as the vehicle is lifted, a copy of eChallans is immediately issued to the owner of the vehicle and the cop enters the challan on his digital device.

We have also made it mandatory for the officials above the rank of Sub-Inspector to wear body cameras, along with their uniform. It records the audio-visual conversation between the official and the road user. It can also be used as evidence against the charge of misbehaviour, manhandling or corruption.

Tell us about the mobile app of Traffic Police and its features.

We have launched a mobile app called ‘Hyderabad Traffic Live’. This app has nine categories, including public interface, auto fare estimation, live traffic, nearest police stations, eChallan status, find your towed vehicle, vehicle RTA details, public service complaint and public information. Some of the key features available in each of the nine categories include reporting an offence or crime with photograph to police, and based on the location of the complainant, mobile traffic constable of the concerned area would reach the spot and address the complaint.

Besides, to keep a tab on the traffic management of the city, a Traffic Command and Control Room has been set up at Commissioner’s office. We didn’t require any additional budget to implement our plans as we did it within the available resources.

Post these initiatives, do you see any change in the approach of public?

The mindset and compliance level of citizens has improved a lot. Earlier, one lakh challans used to be paid in a month, but now it has increased up to one-and- a-half lakh. Also, the overall number of challans has decreased, but the revenue of the department has shot up. Around 30,000 auto drivers came voluntarily to pay their long-pending challan dues.

Following the high-tech initiatives of Hyderabad Traffic Police the mindset and compliance level of citizens has improved a lot. Earlier, one lakh challans used to be paid in a month, but now it has increased up to one-and-a- half lakh

The entire system works online, so we get the detailed information of the total number of challans and the fine collected by all payment gateways at the end of the day. There is no chance of money swindling. Around 80-90 per cent complaints of police-public confrontation have been automatically resolved after implementing the technology-driven solutions. What are the future plans of the Hyderabad Traffic Police?

We are planning to implement Intelligent Traffic Management System (ITMS). It will be an automated traffic signal system to help monitor the city-wide traffic. ITMS will not require extra manpower to record the traffic violation. Moreover, traffic cops will be replaced with high- tech machines.