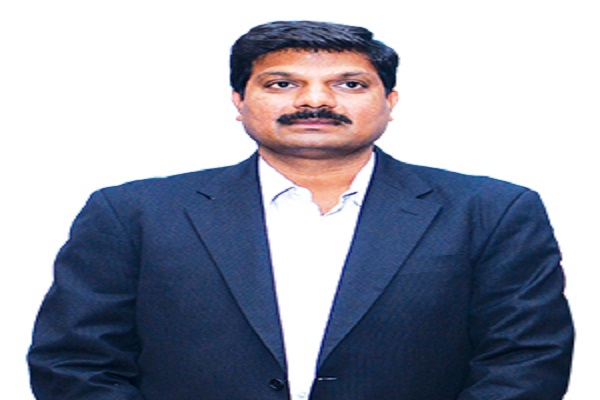 India is gradually becoming a land of e-opportunities, and with the advent of schemes like Digital India the country has got the final push, says Srini Rao. Excerpts from an interview with eGov Editor-in-Chief Dr Ravi Gupta

How is Hitachi looking at Digital India, Smart Cities and IT in Railways that have been important announcements from the Indian government?
Digital India and other IT initiatives have definitely changed the overall mood of the citizens for the betterment of India. Once the new technology is implemented, it will accelerate the delivery of citizen services. These futuristic IT initiatives will surely change the technology landscape in the government sector. We are gearing up to participate in these IT projects and have already completed many projects across the world.

Our parent company has been collaborating with many governments and built smart city technologies. Though Hitachi Data Systems only relates to IT related technology infrastructure, it has a lot of expertise groups such as Hitachi Medical, Hitachi Transport Systems, Hitachi Semi-conductor, Hitachi Software and many more which converge together as a single Hitachi architecture.

For Digital India, there was a concept of Digital Locker that was proposed keeping in mind the important documents citizens carry with them for any private, public or government interaction. The government indicated towards a paperless office initiative for its offices, while we at Hitachi Data Systems have implemented similar kind of project with the Korean government. In Korea, we have digitised land records and provided digital locker services to individual citizens of Korea. We provide the digital space where citizens can store their documents to be referred to various organisations, instead of carrying the documents.

We are armed with exciting technology business propositions for the Digital India vision. The surveillance sector is also our strong focus area and we are participating in projects related to it. Extra efforts have been put in to ensure that newer technologies being developed in Japan percolate to India as well. We would like to leverage the entire ecosystem of technology deployment around the world in India.

What are the major challenges that you think will slow the implementation of IT in an ecosystem like that of India?
The biggest challenge is to make citizens aware of using these technologies to the best of its performance. Education at the ground level to execute these projects is important and just putting technology does not suffice. We have to make technology user friendly so that more people adopt and use these in their daily lives. It’s a small hurdle in the big path.

“Previously, we could not implement the newer technologies and innovations Which the citizens can benefit from. However, we have now a robust IT platform and a support of the government to drive these initiatives in India. Therefore, we have all the elements to make a strong start and reach the dream of a Digital India“

What IT initiatives have you taken in the government sector?
Hitachi Data Systems came very late in the government technologies sphere. We have been aggressive since the last two years and have been putting technologies in lot of e-Governance projects. We have been there in the entire IT infrastructure stack deployed by NIC, especially in the information management and information storage sector. We have made in-roads in the state governments where today we have deployed close to 13 state data centres without storage technologies, where there is a single storage pull across data centres. We implement business continuity solutions to the National Data Centre as well, so that there is data protection for the business continuity solutions which is generated within the state government. Every state has lot of projects and these are hosted in State Data Centres (SDCs), but how do you find this data and offer protection and recovery of data, we bridge this gap through our product offerings. So, we have been part of the journey and will see more of participation in the new thought-process and approach of the government going forward.

How would you position India among Asian countries, in the growth and adoption of IT?
It is unfair to compare India with other Asian countries such as Malaysia and Singapore who are smaller in scale of operations that makes it much easier to implement and control e-Governance projects. India is much bigger and more complex than most of the Asian countries and that is where the challenge lies. Previously, we could not implement the newer technologies and innovations where the citizens can be benefitted from. However, we have now a robust IT platform and a support of the government to drive these initiatives in India. Therefore, we have all the elements to make a strong start and reach the dream of a Digital India.

What are the focus technologies that you are targeting for the government sector?
We have targeted two technologies, one is that of digital locker, second is that of surveillance, other than these two we are already there in some projects. Surveillance is not just about capturing images and archiving them, one needs to do data analysis on the facial aspects as well and that’s where we need to play a bigger role.

We are also playing a major role in the core infrastructure and have lots of monorail and metro rail technologies. We can play a major role in smart and intelligent technologies. Other IT infrastructure within the railways which includes signal is also under consideration. Apart from these, we can also work extensively in water treatment as well. So, all the appropriate technologies that are applicable for smart city projects are included under one umbrella group.

Business process re-engineering has emerged as a key need for the success of IT projects, please share your views on that?
Of course, that is an area of improvement, and the new government already has well-structured processes for vendors and companies to come on board and work in partnership on various projects for optimum project completion and business outcomes.

Is there sufficient budget allocation for IT by the government?
Yes, we are seeing opening up of many new investments that had been locked in the past such as defense, open up to bids. This is good news for us. This is the beginning and the momentum is sure to pick up with time. We are optimistic about the funds allocated and importance given to IT in budgets. It’s all about how well these funds are used by the time these benefits reach the citizens.