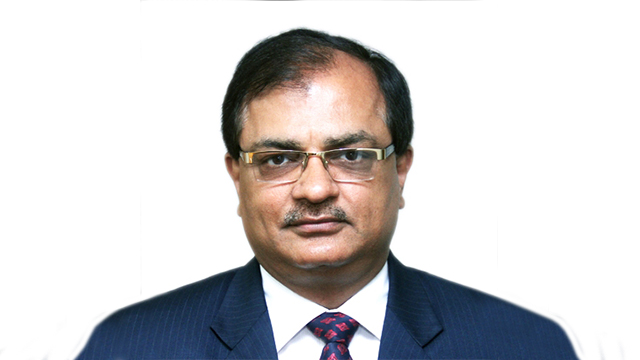 IT has enabled the financial inclusion programme to take off and provided banking in the hitherto unbanked areas, thus helping both bankers as well as those accessing the services, explains Animesh Chauhan, Executive Director, Central Bank of India, in a conversation with Veena Kurup of ENN

Operating Systems (OS) play a vital role in reforming the banking operations. Please share with us your views on the same.

Operating Systems (OS) play a crucial role in utilisation of IT services, though I do not see the expiry of Windows XP as a major hurdle before the banking sector despite the fact that it is still being used at a number of places in the banking sector. However, if Windows XP’s expiry poses certain issues, then one needs to understand that it is this very technological advancement that also makes the banking sector today capable of handling such situations.

There is not much cause of concern over the issue because the entire core banking solution (CBS) platform is working on two major operating modules — one is Finnacle and other is provided by the Tata Consultancy Services or TCS. These companies are well-aware of the changing requirements and keep us informed on the need to update to new software. Once the updating process is accomplished, it is implemented across all the branches. Moreover, we have an effective IT team and the IT companies, who advise the banks on technical aspects enabling us to tackle such situations.

Microsoft has been giving regular updates to all its users about the issue and is amply spreading its message on the need to update the current operating system. The Central Bank of India is definitely not facing any such obstacle in its operations due to this issue, and we are capable of adapting to the technical needs as per time’s requirements.

How do you see the role of IT in adding efficiency and security to banking operations?

The concern of cyber crime and burglaries has always been there. The banking system today functions through IT-enabled platforms. Developing hardware and software as per the situational demand is an ongoing process and is constantly evolving. However, nobody can assure a cent-per-cent foolproof system, though strict filters can certainly be utilised for curbing these crimes through the help of technology.

Any bank today which has a server-based technology, i.e. a CBS solution, has various attachments or delivery channels related to it, i.e. ATM machines, internet or mobile banking Information technology is the backbone of financial inclusion programme. IT has leveraged the banking services available today and made the financial inclusion programme more viable to the masses operations etc. The threat of such crimes is over all such services and multiple delivery channels.

Although the technical progress achieved today has loopholes, but it also enables in installing strict filters to curb such crime incidents. Hence, it is the need of the hour to install such filters in our operating systems. Additionally, today we also have the banking representatives or the banking business correspondents operate through distinct handheld devices like laptops or inter-operable machines.

Hence, the importance of such technologies is immense and those are already implemented in banks like the Central Bank of India, which enjoys a pan-India presence, with 4,500 branches and more than 3,300 ATMs and numerous internet and mobile banking users.

How do you see IT as an effective tool for implementing financial inclusion initiatives?

Information technology is the backbone of financial inclusion programme. It is only through IT and IT-enabled services that we have been able to map the unbanked regions or population in offsite banking areas. Moreover, through these technologies we have able been to make our banking services reach the rural population. IT has incredibly leveraged the banking services available today and made the financial inclusion programme more viable to the masses.

I feel that such initiatives are gaining increasing momentum and acceptance due to the existence of such technologies and have contributed in a bigger way towards the success of numerous financial inclusion programs.

However, there are hurdles involved while utilising such technologies, like the concern of bandwidth availability in the rural areas. However, such issues are getting gradually resolved through the assistance of technology and telecommunication service providers.
Brief us about the financial inclusion programs in the pipeline for the current year.

We are currently running several financial inclusion initiatives, which involve expanding our kiosk connectivity network (inter-operable delivery channel), allowing Aadhaar payment bridges to customers from different banks. The Central Bank of India today is successfully operating more than 2,000 inter-operable units in rural areas. Besides, the presence of over 3,000 other banking business correspondents has also ensured consistent expansion of our banking services amidst the population residing in these areas.
The Unique Identification Authority of India (UIDAI)-enabled Aadhaar-based eKYC (Electronic Know Your Customer) service is another initiative we have to take up. We will be closely observing the effectiveness and success that can be brought through this initiative and we are planning to implement it soon.