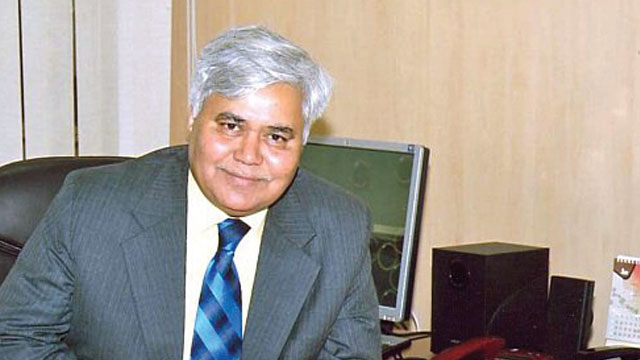 Given the convenience and speed the cloud applications can provide, it is time to substitute the old with the new, says Ram Sewak Sharma, Secretary, DeitY, Ministry of Communications & IT, Government of India.

In fact, people have lots of concerns about how secure cloud is. Considering that some of our data is very confidential and we would not want to share it with others, people are not sure about its fate if shared on cloud. Concerns surrounding the usage of cloud are all the more in the government departments.

When we implemented the e-governance projects in states, which we have been doing for the last 10-15 years, one of the issues was where to put the data. As part of the National e-Governance Plan (NeGP), the Government of India had then just started creating certain basic infrastructure and State-Wide Area Networks (SWAN) at transmission ends to transmit the data, apart from the state data centers to park this data. But the efforts required for making the data center buildings consumed a lot of energy. These buildings would never get completed on time and even if those did, there would always be some problems.

When I was working in Jharkhand five years back, we had started building state data center. When I went back after a year as a Chief Secretary, I found the data center was still not ready. In building these data centers, many states face problems, and in the meantime, they keep getting their requirements met through some ad hoc arrangements.

But today, we have the Government of India cloud—MeghRaj—and all one needs to do is to migrate one’s application to this cloud. Also, wherever we have data centers ready, those must be integrated and made part of this cloud.
Our procurement system is so cumbersome that procuring hardware for our data centers becomes a huge exercise. No wonder that many a time systems/computers become outdated no sooner than those are purchased. So, basically, rather than getting bogged down into making buildings for the data center, procurement of the hardware for keeping your data, this concept of the cloud represents a very neat and welcome departure from those problems, so that one can focus better on application building rather than focusing on building data centers.

A common problem with the data centers has been that people book and block storage without actually making its use. So, we have decided that if you require 20 racks, you would have the assurance for that space. But you cannot claim that space as your own and say that nobody should use those 20 racks. Basically, the very purpose of the cloud essentially is to provide flexibility in terms of usage.

There are peaks in every application. For example, if you are into taxation, there is a huge peak in the month of March or July when you file the returns. Similar is the case with examinations when results are out for competitive examinations. But data center takes care of all this, because while there is one application that has peak requirement, there is another that is not going through a similar phase. So, it becomes like the Consolidated Fund of India, where revenue is deposited and you take out only when required.

What is required is that we should put in place very clear guidelines for our states, and I think industry can help us in doing that. We need to create an environment and capacity building of our people at the state level and figure out as to how they can ride the cloud. Unless that is done, we would keep on talking about cloud and nobody would be able to accept it.

Another way to disseminate the right information on cloud at the state level is through workshops. If capacity building of the officers, who are the potential users of the cloud, can be achieved, they can be prepared for using the cloud. Responding to FAQs about the cloud is how we have to start.

“Our procurement system is so cumbersome that procuring hardware for our data centers becomes a huge exercise. No wonder that many a time systems/computers become outdated no sooner than those are purchased“

When I joined DietY recently, I came across Mission Mode Projects (MMPs). There are about 34 of them — some central projects and some integrated ones. Some of these projects use technologies which are pretty obsolete. Some of these projects actually predate the NeGP that started in 2006. It is surprising to know that on the one hand we are talking about the cloud, while there are some projects which are being done on client server technology.

For instance, data in the RTO’s office is parked on a client server mode. On asking why it was operating in that mode, they say connectivity is an issue. But when you ask the connectivity provider, they blame it on someone else. So, many of these applications require to be restructured, revisited and probably rewritten to leverage the latest technology. All the applications must also be able to deliver the information and services on the mobile platform.

Moreover, there are many new services that can be built, as at that time neither mobile was there, nor was the cloud. Therefore, it is time to restructure them now. One effort that we are making in the IT department is to evaluate all the MMPs which are there and see if there are possibilities for technology upgradation. If there are possibilities, then we must leverage them and make them cloud compatible.

Another area that can be leveraged is that of applications, which has multiple extensions housed in multiple data centers of each state. Each one is trying to mutate and modify that application, so today we are 35 versions of the same application. Now, given that the cloud is there, it is possible to have a single application hosted in a single server having different data bases.

The new government has put a lot of emphasis on technology, e-governance, and governance and development. Even the President in his speech stated that efforts on e-governance would be the focal point. I am sure all of us together, in all the departments, states, central and municipal governments will make efforts, so as to really leverage the latest and best in technology. Aadhaar cards are actually a case of a digital identity on the cloud which can be accessed by anybody, at anytime and from anywhere, and which can be combined with any application.

We must have intelligence in the local system as we have the advantage of the cloud today. The cloud is the order of the day and we need to move on to the cloud.