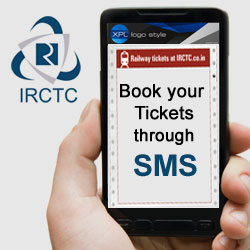 Presenting the NDA Government’s maiden Railway Budget 2014-15 in parliament on July 8, the minister said E-ticketing system will be upgraded to the next generation, which will support 7,200 tickets per minute to allow 1,20,000 simultaneous users.

Further outlining the IT initiatives, Gowda said the railways will be turned into a paperless organisation in the next five years.

“We will provide wi-fi services at A-1 and A category stations and in select trains, real-time tracking of trains and rolling stock, mobile-based wakeup call system for passengers and mobile-based destination arrival alert system,” he added.

Gowda’s maiden budget, which spared passengers of any further fare hike, proposes to attract private domestic and FDI in infrastructure projects and pursuing private-public partnership to boost the finances of the cash-strapped railways.

However, rail fares were hiked only recently by a whopping 14.2 percent.

Gowda said he plans to leverage the PSU’s resources by bringing in their investible funds in infrastructure projects.

He announced plans to introduce a bullet train in Mumbai- Ahmedabad sector and setting up of a Diamond Quadrilateral network of high speed rail connecting major metros and growth centres. A sum of Rs 100 crore has been provided for initiating the project.

Increasing the speed of trains to 160 to 200 km per hour on nine select sectors was another highlight of the budget, which proposes to allow all experimental stoppages to lapse after September this year.

The Budget disclosed that traffic growth declined and expenditures went up in 2013-14 as compared to the revised estimates of previous financial year.

The ordinary working expenses and pension outgo were also higher.

The budget estimates for 2014-15 assumes a freight loading 1101 metric tonnes, 51 metric tonnes more than the previous year, growth in passenger traffic at 2 per cent and freight earnings at Rs 1,05,770 crore.

Passenger earnings will be Rs 44,645 crore after a revenue sacrifice of Rs 610 crore on account of monthly season ticket fares.

Disclosing that he needs more than Rs 9 lakh crore to completing the Golden Quadrilateral Network and Rs 60,000 crore for introducing one bullet train alone, Gowda told the House, “Can I depend only on hiking fare and freight rates and burden the public to realise these funds? This is unrealistic. I need to explore the alternate means of resource mobilisation.”

He proposed to launch a scheme to bring in investible surplus funds of railway PSUs in infrastructure projects which can generate attractive returns.

Internal revenue sources and government funding are insufficient to meet the requirement, the Railway Minister said, adding the ministry is seeking Cabinet approval for allowing FDI in rail sector.

FDI, however, will be limited to infrastructure development and not allowed in operations, he said.

He said the concept of PPP has not been successful in raising substantial resources for railways. “It is my endeavour to pursue this in right earnest. It is our target that bulk of our future projects will be financed through PPP mode, including the high-speed rail, which requires huge investments.”

Apart from mobilising resources, Gowda said he needed to strategically manage other aspects of planning and administration by adopting a near-holiday approach, setting timelines for ongoing projects, strategic partnership and aggressive indigenisation of imported projects.

In order to strengthen security in trains and stations, the budget proposes to recruit 4,000 women RPF constables. Already 17,000 RPF constables have been recruited and shall be available for deployment shortly.

Gowda said safety of passengers is of paramount importance and it is estimated that over Rs 40,000 crore would be needed to be invested in track renewals, elimination of unmanned railway crossings and road overbridges and underbridges.

A provision of Rs 1,785 crore has been earmarked for railway overbridges and underbridges.

While Udhampur-Katra rail link in Jammu and Kashmir has been dedicated to the nation, the focus will now be on completion of the missing link between Banihal and Katra.

18 new line surveys have been announced, which include rail connectivity to ‘char dham’ — Kedarnath, Badrinath, Gangotri and Yamunotri and Shimoga-Sringeri-Mangalore.