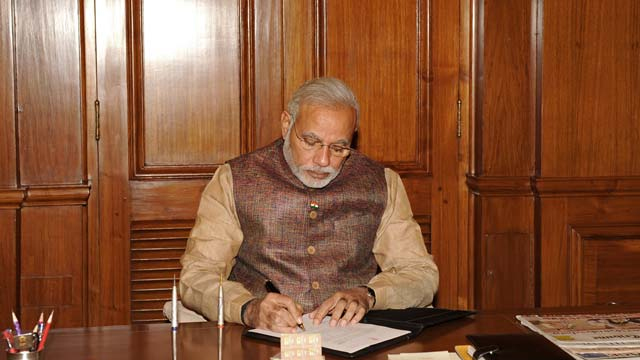 In a first, Prime Minister Narendra Modi, met the Secretaries of all government departments collectively and asked them to directly get in touch with him to resolve policy issues and expedite decision-making. The meeting was intended to give the bureaucracy a greater role in effective governance.

After making initial remarks Modi asked the Secretaries to raise issues. About 25 Secretaries spoke on the sectoral issues under their responsibility. Sources said that discussions were focussed on making governance more effective.

The  marathon meeting also underlined the need for greater transparency, and speedy and effective governance. To ensure that implementation of decisions and programmes are not stuck in “red-tape”, he asked the Secretaries to call him or e-mail him directly for suggestions or interventions required in resolving issues or expediting decisions, said sources.